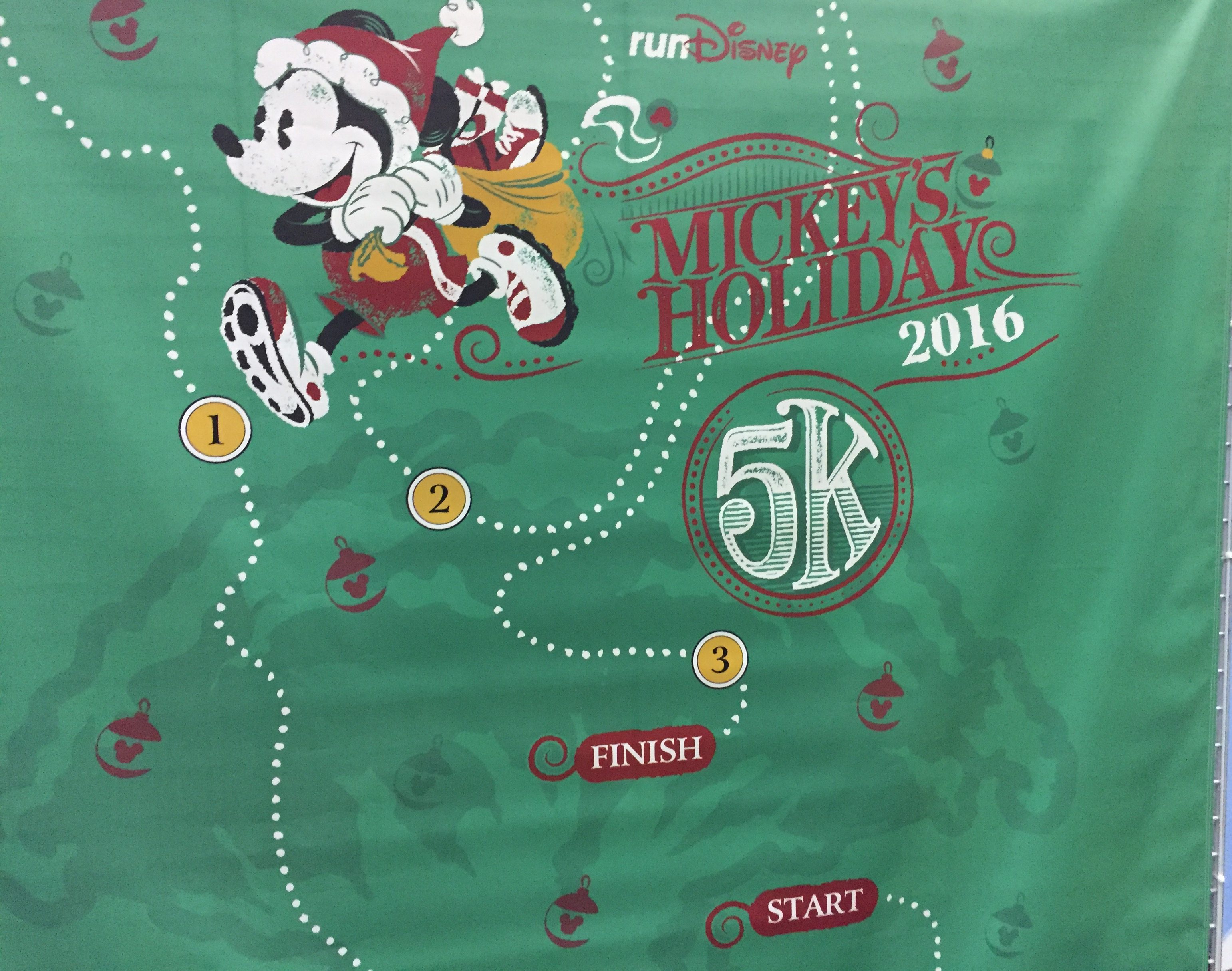 Is Hunger Games a Disney Property?

It’s been over six months since the last East Coast race. (Star Wars Darkside Weekend) The merch section had gotten much better at that point. The experience was flawless at the most recent race out on the West Coast. (Disneyland Half Marathon). I was very surprised to see how it all fell apart and descended back into chaos. Is it the type of crowd? line management? Scalpers? It’s likely all three.

They would only let a set amount in for Star Wars at a time. This made the line longer outside, but made the shopping experience much quicker and enjoyable. This time they went back to a Hunger Games style free for all. It was packed!  I typically only get the challenge magnet and maybe a pin….Friends were telling me afterwards of broken glass on the floor and pushing and shoving.  Sometimes I think it might be worth it to pay the scalpers to do battle on my behalf.

I’ve learned this after a year of races: Wine and Dine and Princess Expos are the worst. Go early or later and prepare for madness.

An extra tip for you: There is a smaller, less crowded store at the end of the bib pickup. It doesn’t have everything, but sometimes it has stuff the big one does not….and its not nearly as busy.

Thankfully the Galloways were there on the other end. We had talked about running a race together out in California and were talking through a strategy on how to coordinate. 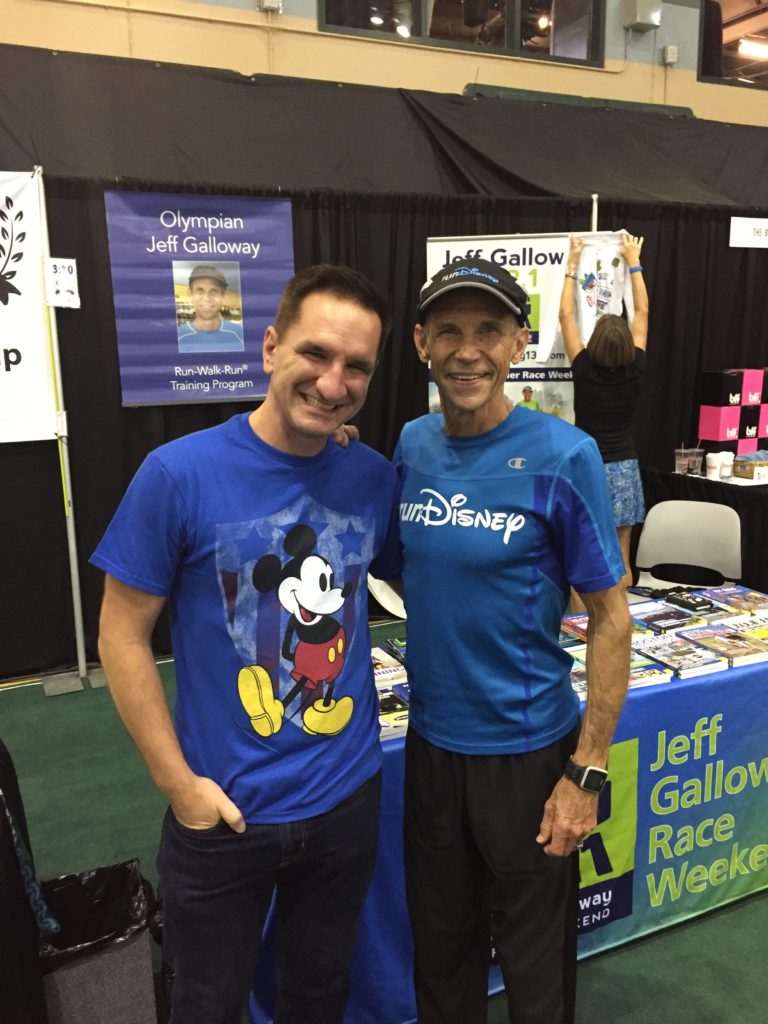 I got a chance to see the announcers at the Expo. I’ve been running all year and never run into them outside race, so it was fun to grab a quick photo with them. 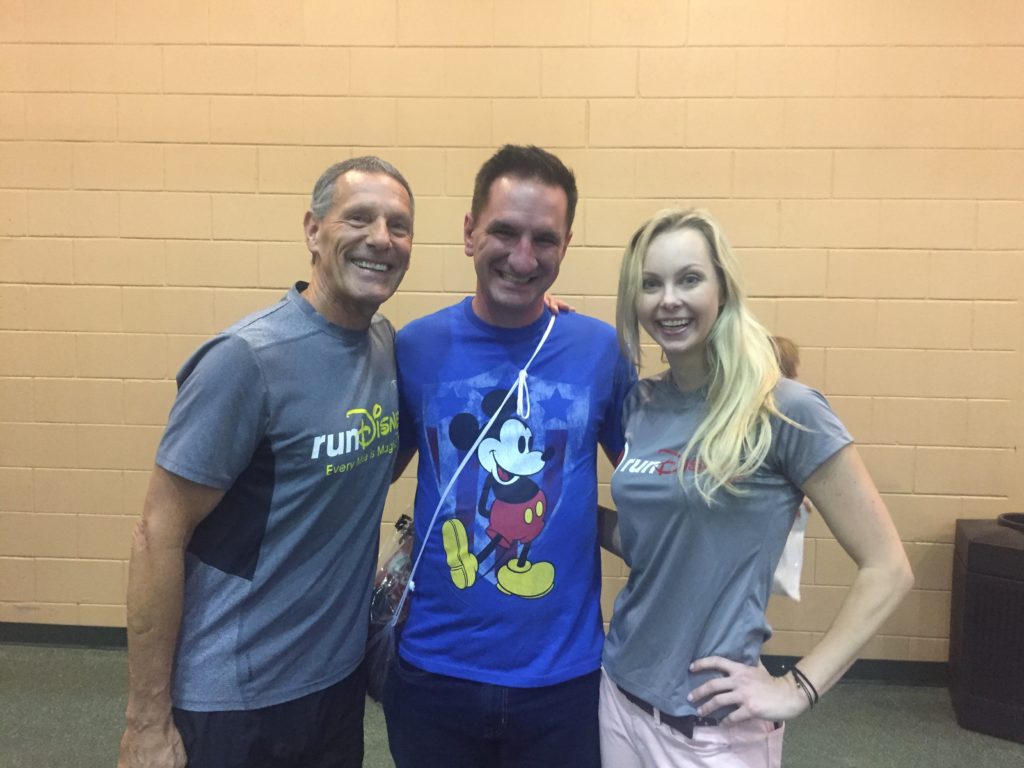 The rest of the expo was great. I wish they would just get this merch deal figured out and it would be a fantastic expo. 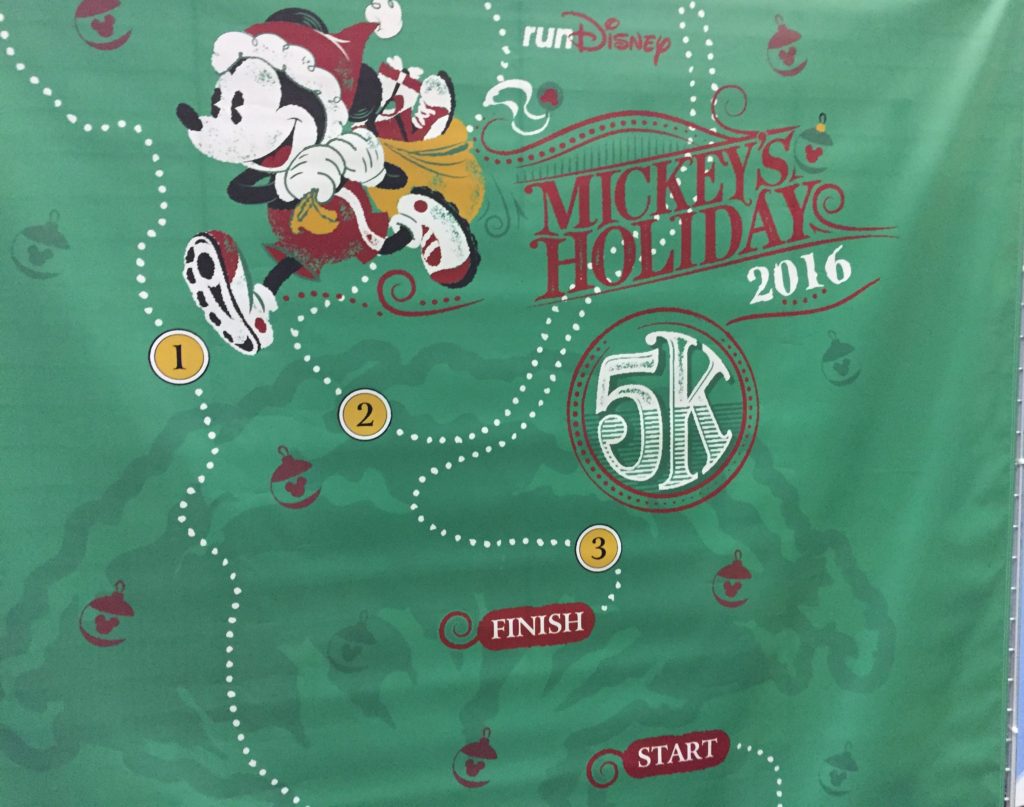 This year Disney expanded the race series to three races and in doing so re-branded the 5K race from Mickey’s Jingle Jungle 5k to Mickey’s Holiday 5K. A couple of my character hunting friends were intrigued with what possible changes could be made to character meets as well.

It turns out not much really changed. The course was identical and many of the characters were the same. It was still a great race and the only one that starts and ends at Animal Kingdom.

I was feeling good about the race and starting to get some of my speed back from doing some actual training before a race. I decided I would got hot for the first mile and see what kind of mile I could get in. I was in the top 10 with a mile of 6:49 before giving it up for the characters. 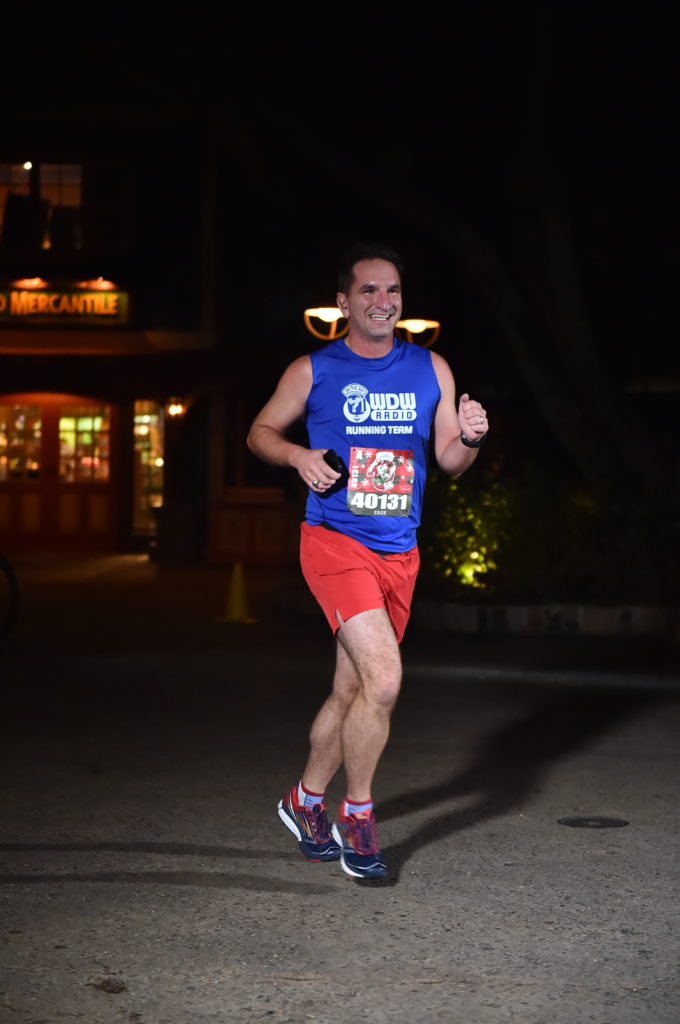 Keeping with tradition of patriotic for the Disney 5Ks

I stopped for almost all of the characters. It’s starting to get to the point where I won’t wait in a line for ones that I already have unless I’m running with someone. 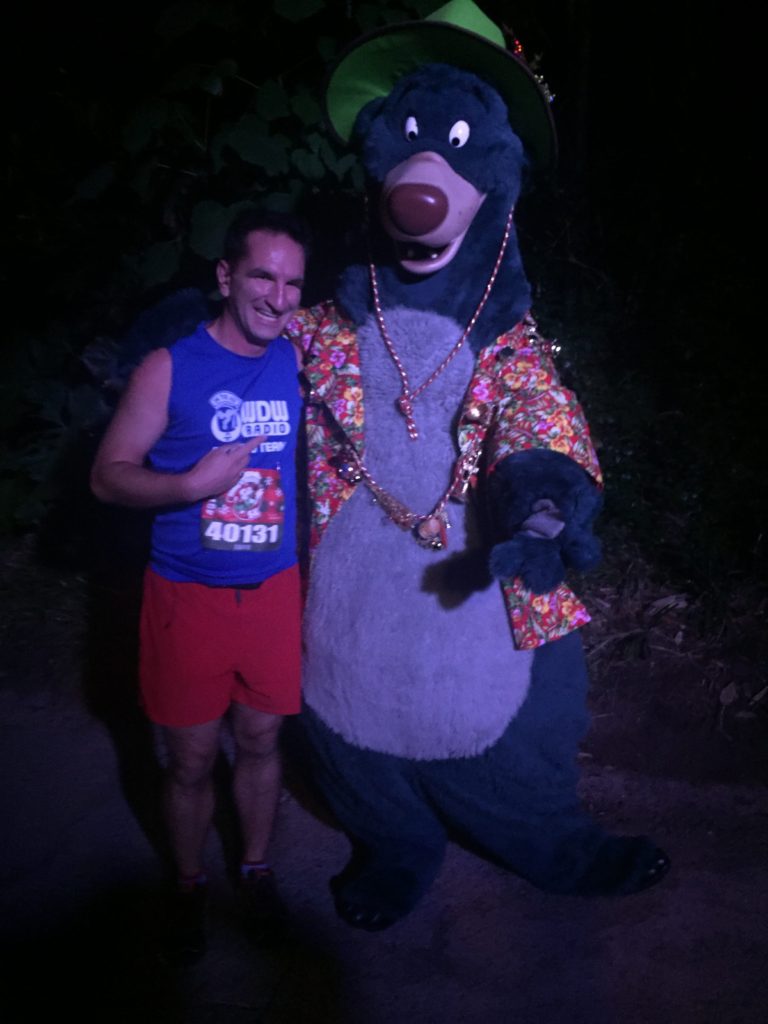 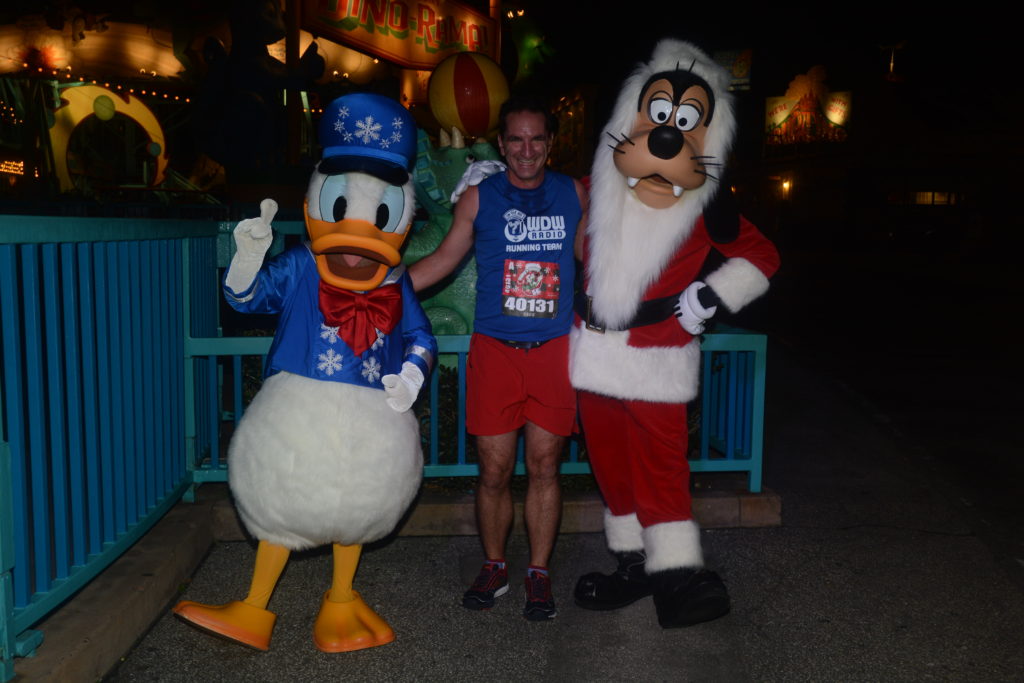 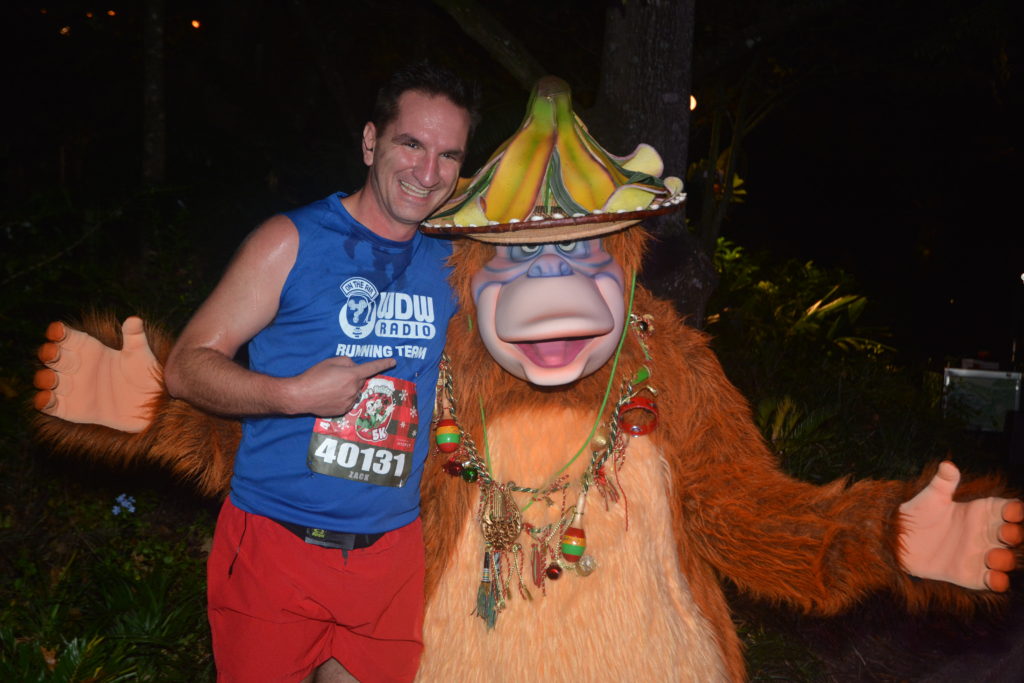 I turned back on a little speed after a few character stops that were stacked on top of each other.  During the the last half mile I pull up along side Carissa who had left the announcing stage to run the race that day.  We were running a pretty similar pace so we ended up finishing together.  That was an unexpected fun moment to end the last 5K on the East Coast with! 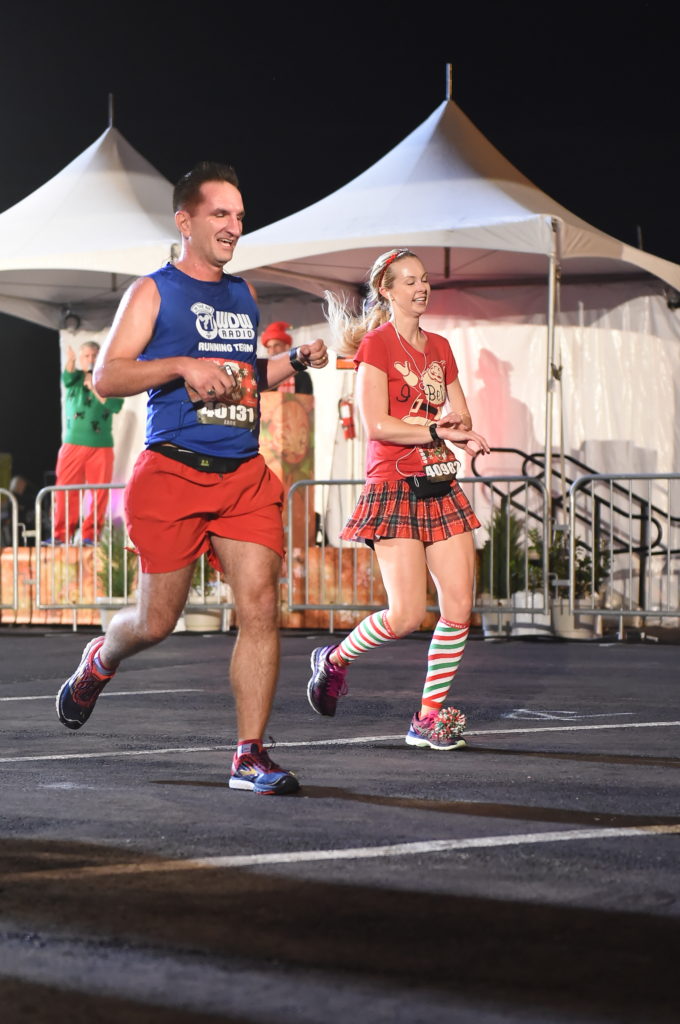 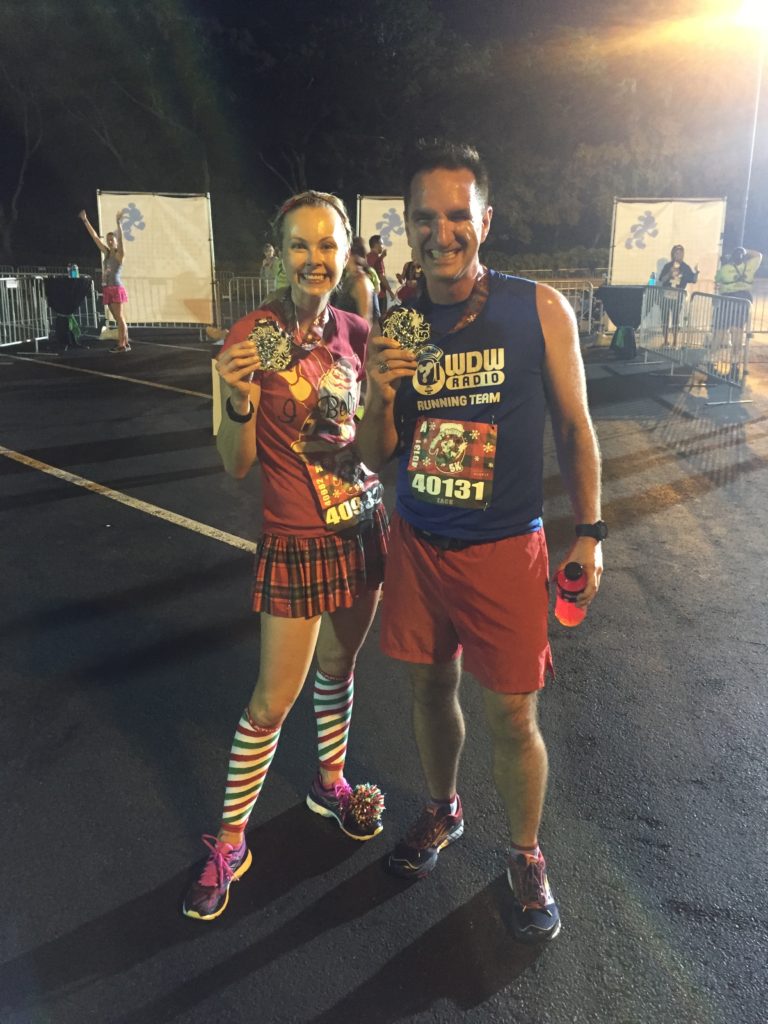 This may be my favorite 5k on the East Coast. I’ve done well the past two years here and every other 5k is the same course out at Epcot. The weather is great and the scenery is nice. It’s one to add to your list if you want to do a fun DisneyWorld 5K. 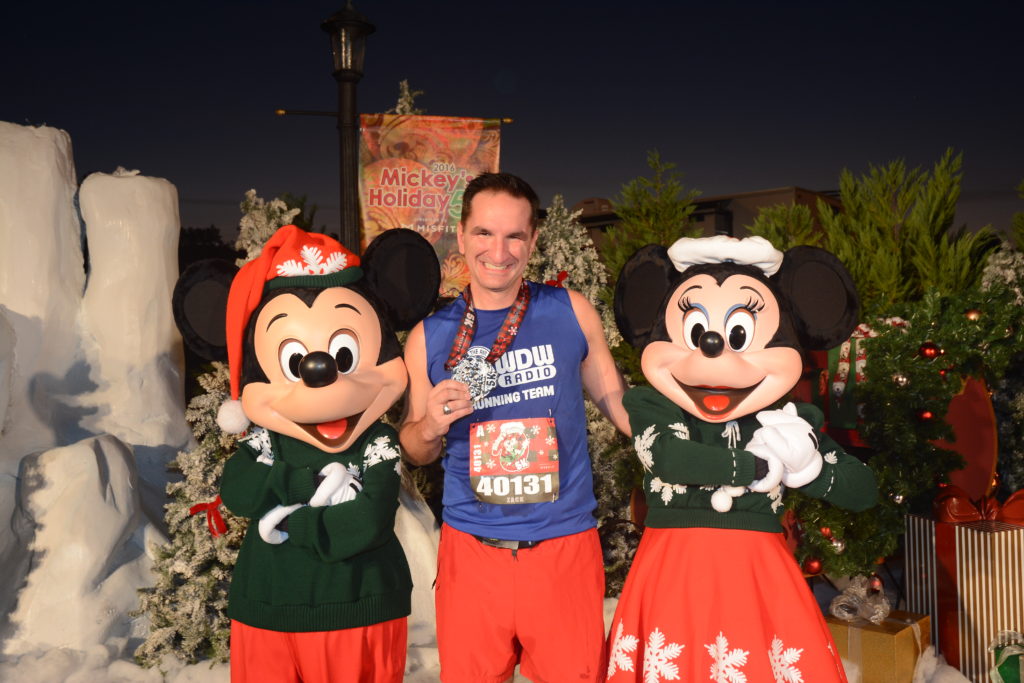