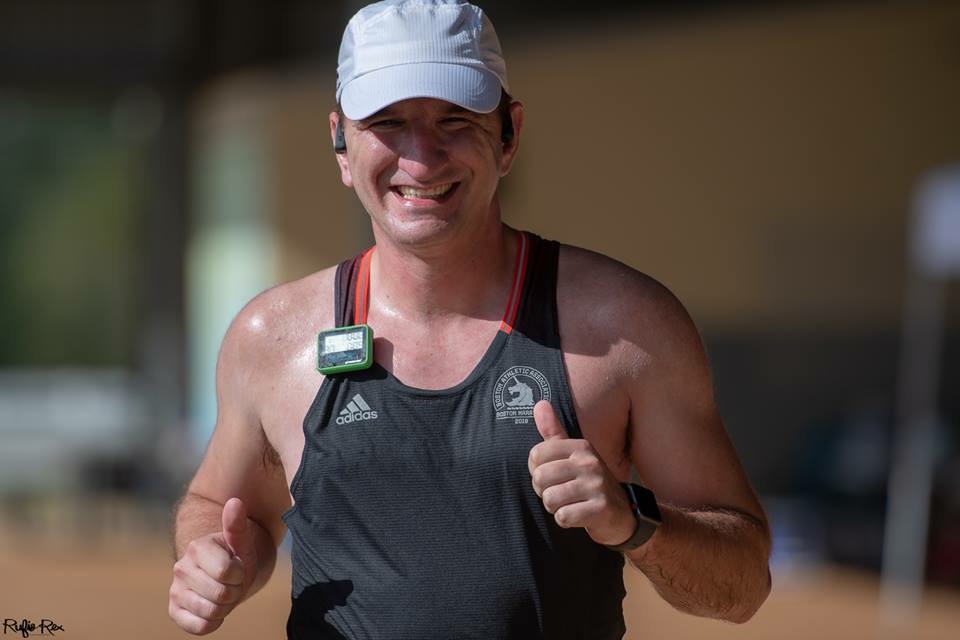 “Well, how are you changed?” My wife asked me two days after I finished running 37.5 miles at the Wildcat 100 in Pensacola, FL.

“I feel satisfied…like I don’t have anything left to prove and ready to move on to the next thing.” I replied.

It was a crazy race. I came with the intent on running 100 miles in 40 hours. I had gotten some good tips from Jeff and Barb, reflected and learned from my 24 hr race last year and some good takeaways from a solid showing in Boston this year.  I was mentally and emotionally ready to tackle this race.

We set up the night before the race which I was very thankful for. It would be an additional stress to do that right before the race. The race organizers were fantastic, supportive and had us great facilities including a covered area for our tents, showers, full restrooms and a great aid station.

The course itself is very deceptive. You think FL and you think nice and flat ground. This had a variety of hills and included running along a few of the hills. (Meaning you were running at an angle). 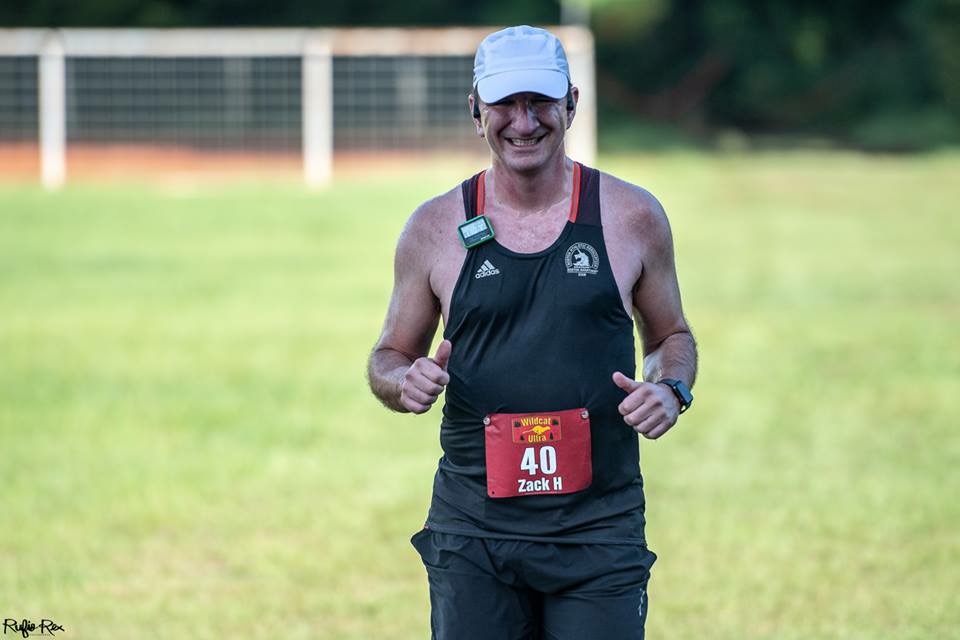 Nearly all ultramarathons are some type of loop. This one was a 2.5-mile loop. With loops, all the nuanced pieces of the course are naturally multiplied. One of the sloped sections was a little over 100 yards and at about a 30-degree angle, which would not be that big of a deal if you are just running through it on a normal race. In this circumstance, I ended up running over a mile on it.  Those small technical pieces can grind you down without you even realizing it.

Lesson 2: The mind will try to take you out at some point.

Any race that I’ve done that’s longer than a half marathon, (and even some of those) The mind comes in and tries to take you out of the race. This is often referred to as The Wall and typically hits between mile 18 – 20 of a marathon. If you know it’s coming and are mentally prepared, you have a better chance of pushing through.

It can come at any time at the ultra and can even leave for a while and come back later since the race is so long. I had an unexpected bout really early at mile 12. It was more of self-doubt than anything. At that point, it was mid to upper 80s with the sun beating everyone down. How do I keep that up for 30 hrs? I eventually broke through it and embraced the situation I was in. 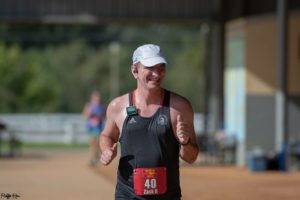 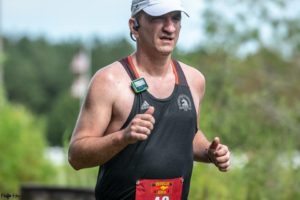 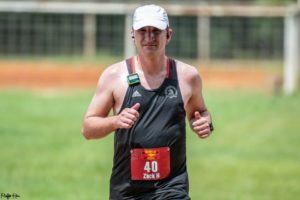 Lesson 3: Your race can change quickly.

In the afternoon, it began to rain…..hard. Here’s a video where you can hear how hard it came down at some points.

I’m fine with running in the rain and I actually enjoy it most of the time. One of my favorite runs ever was during a tropical storm. The wind, water and changing environment is oddly exciting to me. It was during this race as well.

It rained 3 inches between the first storm and the last one that night. The rain itself didn’t bother me at all, it was when the rain took on the multiplier effect of lesson #1 that I was in big trouble.

The amount of water wrecked my feet. Part of the trail was underwater from the flooding and grass kept your feet wet even between the storms. As a result, I got several blisters on my feet in a short amount of time. I stopped after every 2 laps to lance all the blisters, apply a special type of band-aid to them and change out socks.

My mind was strong, but my body was starting to fail me.

Old injuries came creeping back as well. Both sides of my hip, my right knee and my upper and lower back were killing me.

As night fell, I made the decision to up my body care, but it’s a one-way ticket. It involves wrapping the affected area in medical grade sports tape. It works fine on the feet, but the after effects on places like a man’s hairy legs are awful. They must use this stuff as the basis for Gorilla Glue, because the glue stays long after the tape is gone.

I taped up a large portion of my legs and got back out there with my headlamp in the dark and turned in one of my faster times of the race. Halfway during the second lap, the rain came back. Imagine yourself driving down the road at night with no windshield and only one headlight working.  Still, my spirit was strong, but a whole new round of blisters popped up and within a mile my body had broken.

I was disappointed and felt like I had let so many people down.

My wife took me back to the hotel and I got a good amount of sleep before heading back to the course the next morning. By then, I had made peace with being satisfied with my 50K. I only got a stronger confirmation of this when I checked in with our tent neighbors and found out that two people were put in the hospital during the night. Both of my neighbors dropped back like I did, and when a couple that runs 300-mile ultramarathons says that this was their hardest race, you believe them. The first place runner also quit after being 75% done. 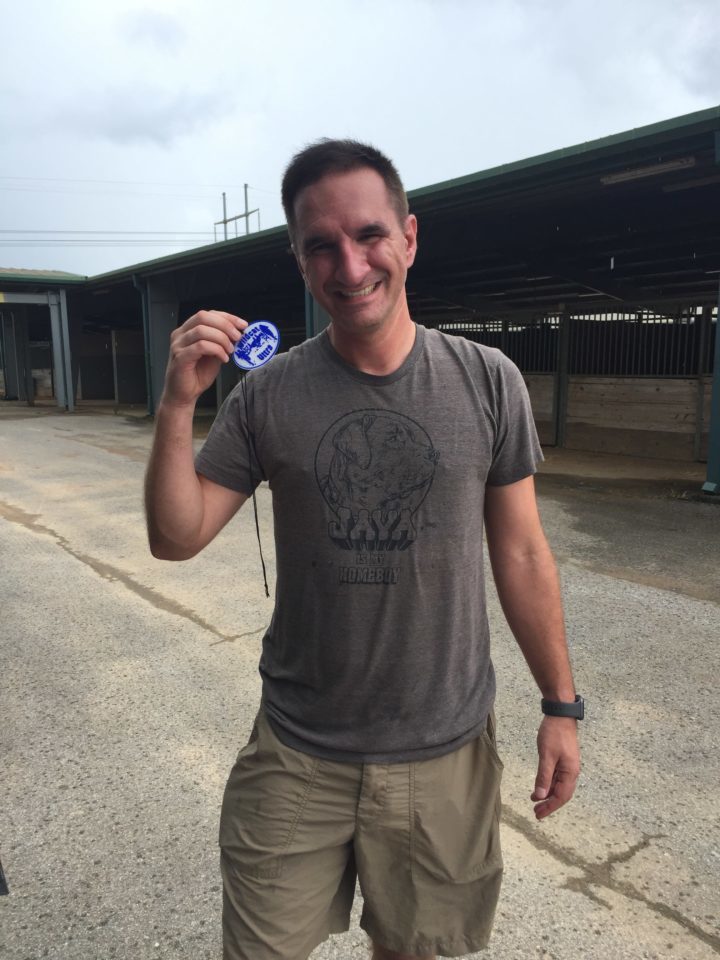 Lesson 4: Friends and family are everything.

I ended up running this race solo, which is not how I planned to going into it. Sharon organized a phone schedule and a bunch of my friends called me while I was out on the course. It made all the difference. Julia was the first to call and it was right during that early mental battle. Just having someone to talk to helped me overcome that hurdle. I also talked to other friends while running in the rain, navigating flooded paths, taking some breaks and out at night. Thank you all that took to the time to call, text or message me on social media. It was more impactful than you know!

I do have the best family. Sharon would often be waiting on me as I finished my lap, had me a Powerade and would either apply Biofreeze to hurt areas or reapply sunscreen as I walked. She was like a rolling pit-stop in Nascar! Beth walked a lap with me when I was really hurting and she helped me really make it through the heat before all the rain came. My son just entertained people and explored the area. He enjoyed being out there as well.  I could not do what I do without you.

This was the cap to my race season. I ran 1 5K, 4 10Ks, 4 half marathons, 3 marathons and an ultra marathon.    I do have a few bonus races left in the calendar year with a really fun finisher prize for the next series in October.

Keep pushing yourself to reach your personal goals. You are capable of much more than you think! 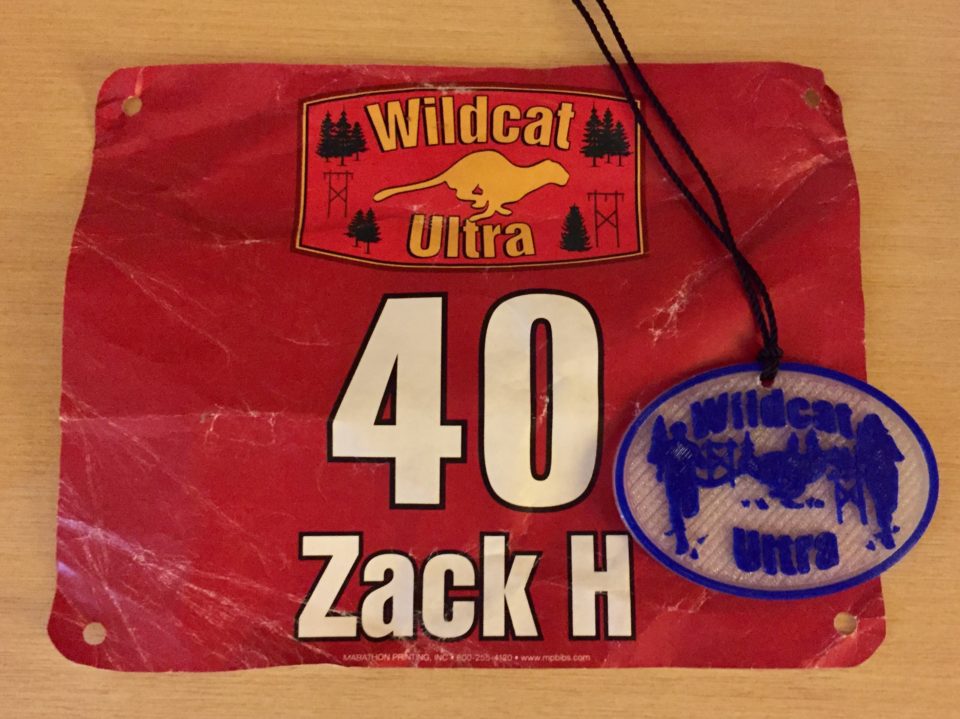