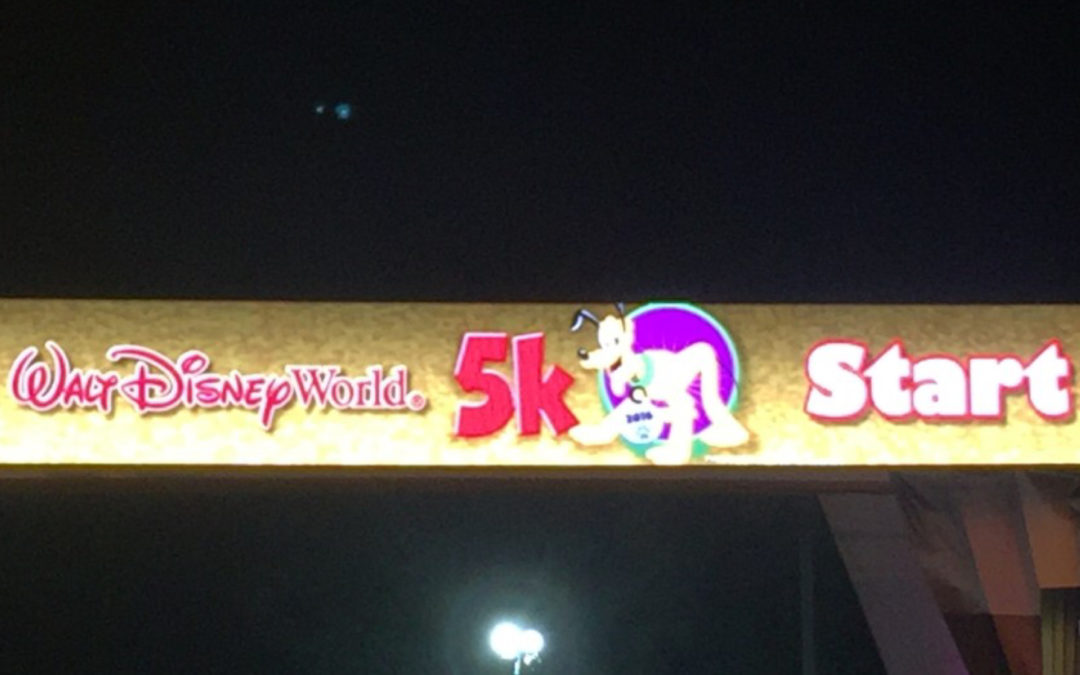 A cold, wet start to the weekend.

This has been on my radar for four years now.   In the mean time, the race grew to what is now the Dopey Challenge. It’s a 5K, 10K, half marathon and marathon all back to back. I’ve been saving money for two years and training for over a year. It was time to kick off this challenge of ultimately doing every Disney race in the US in a year.

The 5K was not the nice, lovely race weather that you would hope to start out on. It was cold, it was misting and the wind kept picking up.  I got there way too early (again) but some of the WDW Radio Team were already starting to show up too. We hung out a while before heading off to the corals to start the race. 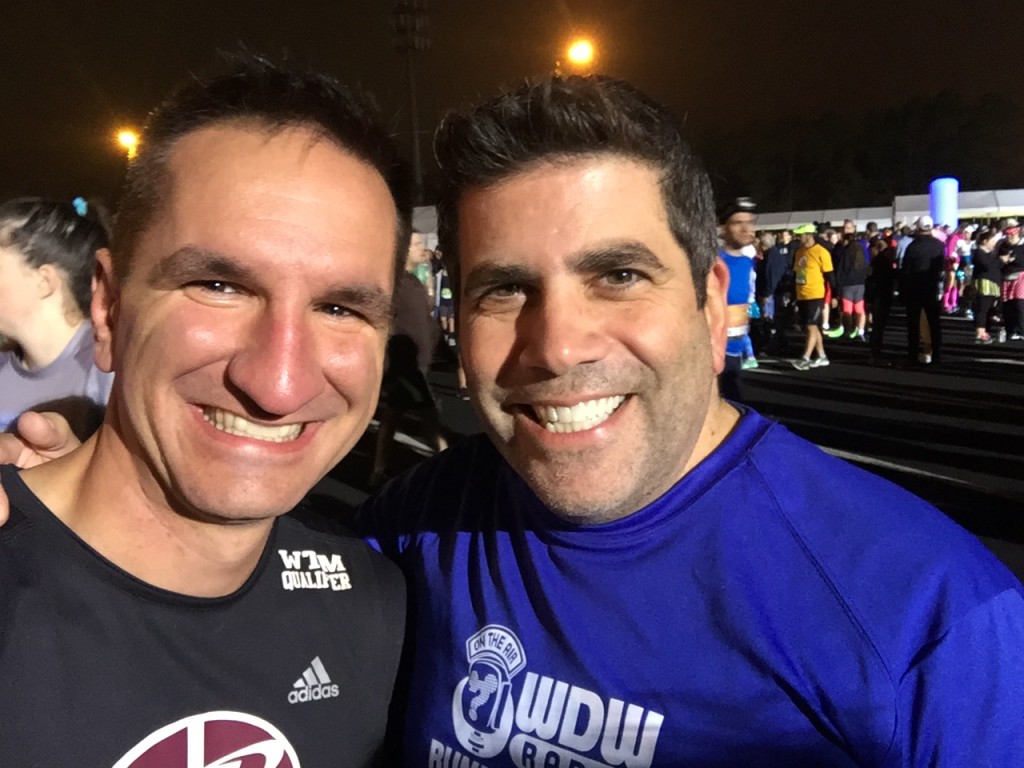 The course itself stayed in Epcot for the most part. You start in the parking lot, go around the back and enter in to park near China. I made a commitment to myself that I would only stop for characters that I didn’t have or needed a better picture with. I needed any buffer I could get and it would take me forever if I stopped at every picture spot. There weren’t a bunch of characters out for the first race. They did have Chip and Dale and the Incredibles around the first mile. 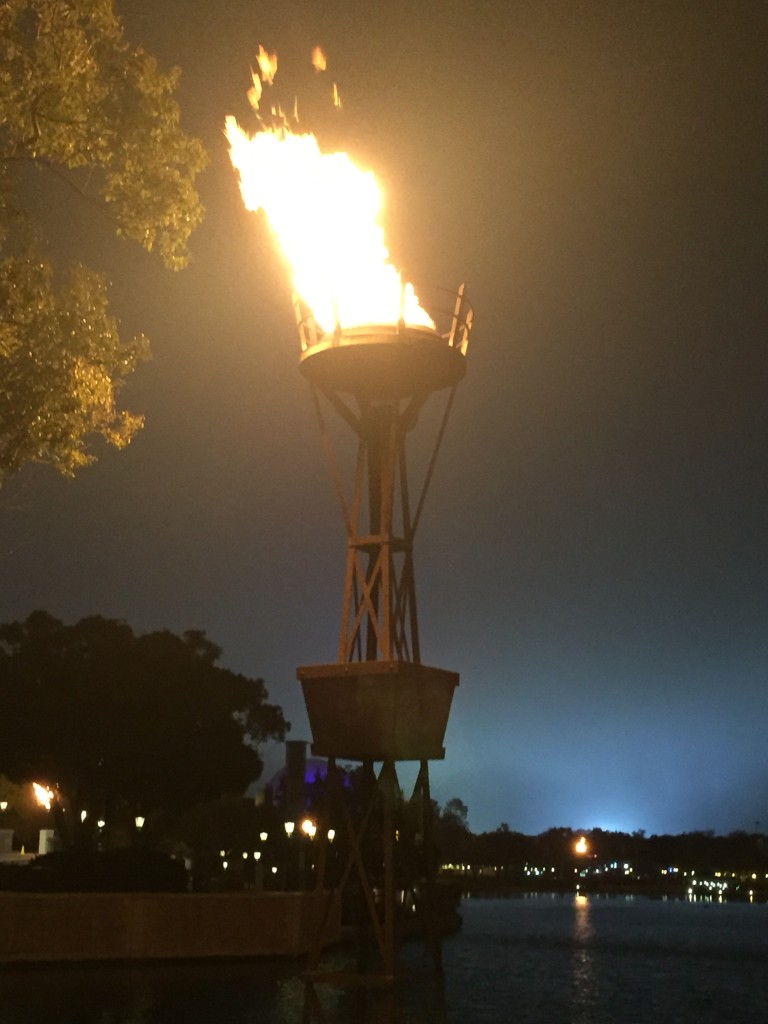 I’ll say it was neat to turn the corner into Epcot proper and see it lit up by the giant fire torches and cast members cheering you on.  My first character stop was a good one…Mittens! (from Bolt) She hasn’t been out in forever and I was super excited to see her. It was funny because there wasn’t really a line and no one knew who she was. The person in front of me asked the cast member who it was and they didn’t know either.

“I don’t know…” as the cast member shrugged.

“Hmmm… it’s some cat from one of the movies.” They responded.

I stepped up, got my picture, and moved on. 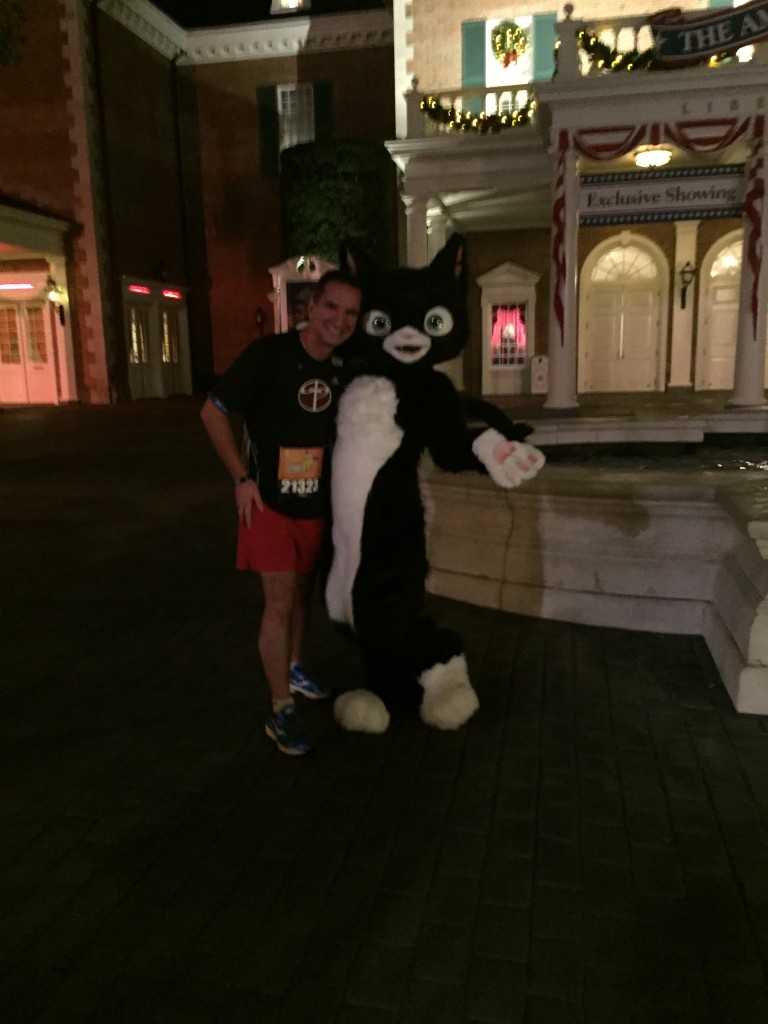 She was the only uniquely new one that I needed for that race. I  stopped to get pictures with Marie because she’s one of Beth’s favorite characters. I also stopped for a picture with Lilo because no one was stopping to get a picture with her. I heard that Phineas and Ferb were on the course, but they were not out yet, when I passed through the area. 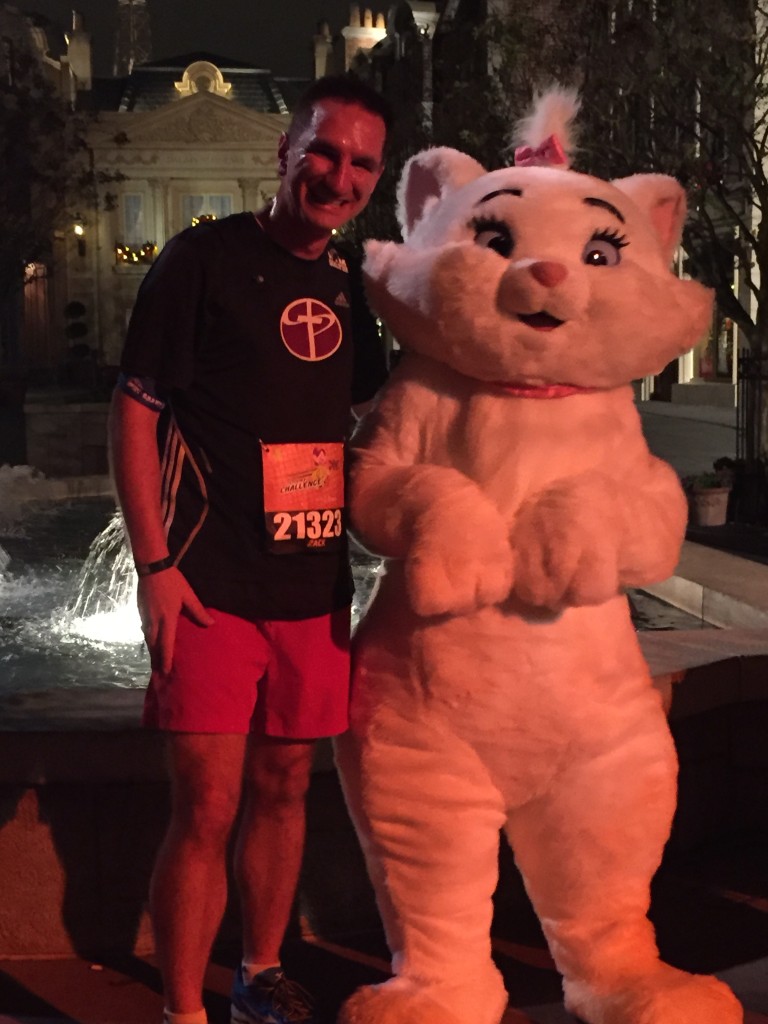 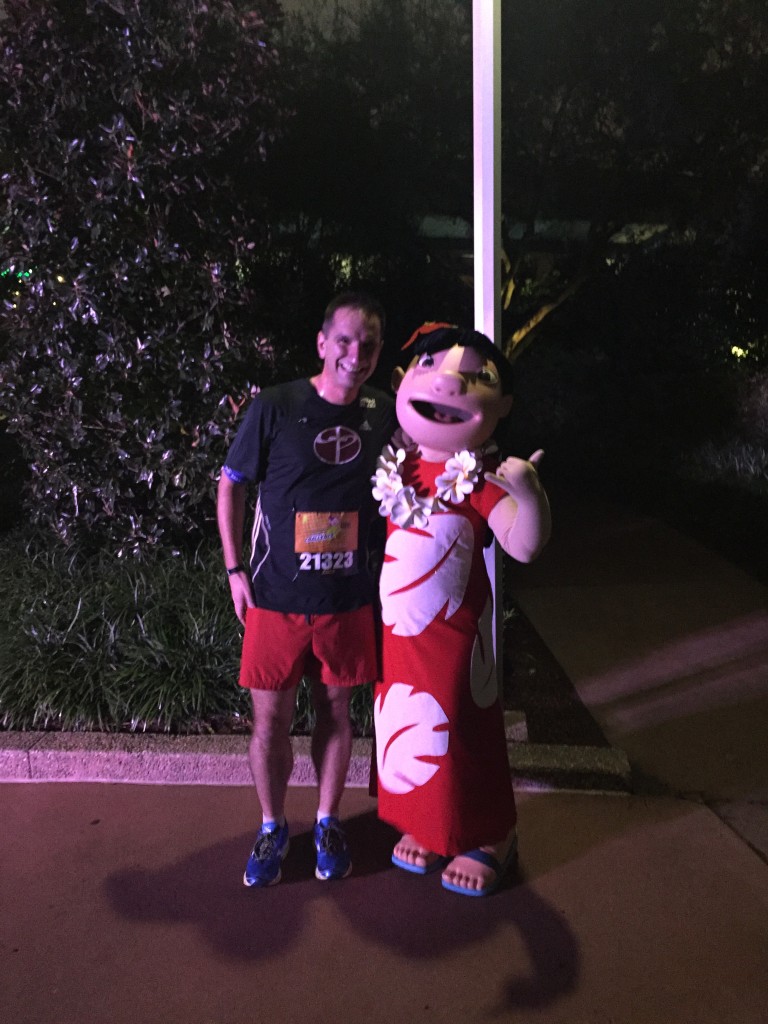 I finished off the race with a decent time, even though I wasn’t pushing myself. I was also able to get a picture with Pluto since it was his race that day. Besides the weather, it was a great start to weekend! 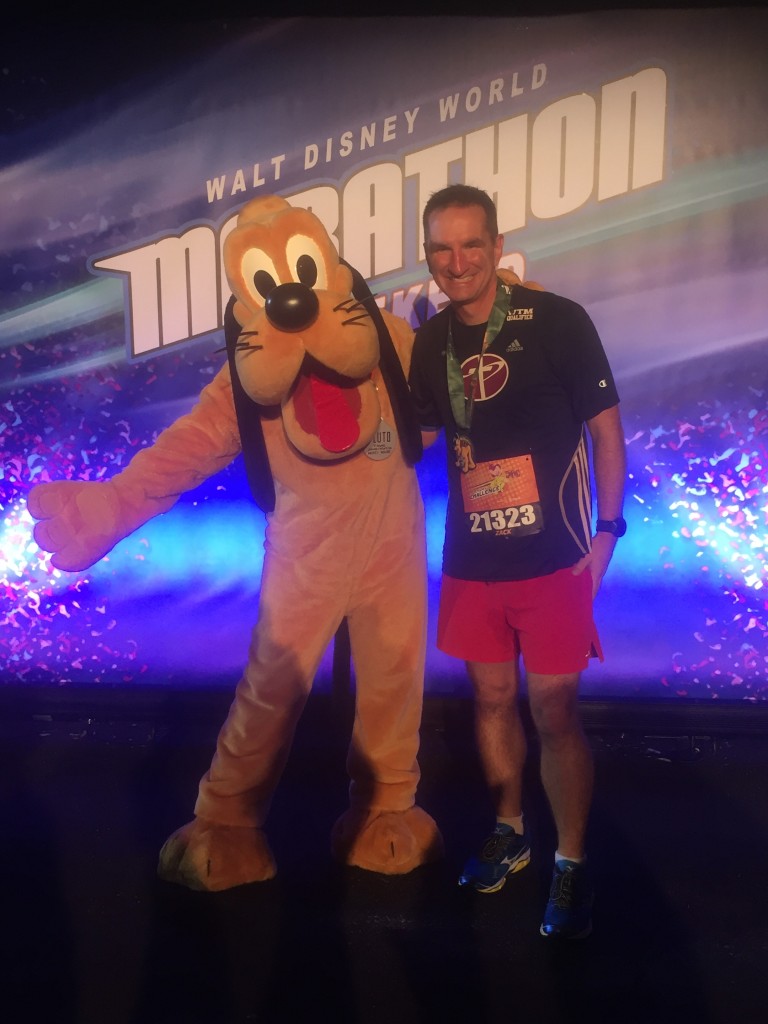 After the race I had breakfast with Bart Yasso and the Runners World crew. They were fun to hang out with and I was able meet the team that works on the magazine.

Check back tomorrow for the 1oK Recap!