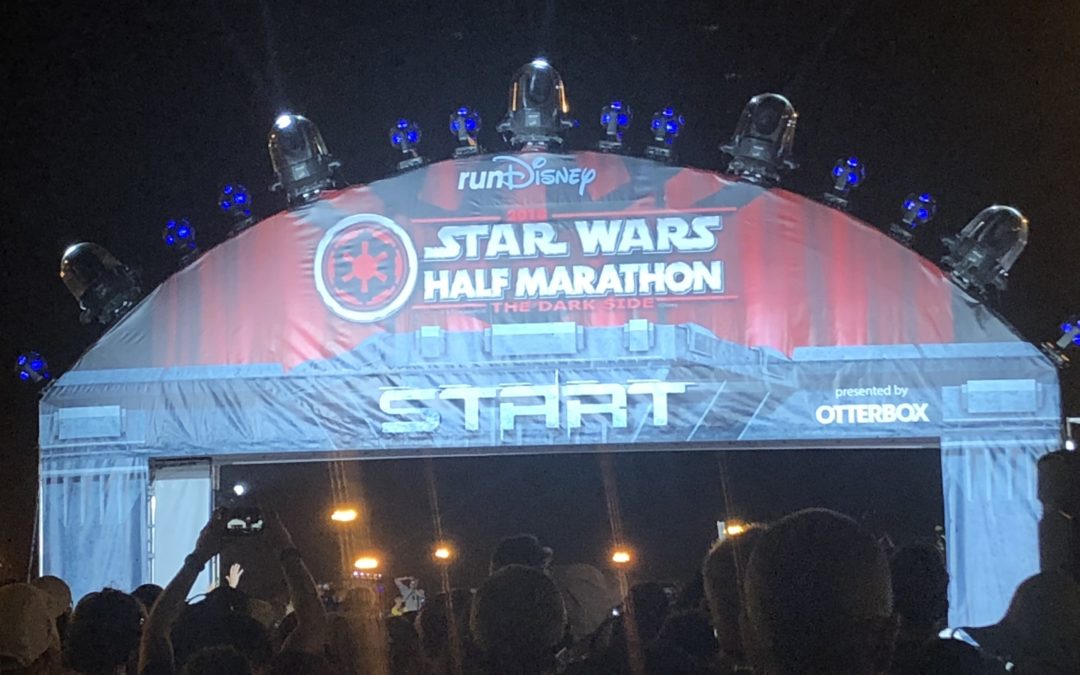 This race is one of the few “one-ways” that Disney does throughout the year. The majority of them are loops for the most part. basically beginning and ending in the same general area. On these, if you are driving, you’ll park at Epcot and bus over to the start near Magic Kingdom. Remember to build in some extra time when you attend of these races. 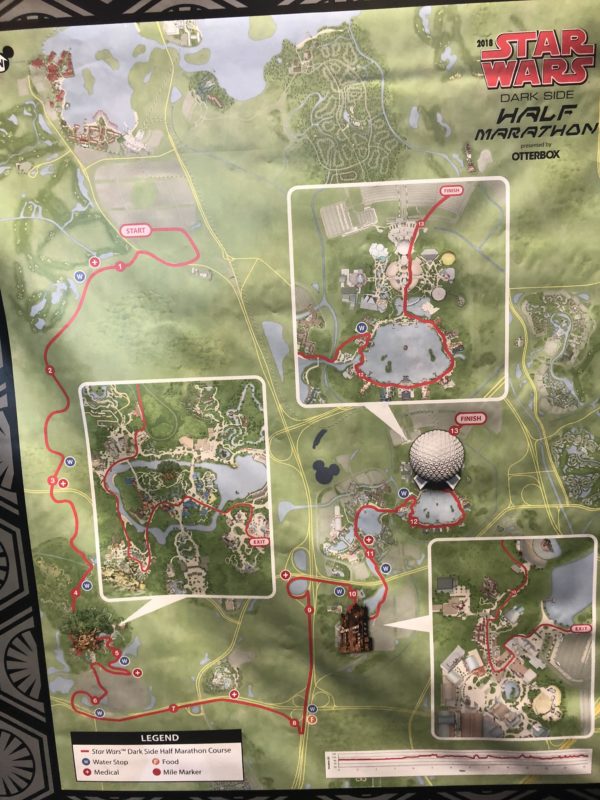 It’s always nice to see the WDW Radio Running Team to start your morning out right! 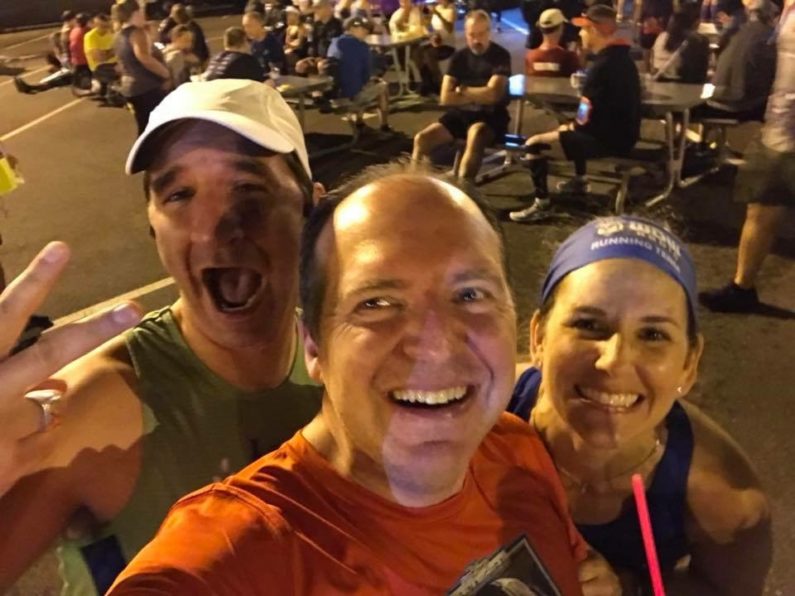 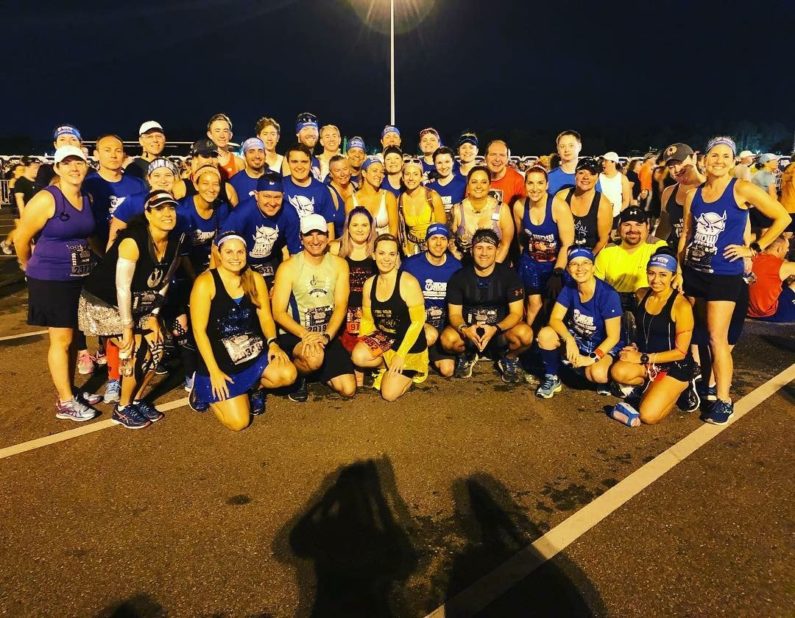 I was looking forward to this race mainly because Jeff and Barb were going to run with me and it had been so long since we got a race in together. They are truly a joy to hang out with and I was going to appreciate the company on this very hot run. 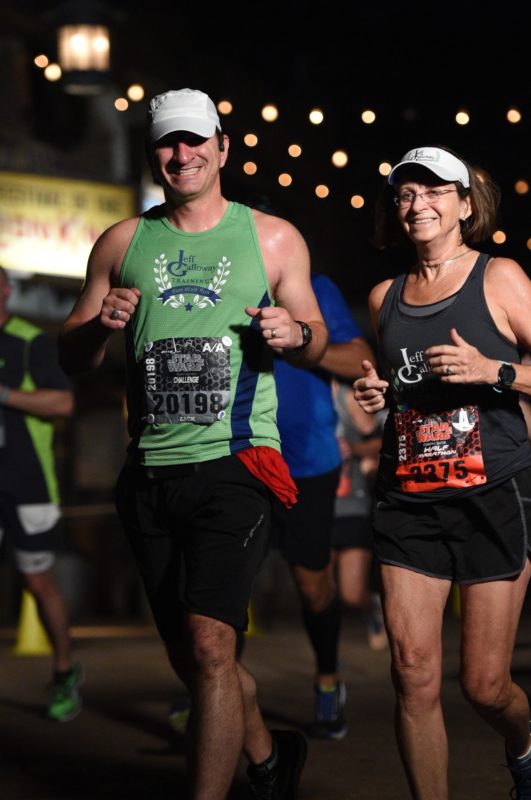 There were not many photographers out all on the first half of the course and to make matters worse, the sewage treatment plant was in rare form that morning. I stand in awe of the volunteers that help out in that area. Getting to run through Pandora for the first time was fun though and then it was off to race the sun up. 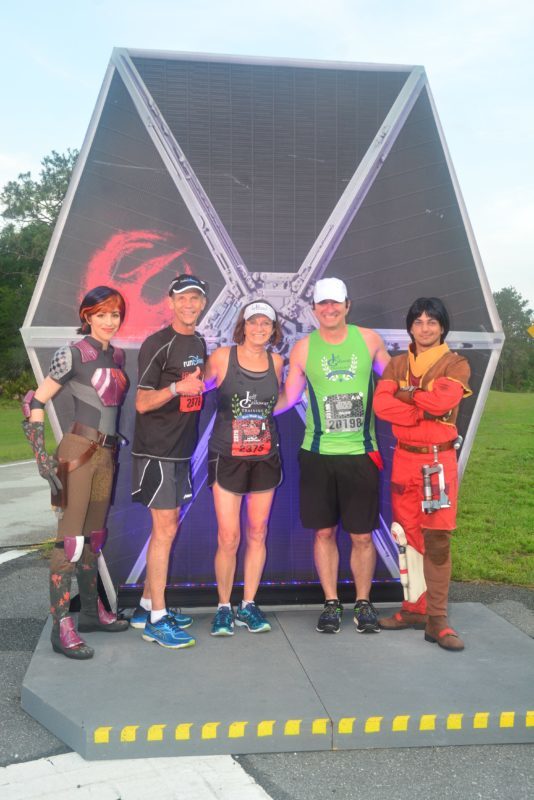 Once we hit Hollywood Studios it was a different story. There were photographers everywhere! We try so hard to get group pics but they rarely come out. I can’t really blame the photographers. They are taking a million pictures and its hard to tell who is solo and who is together most of the time. We did get a few group ones in Studios. 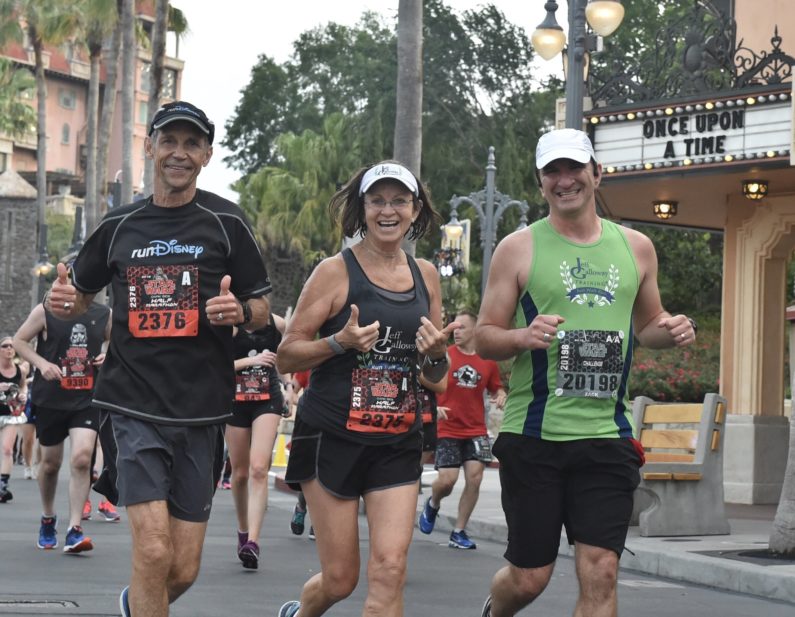 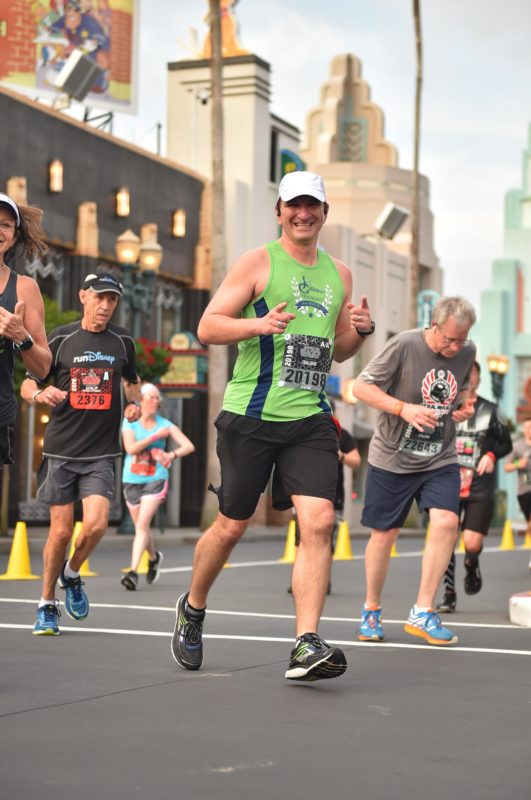 We tried again in Epcot was another good group of photographers. 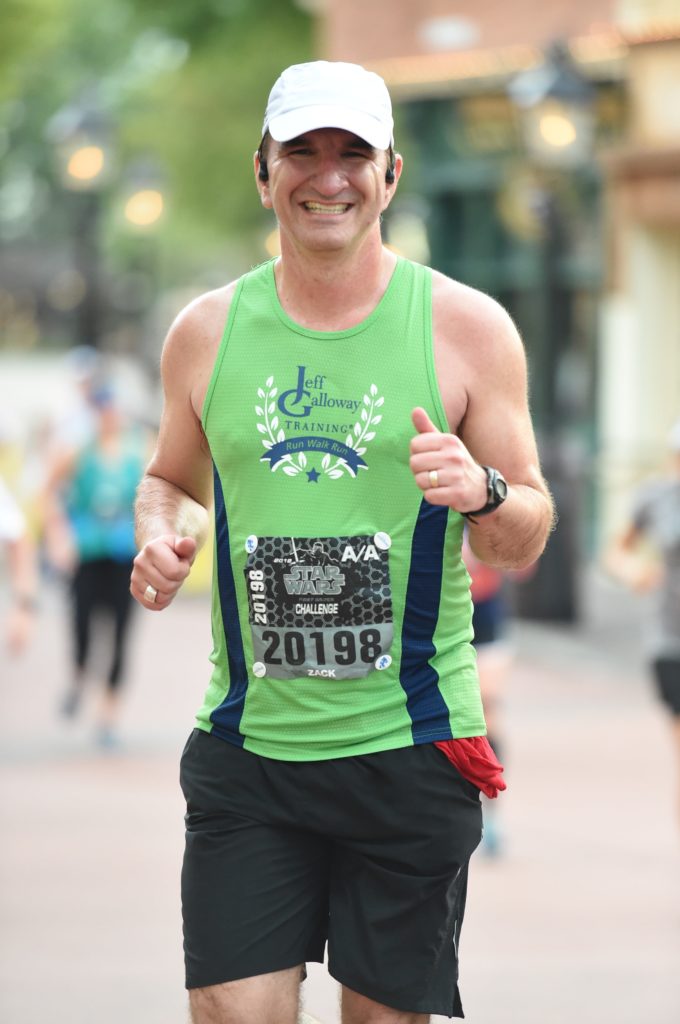 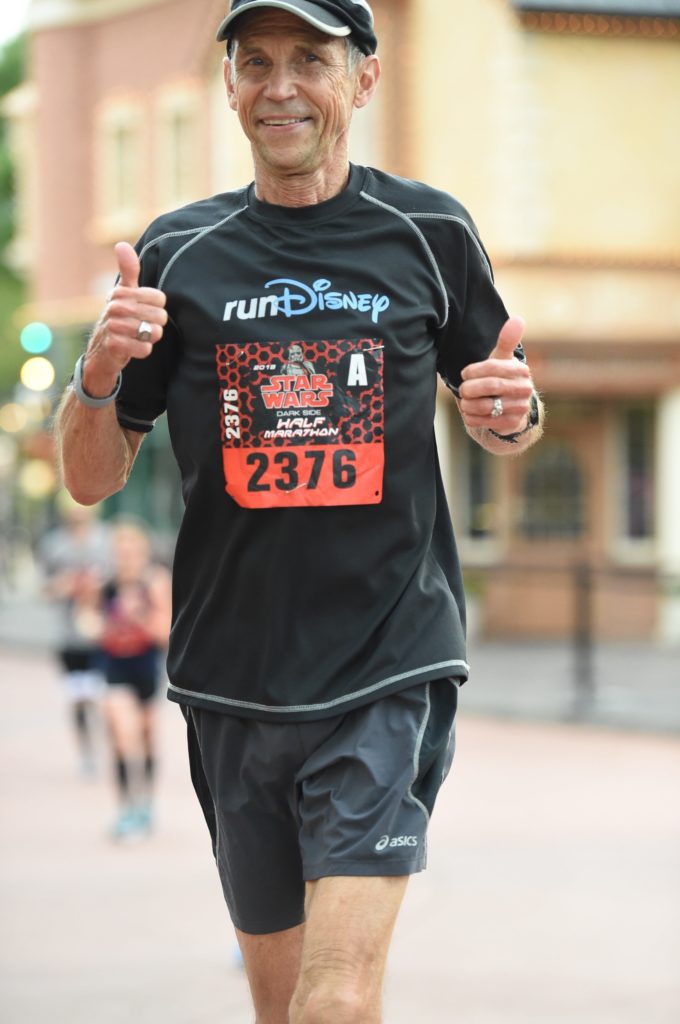 Barb and I started calling out that we were together to get a good group shot. He took perfect shots of Jeff and I…… poor Barb in the middle was left out!

The next guy got us though! 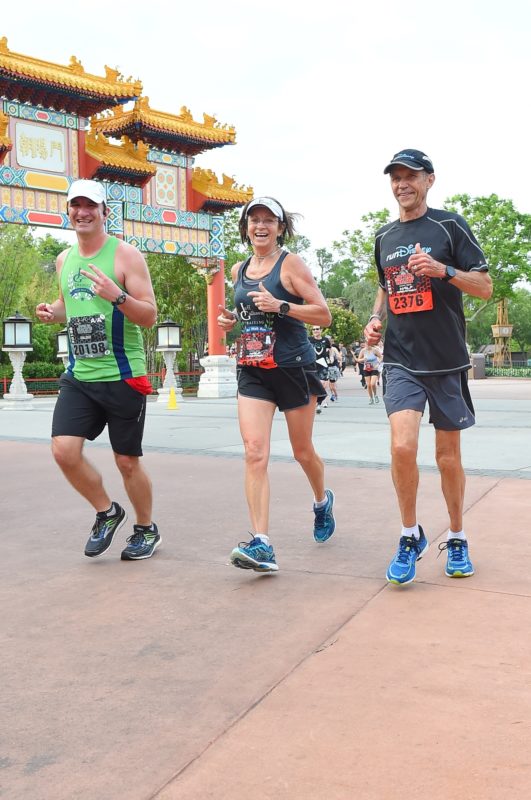 It was a very hot and humid run that day. Even still, it went by too fast with these great people. Afterward, we got our medals, took our finisher shot and headed back to get cleaned up. 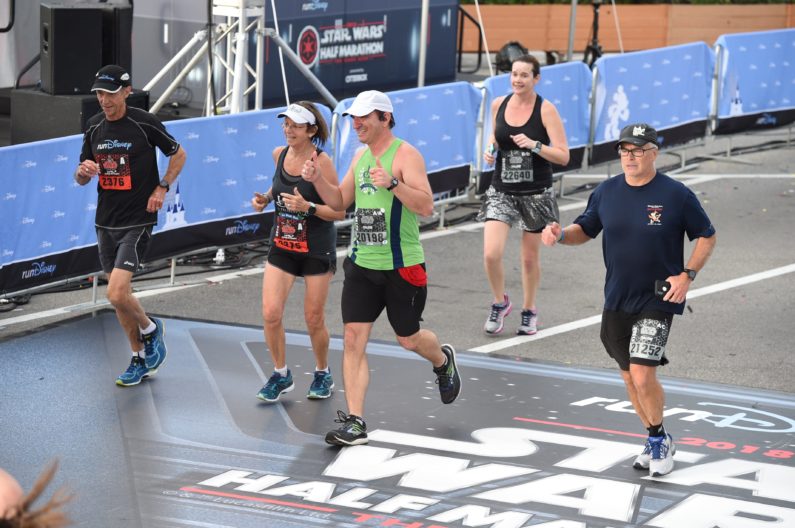 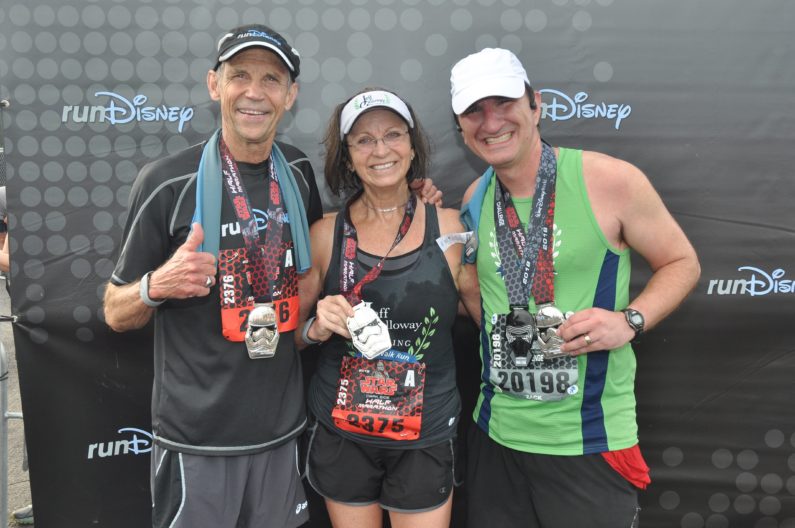 I celebrated the run by visiting Animal Kingdom for its 20th Anniversary. It was great to see some friends, take some pics and enjoy some food before flying out that day. 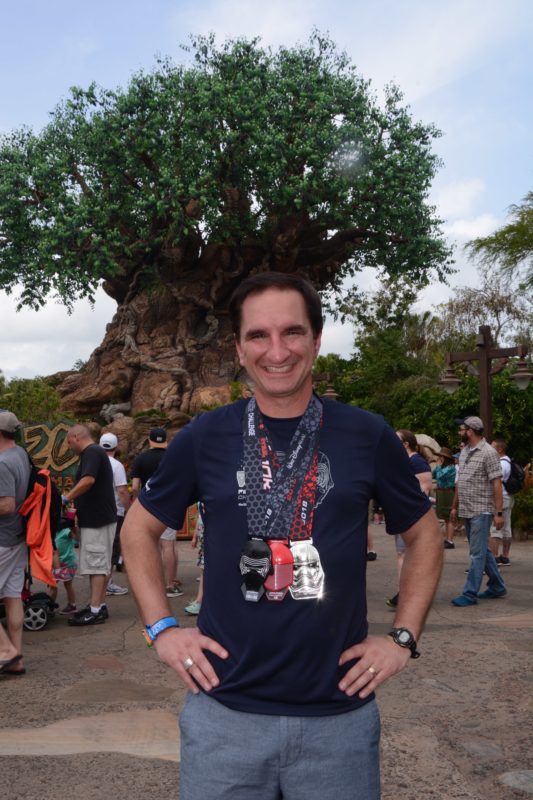 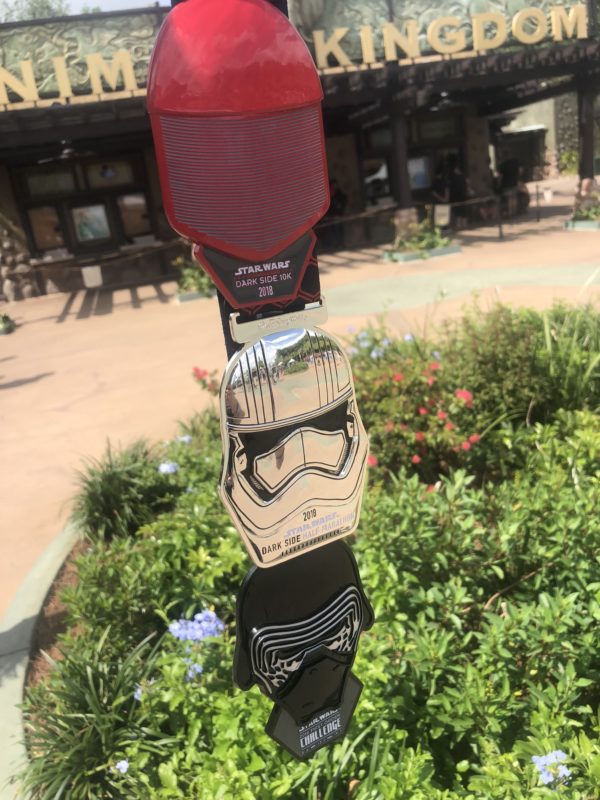 Next Up: Peachtree Roadrace!