Runners World Challenge and other extras 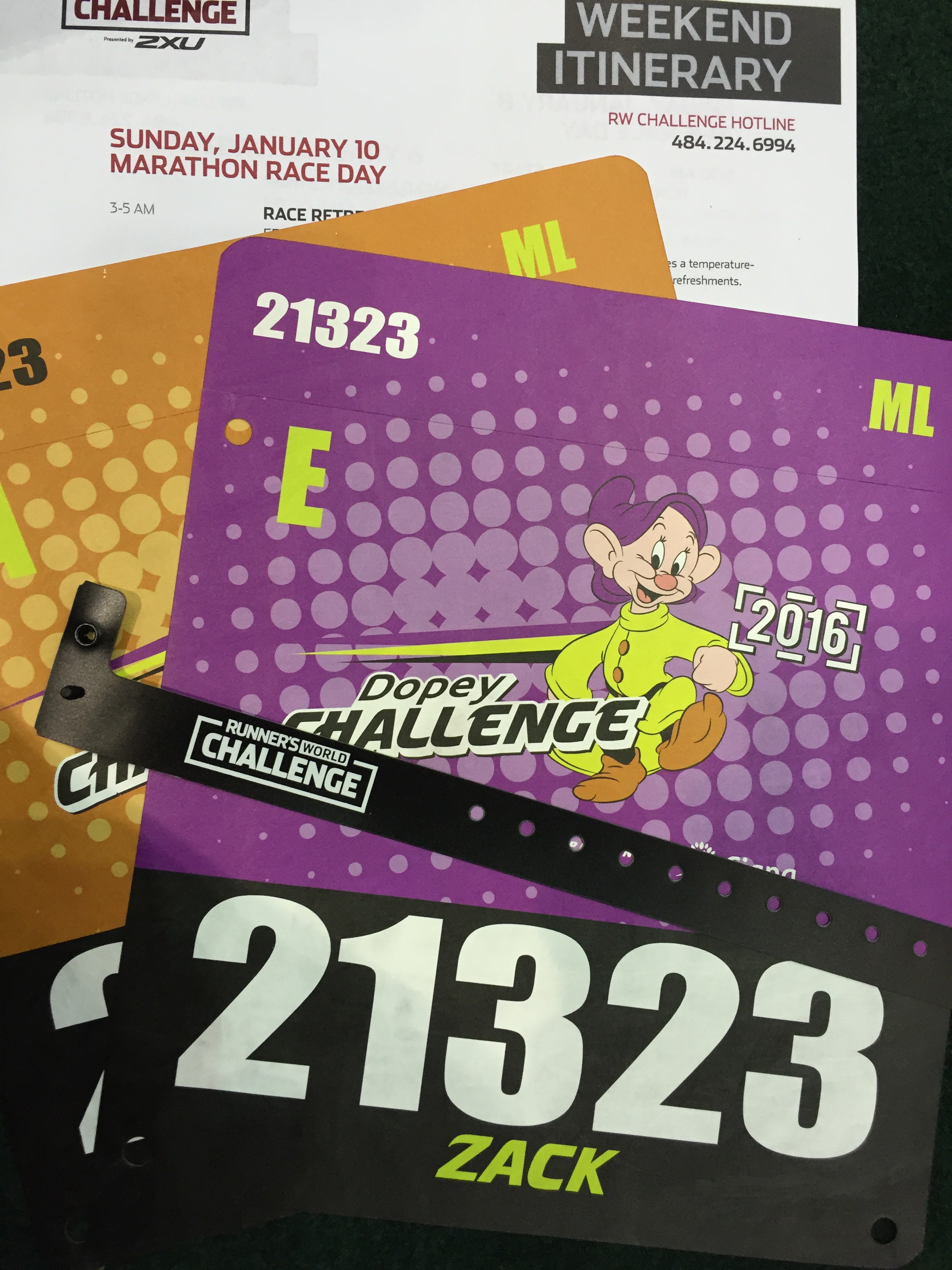 Since I knew so far out what the plan was for this huge challenge of doing all the races, I wanted to go all out for the first one. I signed up for the Runners World Challenge, knowing it was a lot more expensive, but you also get basically everything they have to offer during the weekend.  Here are some of the things you get before the race: 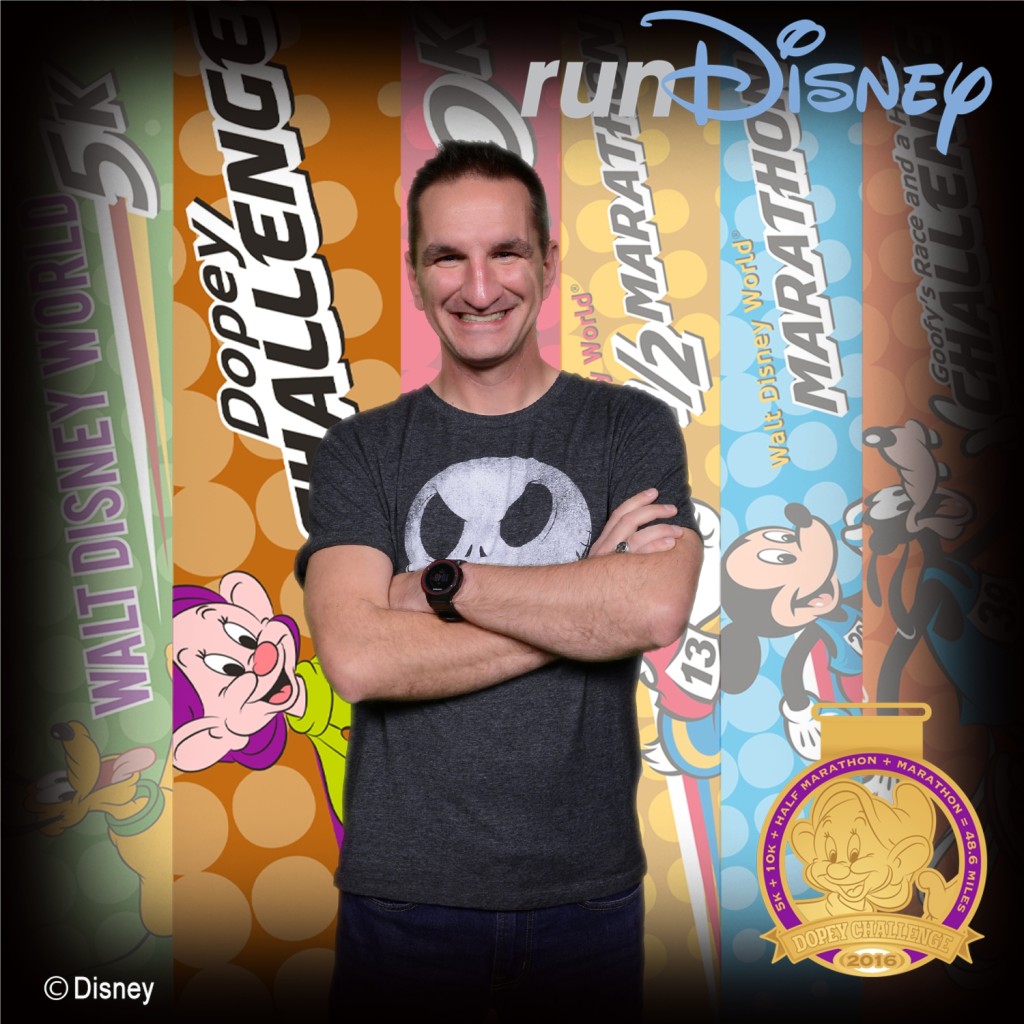 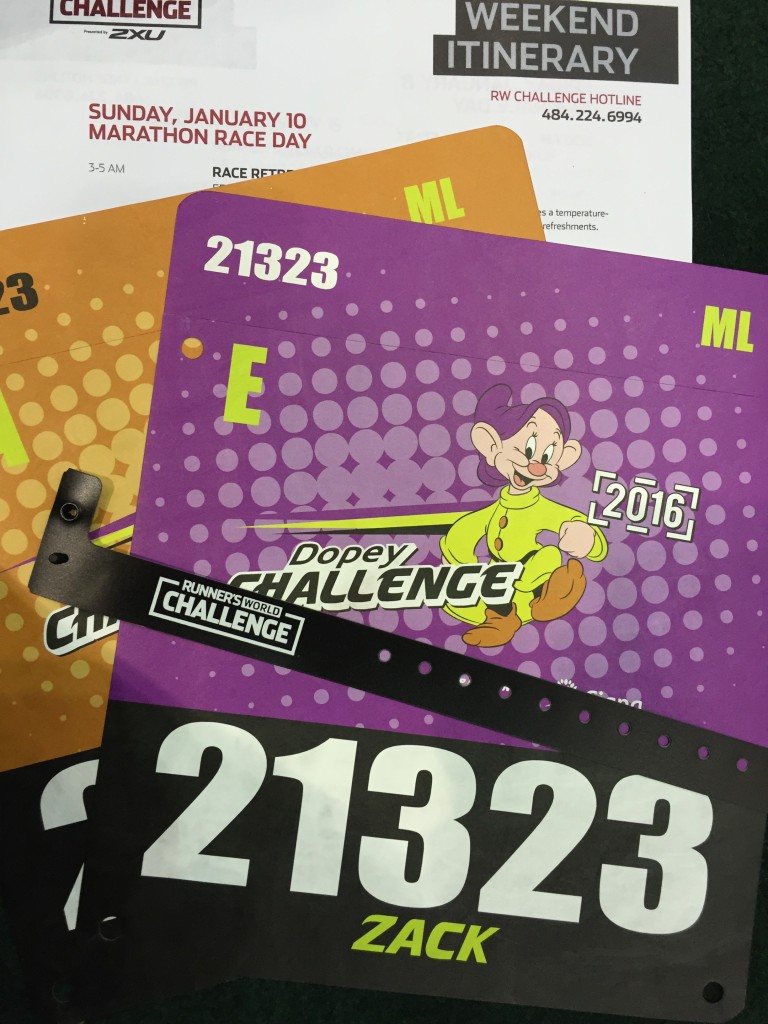 I liked the shirt and the training plan, but the forum was not really active during the whole training period. 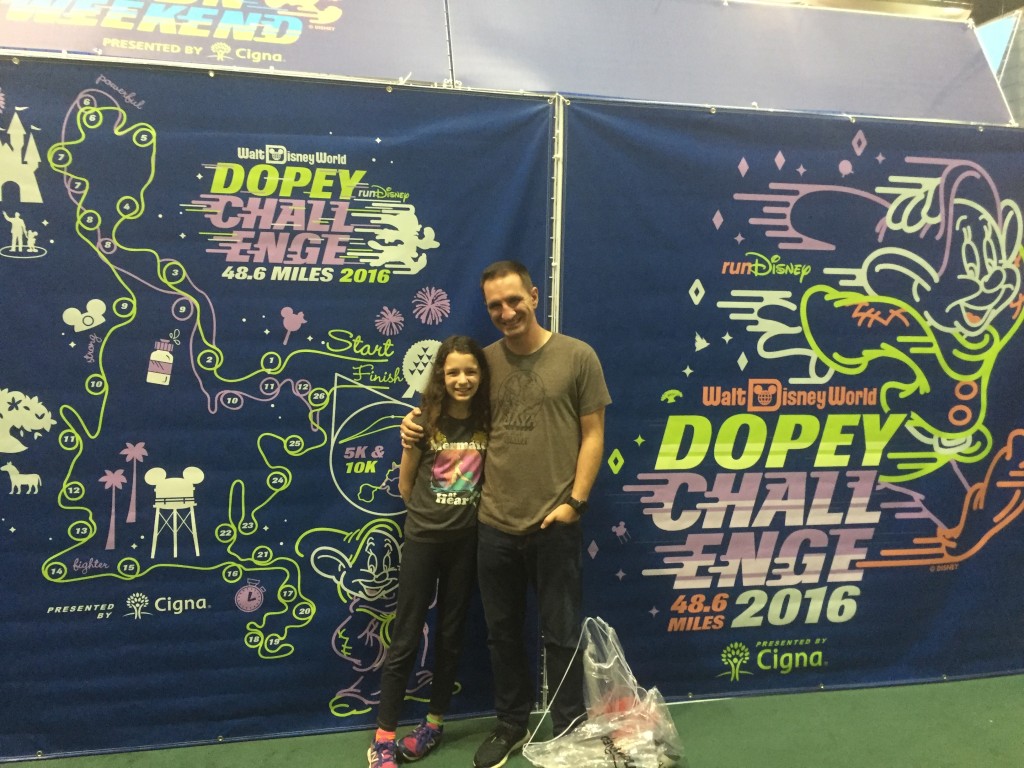 Now this was really nice. I didn’t have to go wait in any lines. I got all my shirts, bibs and other info in one spot. The staff was super friendly as well. The expo itself was crazy. I arrived 30 minutes before it was supposed to open to go ahead and get in line for merch. By the time I made it the building, they had opened early and were already selling out of certain sizes of the Dopey Challenge jacket. I finished my shopping at the official opening time and they had indeed sold out of two sizes.  I was also amazed by the sheer amount of stuff people were buying. It gets expensive quick! 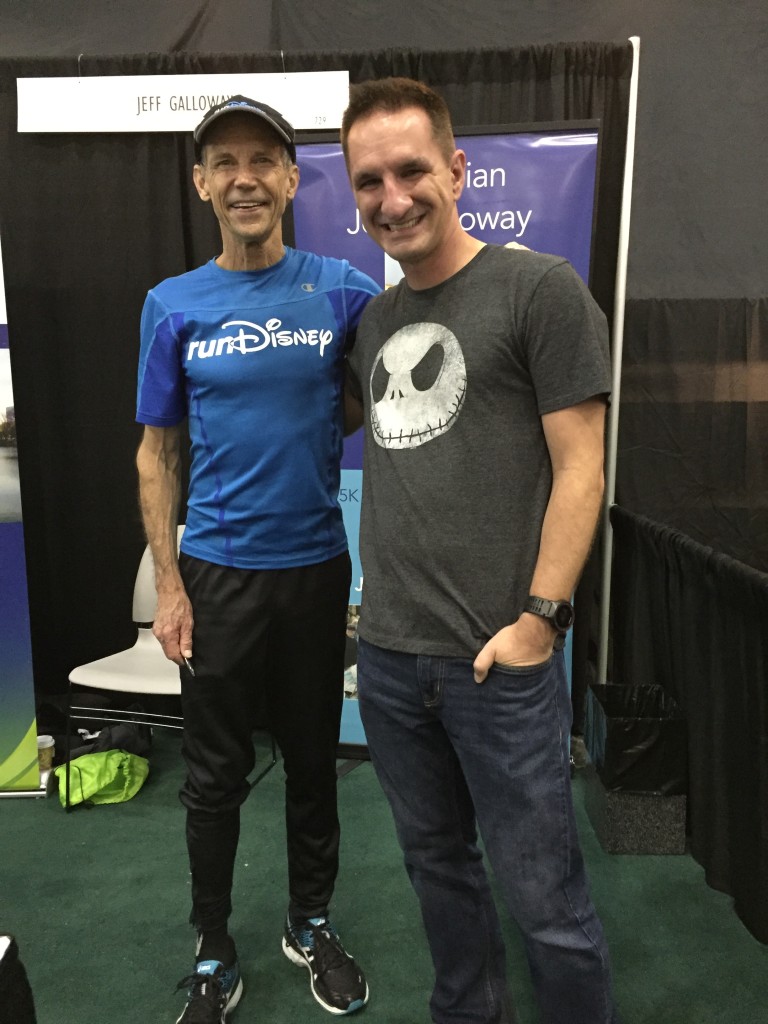 For both the 5K and the 10K, we were able to go to the race retreat area and enjoy a hot breakfast with the Runners World crew. It was great during the WDW 5K because its was so cold. The tent was gigantic and was heated. It was nice to be in a dry, warm place after the rains at the  WDW 10K.

There were several things that I really liked here. First they had exclusive character meet and greets everyday. 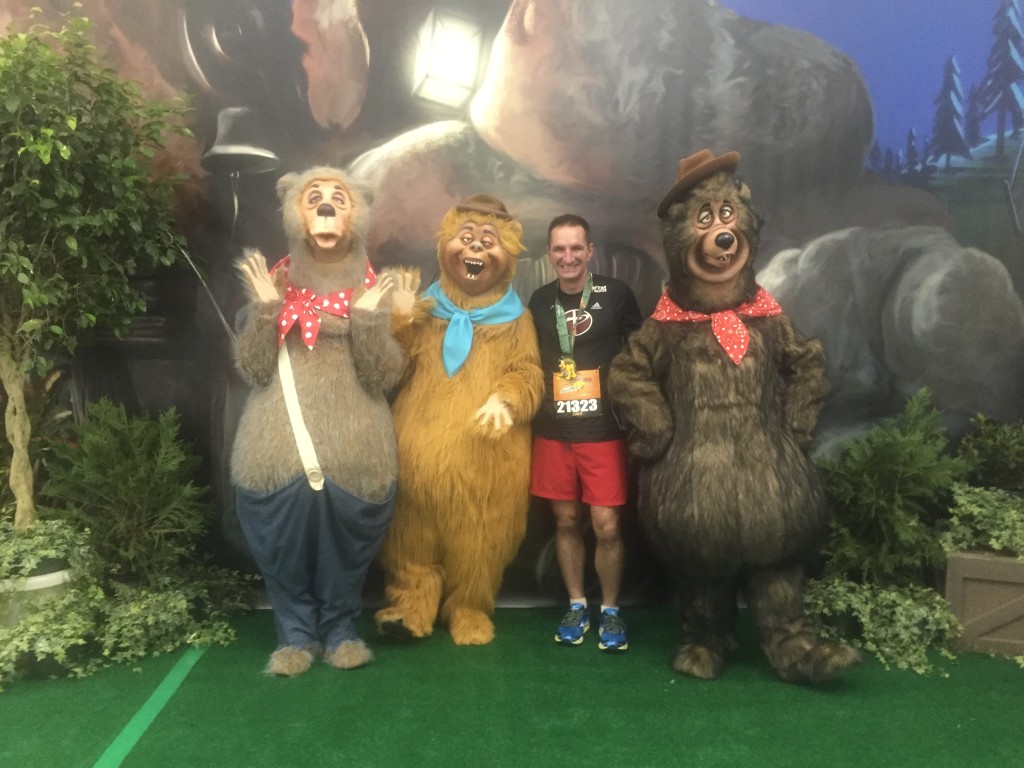 The Country Bears were the characters for the 5K breakfast 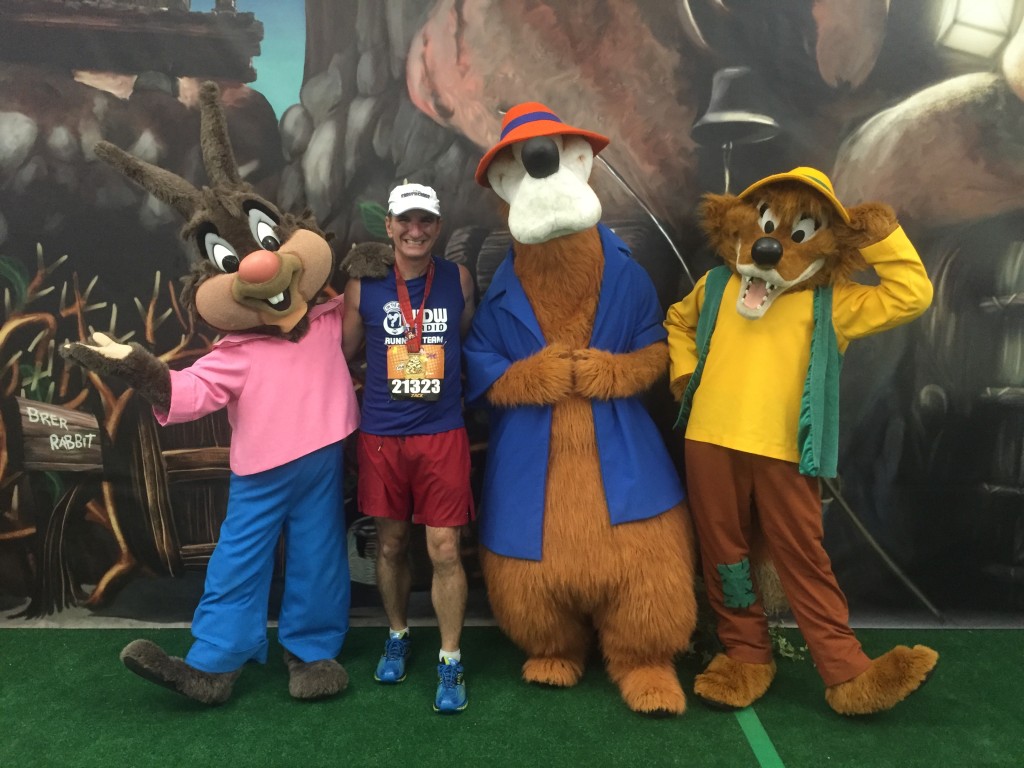 The Br’er characters were the 10K meet and greet characters.

Next, the food was really good. Probably the best eggs I’ve had in my life! They had a real good assortment of hot and cold items to choose from. Third, was getting to meet and talk to some of the Runners World people. I had breakfast at the 5K with Bart Yasso. He’s basically a running legend. He’s run races on every continent, biked the US with no support twice, ironman, mtn climber, invented a marathon training program (Yasso 800s)….you get the idea. He’s also just an all around nice guy. 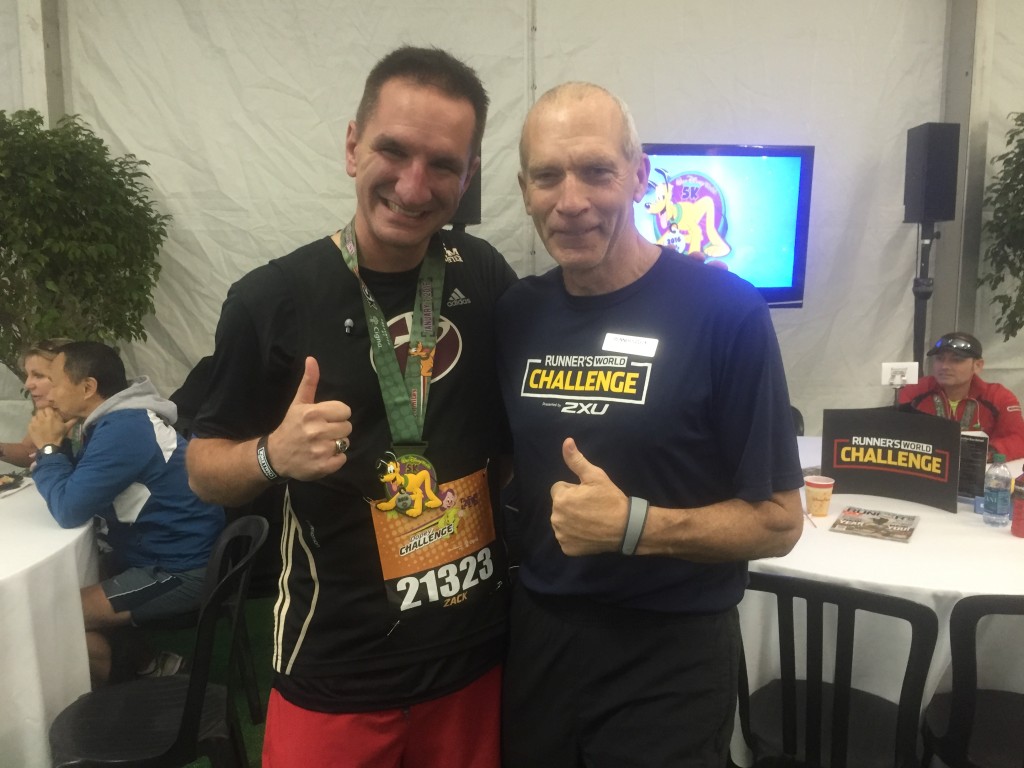 I talked to several of the other runners that had signed up for the Runners World Challenge. I was expecting to hear stories about their journeys and their excitement, but instead heard many stories of not getting in to the regular race before it sold out. There was a reasonable segment there that were there just for the races and didn’t care about the extra stuff.

Pasta in the Park

We also got in to the first pasta in the park party the night after the 10K. It was really fun. We again got our own section to sit in and the food was pretty good here as well. It was a themed Toy Story event and they had exclusive character meet and greets here too. I was finally able to meet Bullseye! 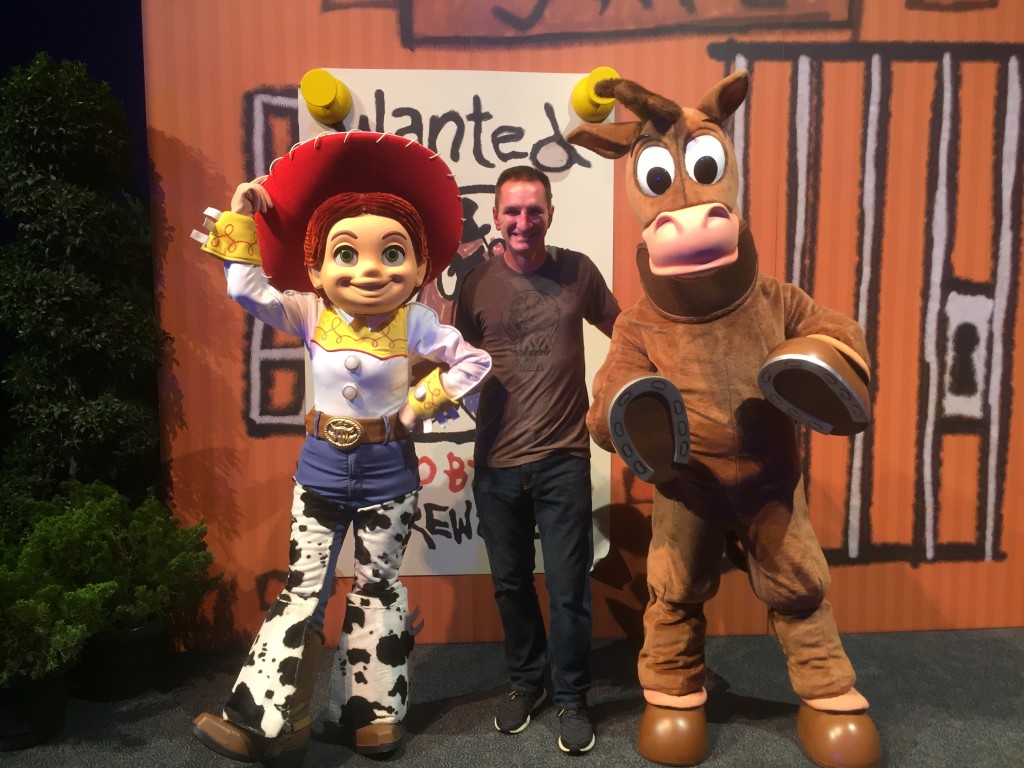 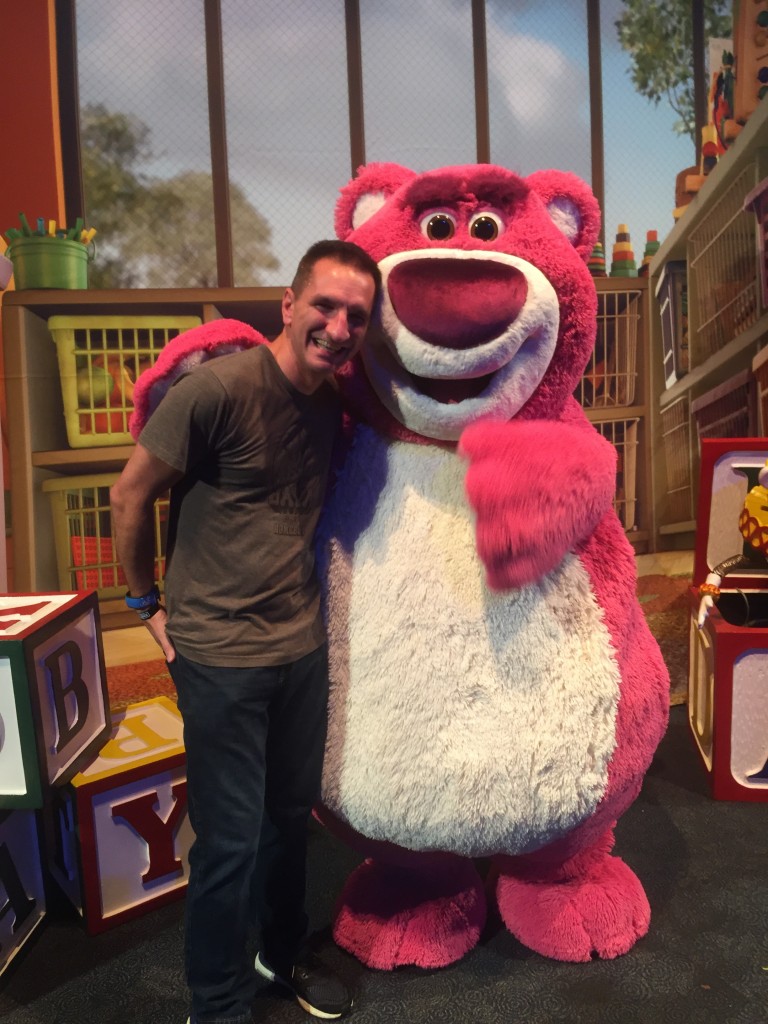 We also got exclusive reserved seating for the Illuminations show, but with it starting at 9pm and us getting up at 2.30am, I skipped it. 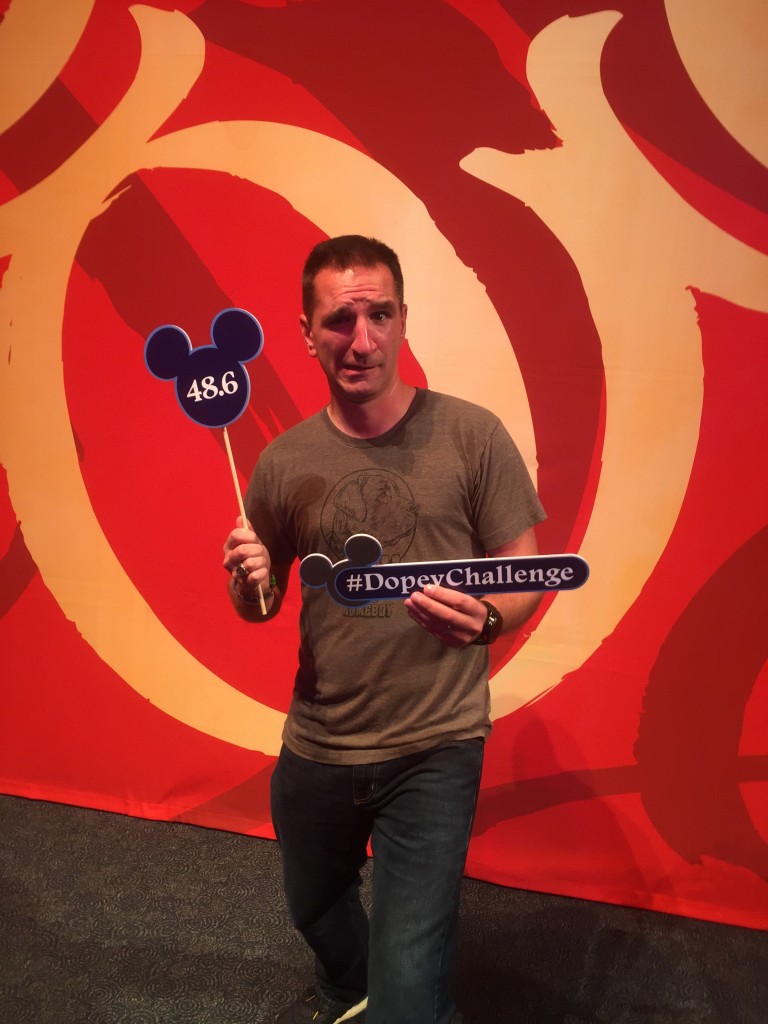 Half and Full Marathon

I used the pre-race breakfast for the half. It was light snacks, fruits, and drinks. They also had the characters out for the pre and post race activities. The Pinocchio cast was there for both races. 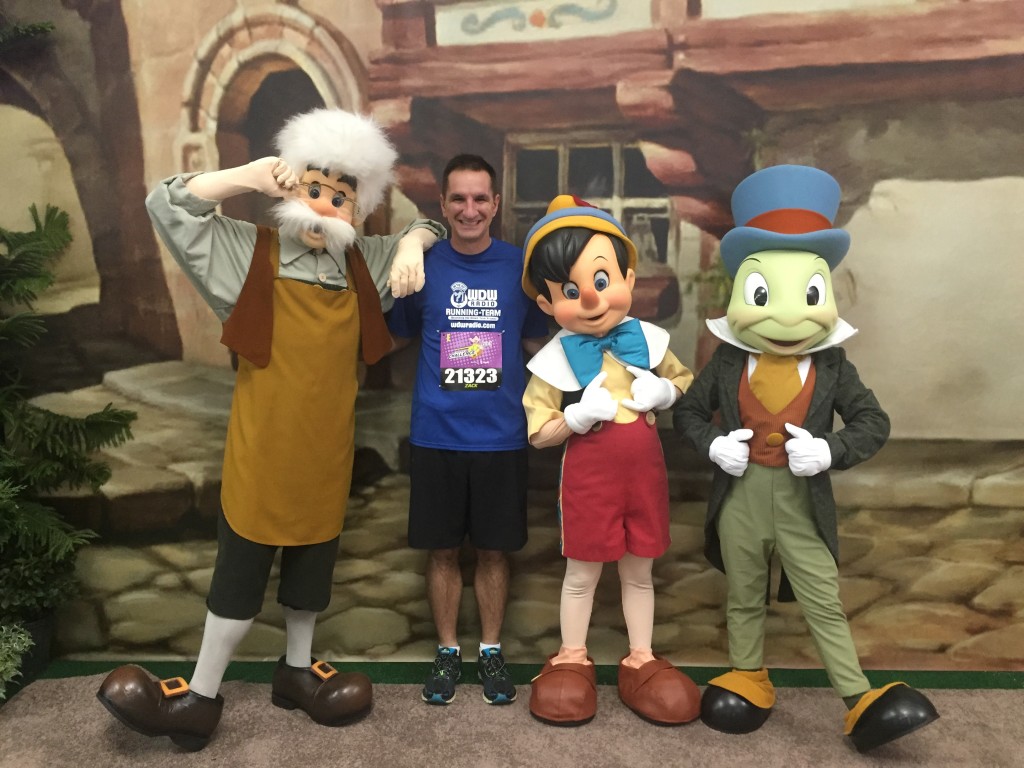 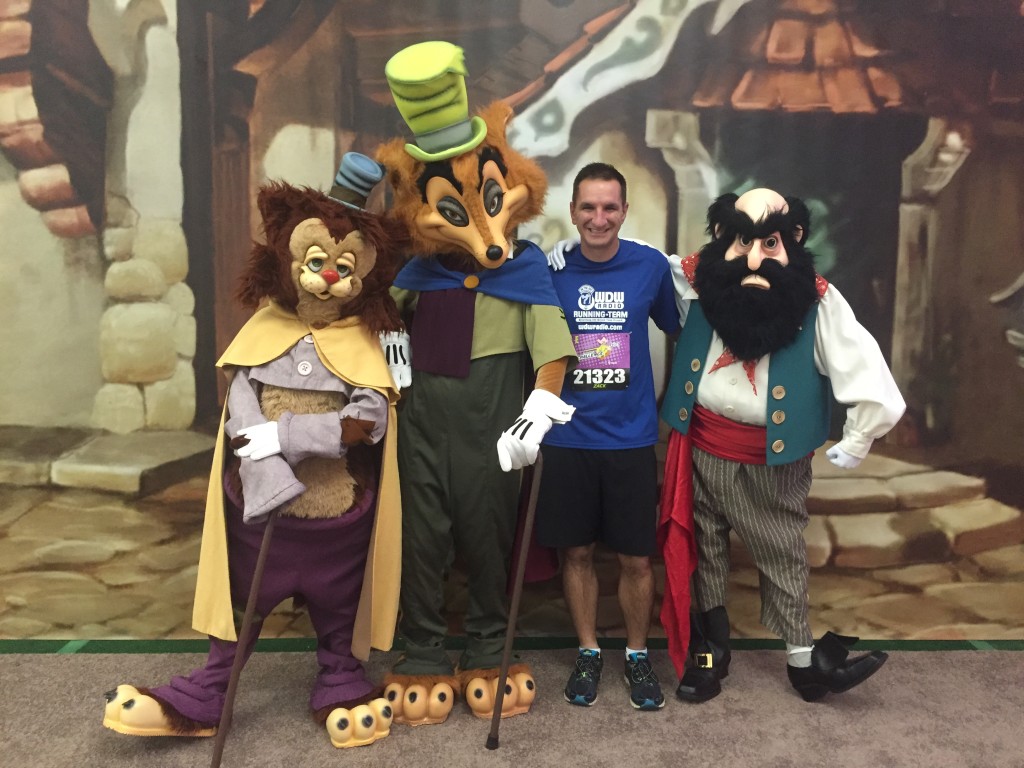 The early walkout is actually a huge advantage. The starting line is moved for the final two races and you will trek a half mile + just to get to your coral. The Runners World group gets escorted straight to the front of the line. I chose to stick with the WDW Radio Running Team and didn’t use the shortcut either day. It would have been less hassle, but I love my regular group too much.

I really appreciated the brunch after both races. It was also nice to be in the retreat area, not crowded by people. The massage both days was a life saver! It was a game changer to get my body ready for the marathon and a nice recovery after the marathon the next day.

Is it worth it?

That’s the $1000 question. I say it really depends. If you are planning to do everything and want to be treated like a king/queen, then yes its absolutely worth it. You do save money doing the challenge as opposed to buying it all separate, I believe.  If you don’t have a running team, this is a good alternative.

It may not be worth it if:

I had a great time and was very happy that I participated in the Runners World Challenge.