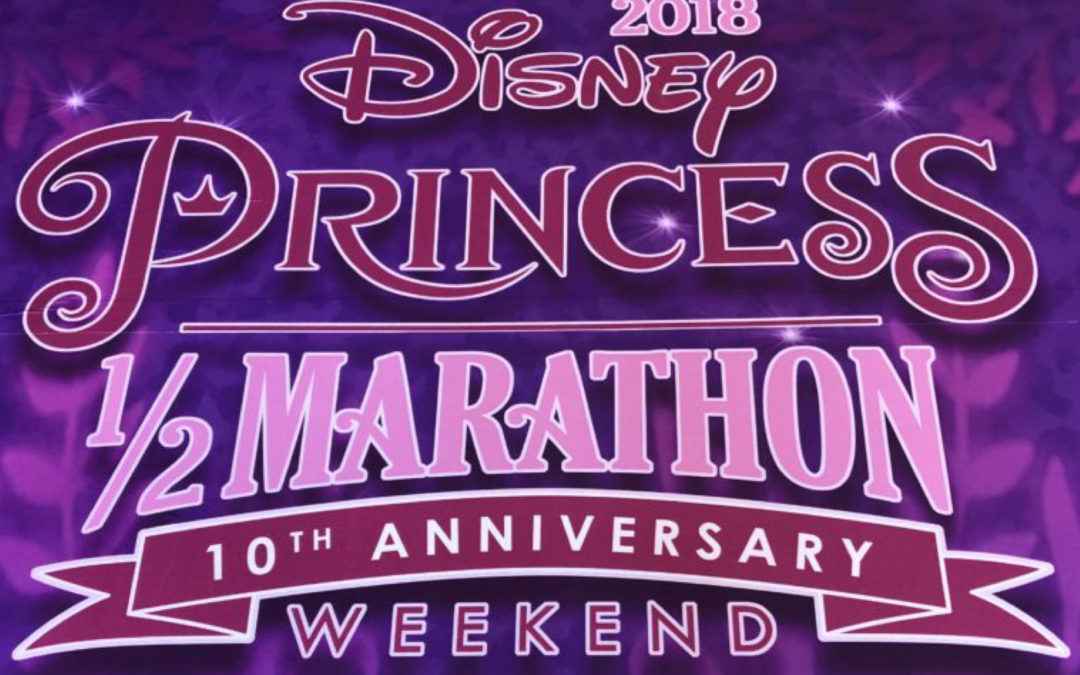 The things you would do for your friends.

This all started out Marathon weekend when Danielle told me that she was going to run as Moana and that I was going to be Hei Hei. 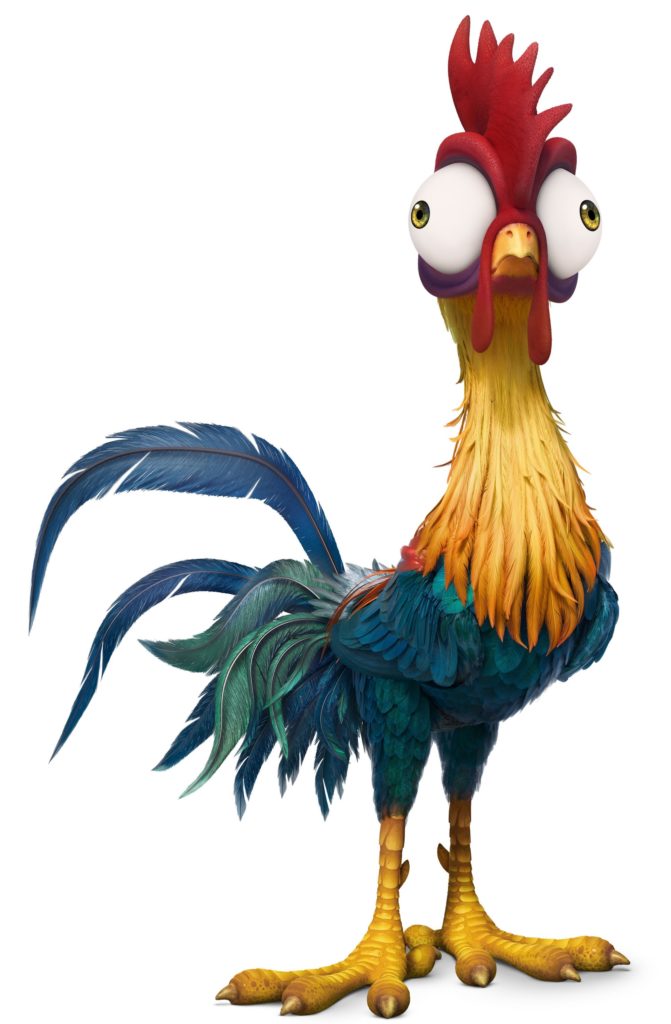 Do you know how many pictures and tutorials there are for making a Hei Hei running costume? 0.  So while my friends are having fun on the weekend, this is what I am doing. 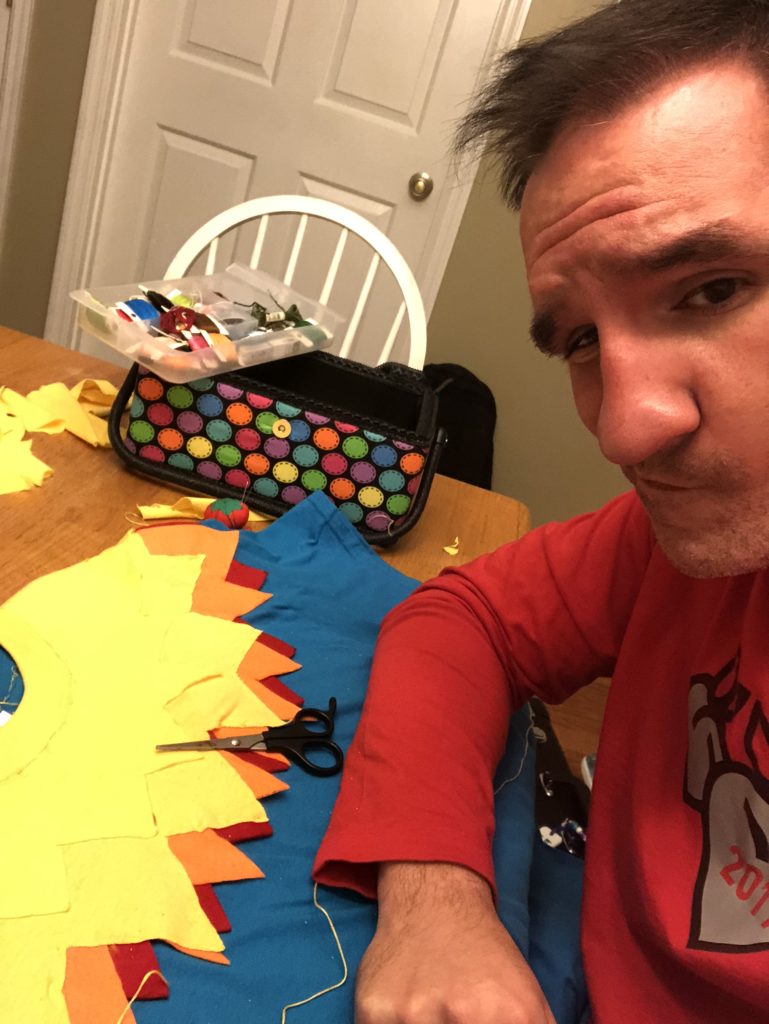 It’s going to be a warm costume, but that’s OK since it’s Feb. and it was freezing cold at the race last month. The top feathers consist of three t-shirts and multiple layers of felt. I had to brush up on my sewing skills. 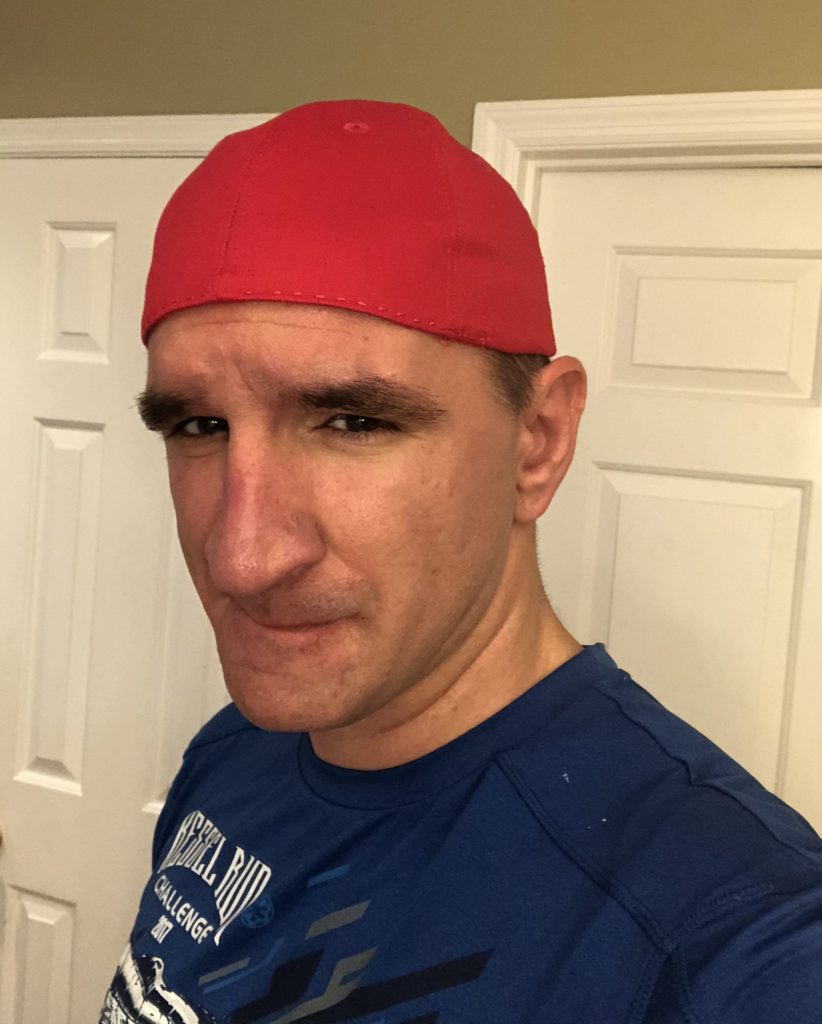 It was a perfectly good hat. 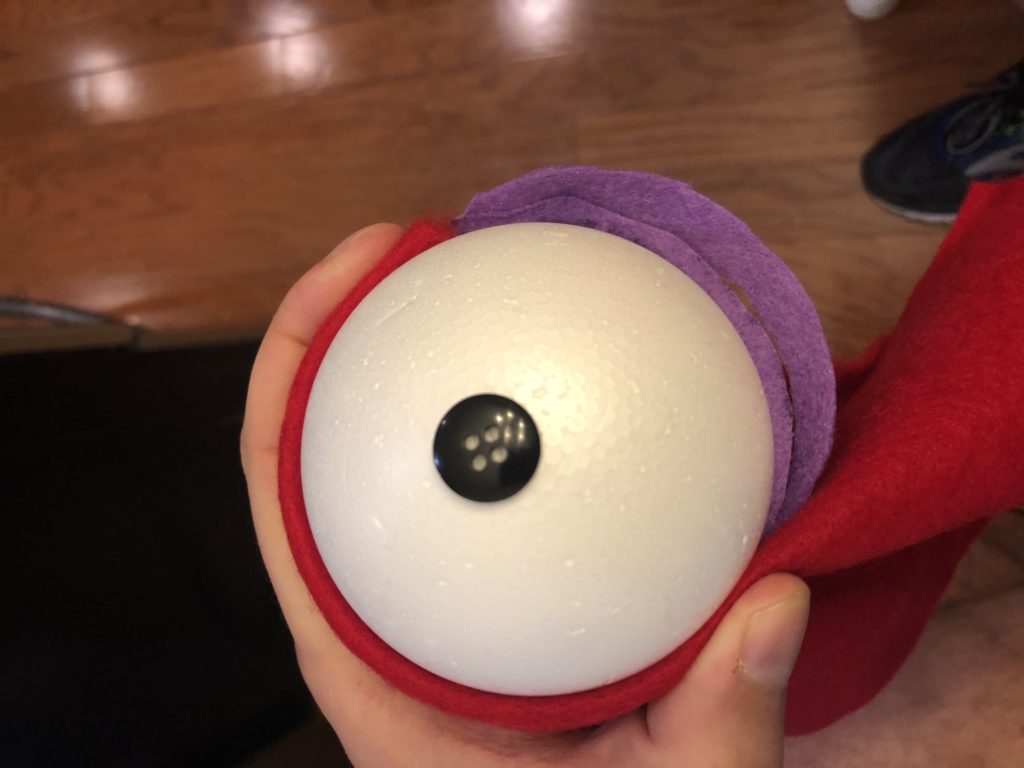 It was very challenging for me to make. I wanted it to be a good effort, but it was stretching me in my imagination and problem-solving skills.  (And I consider myself pretty good at those things!) 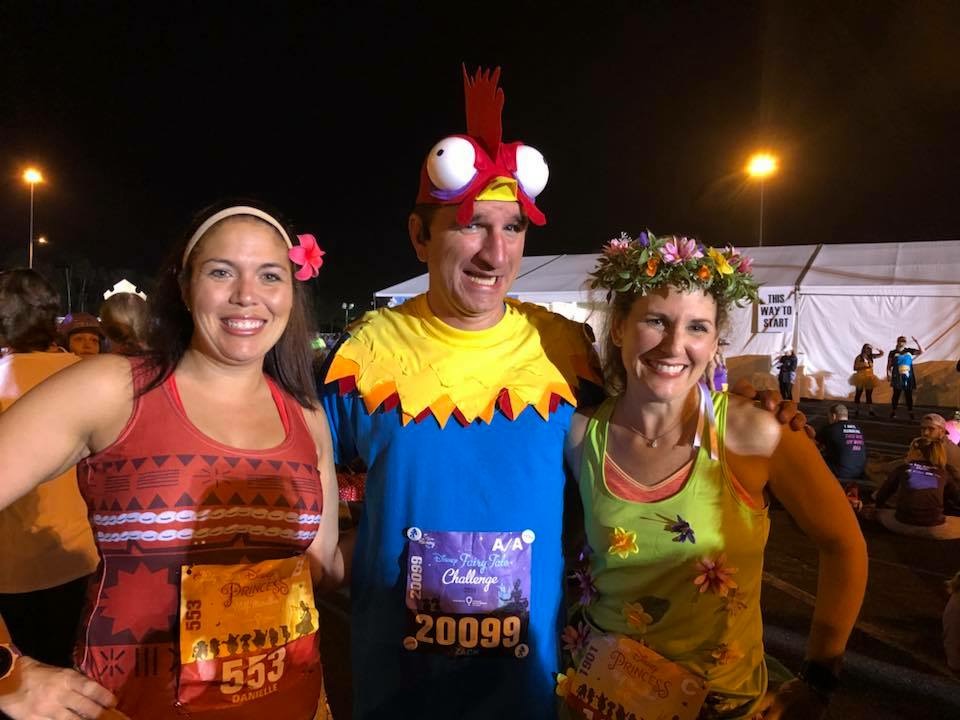 I decided that if I was going to be Hei Hei that I was going to fully embrace it. That meant in character for people that cheered for me or in any pictures.

Well, the idea for a warm costume turned out to be killer. It was blazing hot. I ran in a running singlet the day before and now my top half if carrying 5 layers of cotton and felt, but I had a plan just in case…

I was so excited to run into friends Jeff and Barb on the course. Since we are all from Atlanta, they thought I was a KFC known as the Big Chicken. We’ll hopefully be running together at the next series. I ran with Jeff last month but missed Barb. She’s fun to run with. 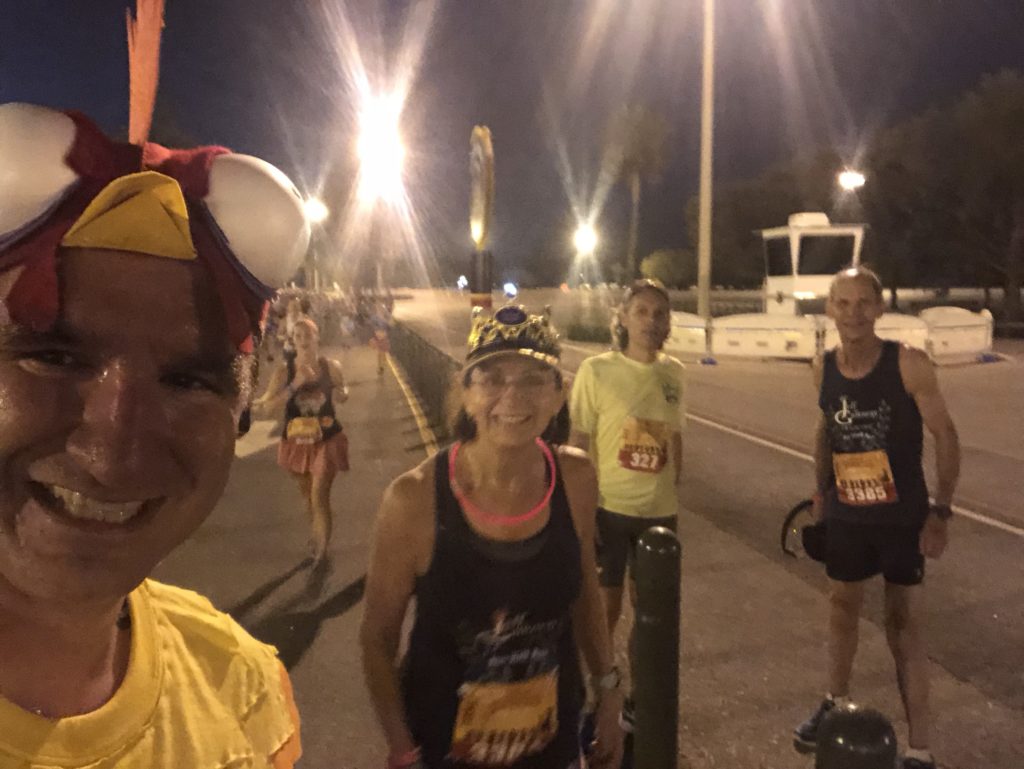 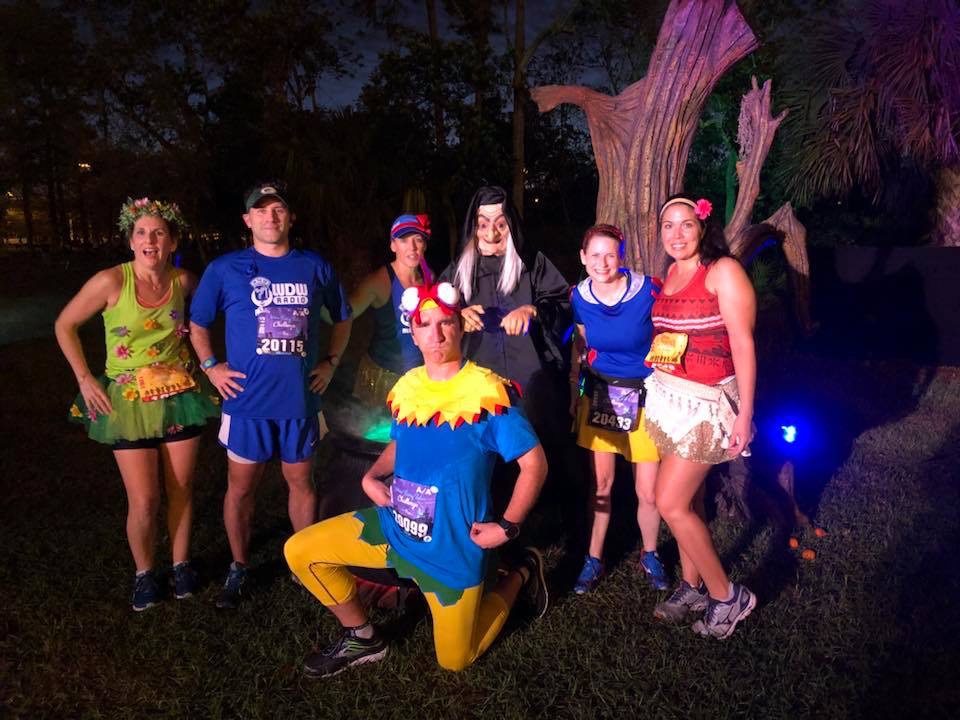 We had fun stopping at all the character stops! Also notice I’ve got my yellow chicken legs on here.

Once we get to Magic Kingdom, I now for the second time in row, drop my pants on Main Street. This time fully embracing the moment and shaking my tail feathers to the people cheering. It was just too hot for running pants. I was glad that Sharon brought me some shorts to change into. 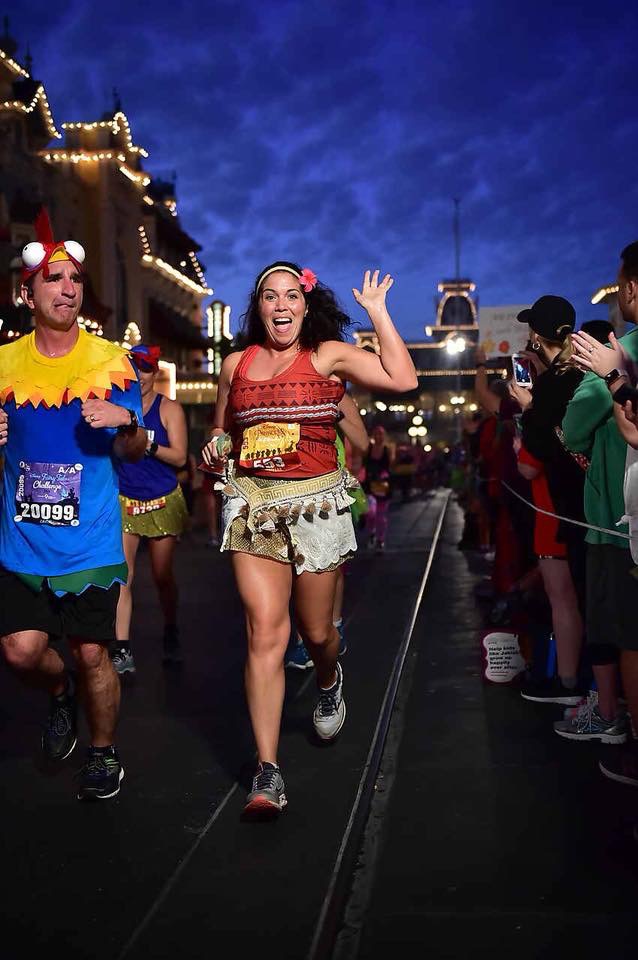 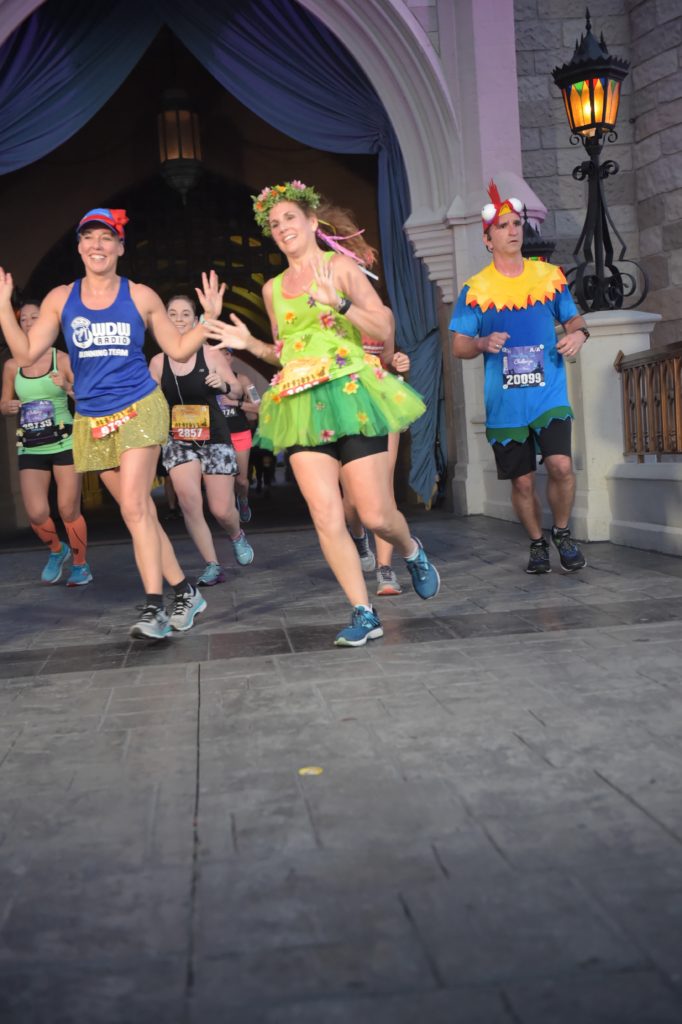 It’s like Hei Hei has never seen the other side of the castle before. 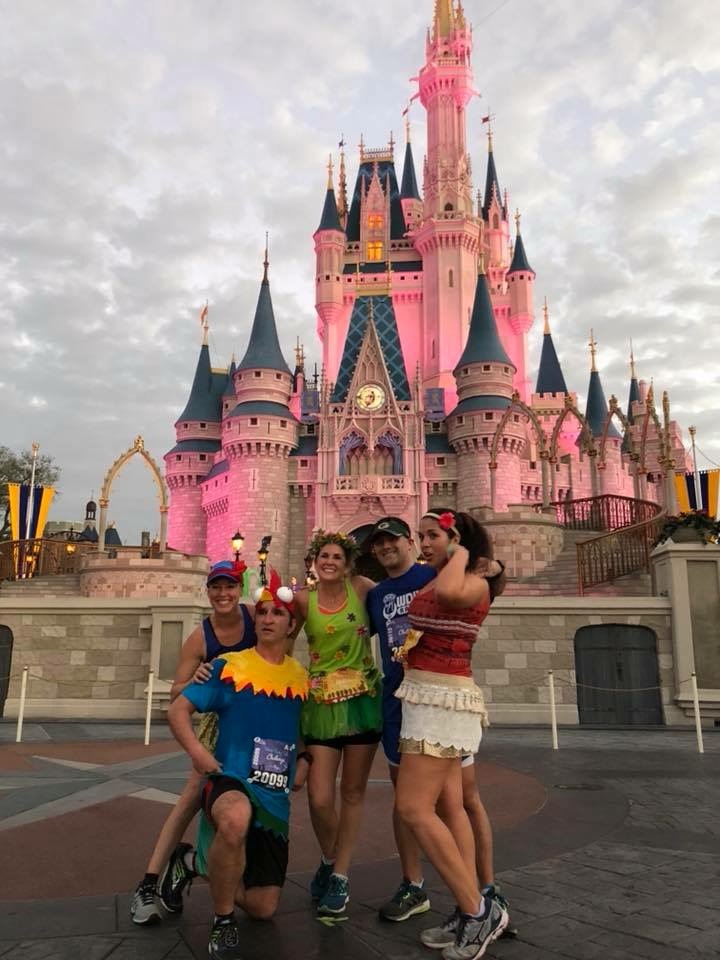 This may be the best group pic ever. It even looks like its just missing the Runners World logo. 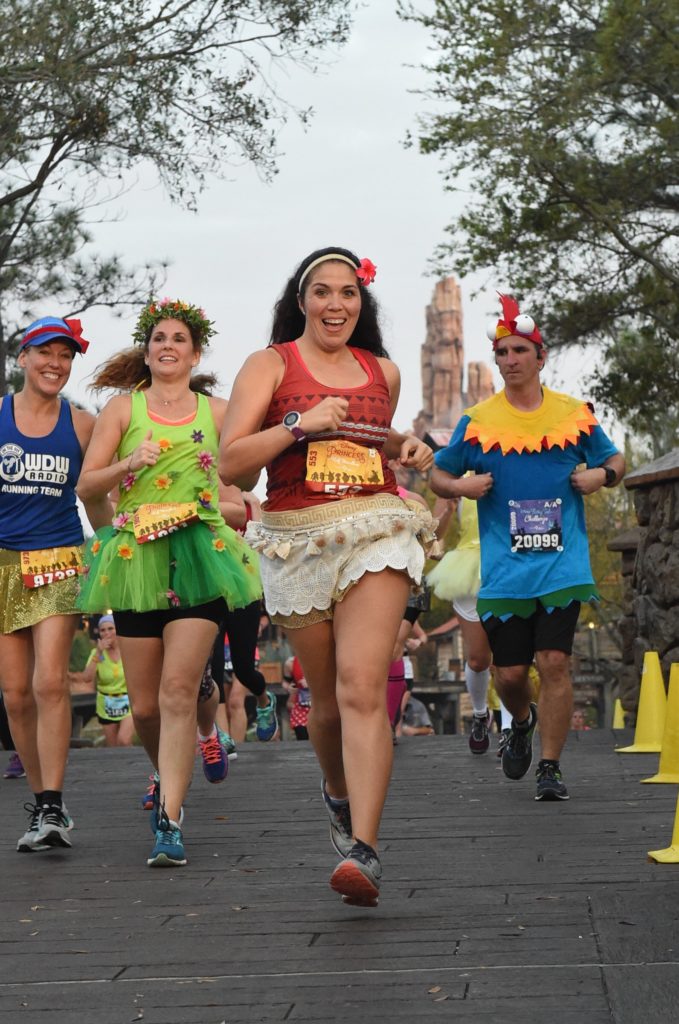 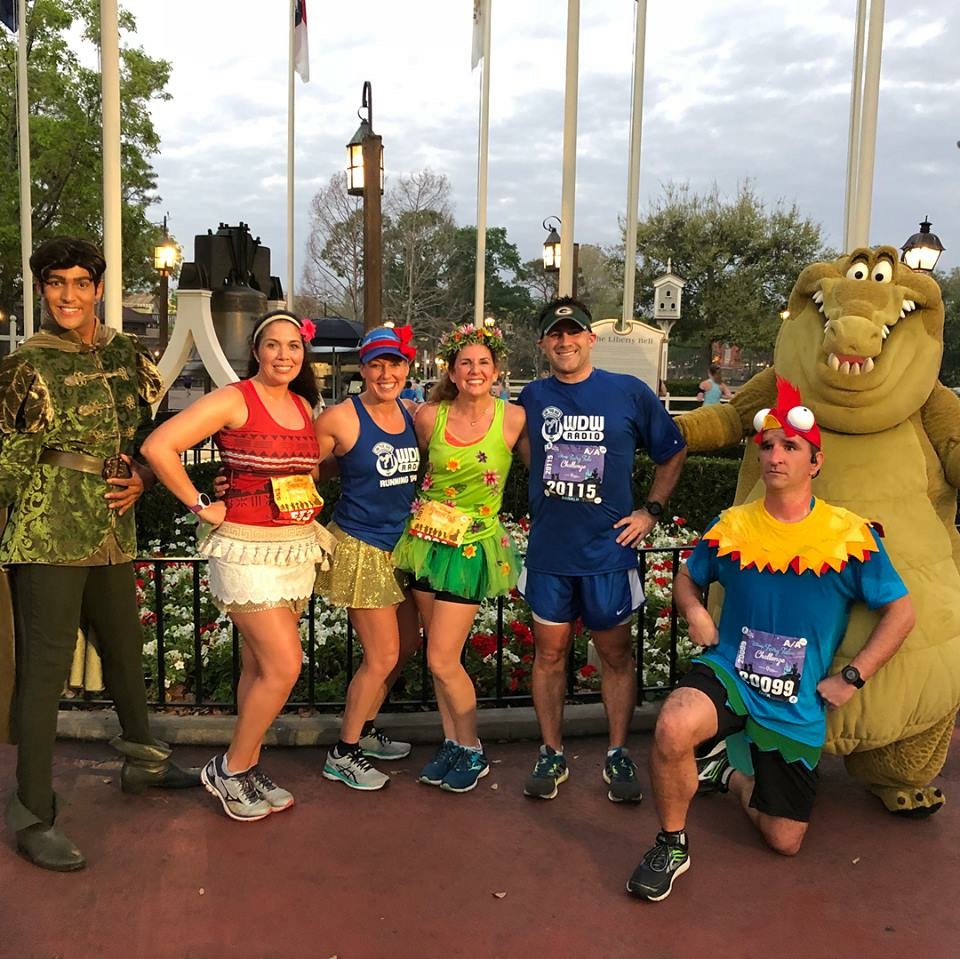 Louis the Alligator didnt really know what to do with Hei Hei. 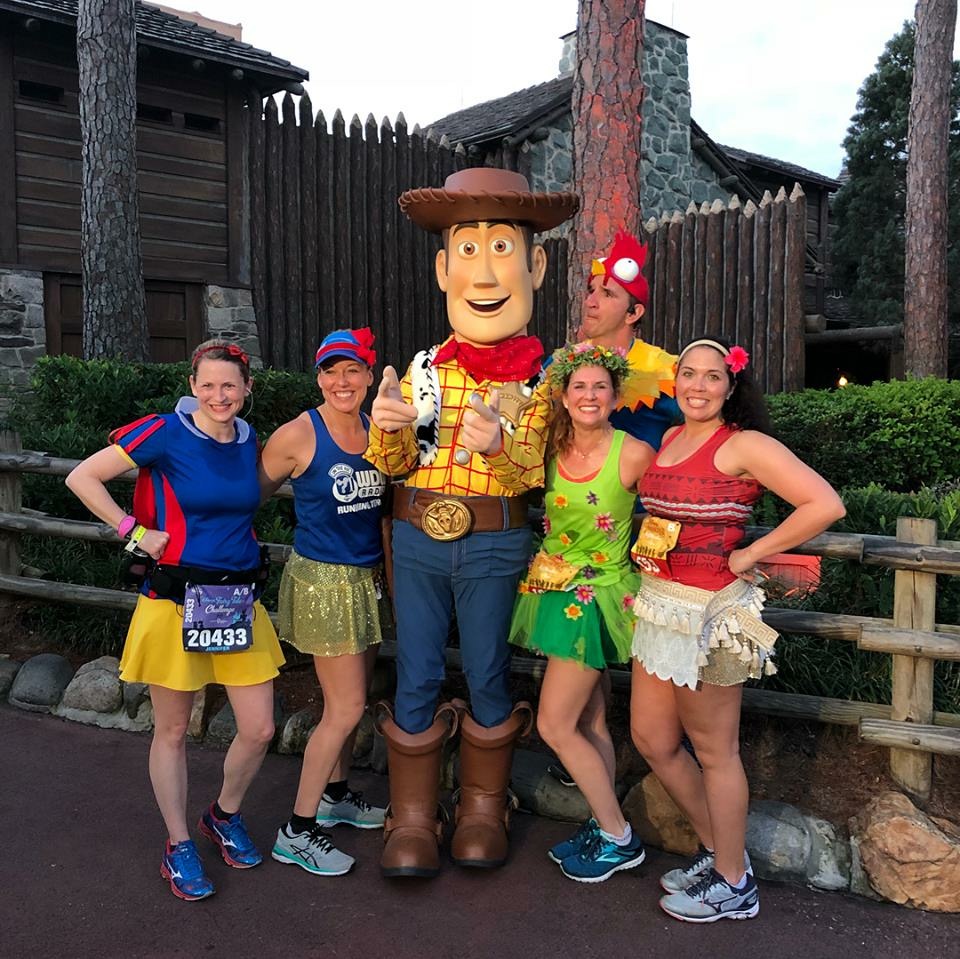 I thought about trying to eat Woodys hat but they wouldnt let me sit on the rails.

At the end of Frontierland was Goofy in a costume that I haven’t gotten before. I was super excited to meet him! 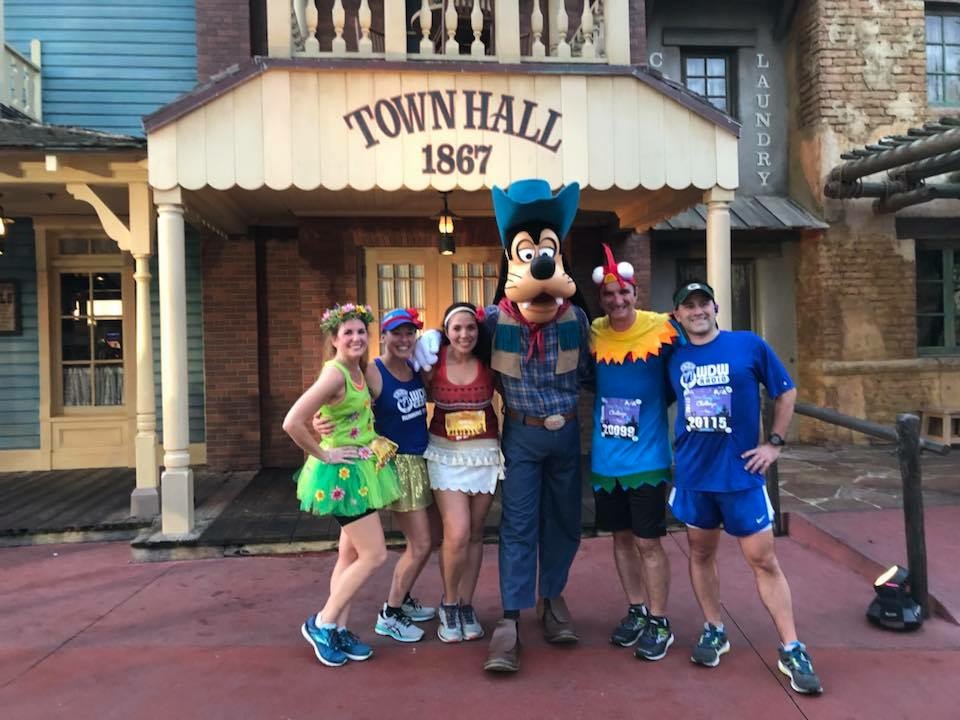 We also found our Maui soon after. He was nice enough to stop for a picture with us and with a scenic background to boot!

After leaving the park we ran across this sign. How could I not stop?? 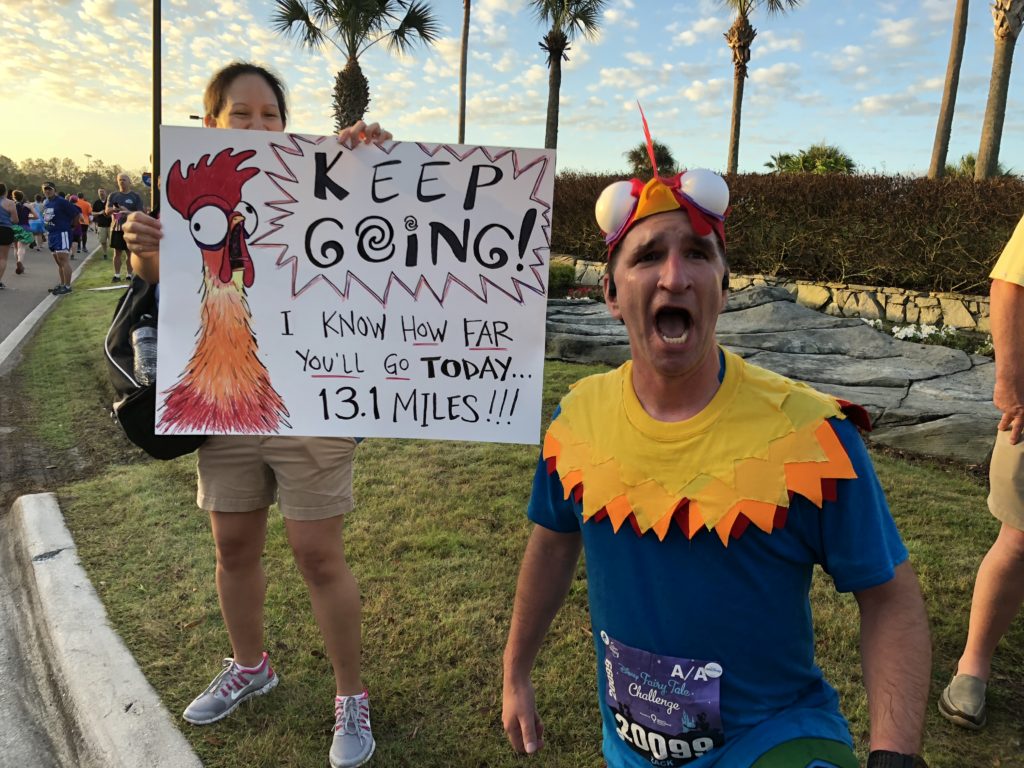 The Genie and Adventurers Club gang were fun. The lady taking pictures was trying to help me out.

Her: “Sir, you can stand up, there’s room in the picture.”

Me: *Chew on Mickey Mouse nose. 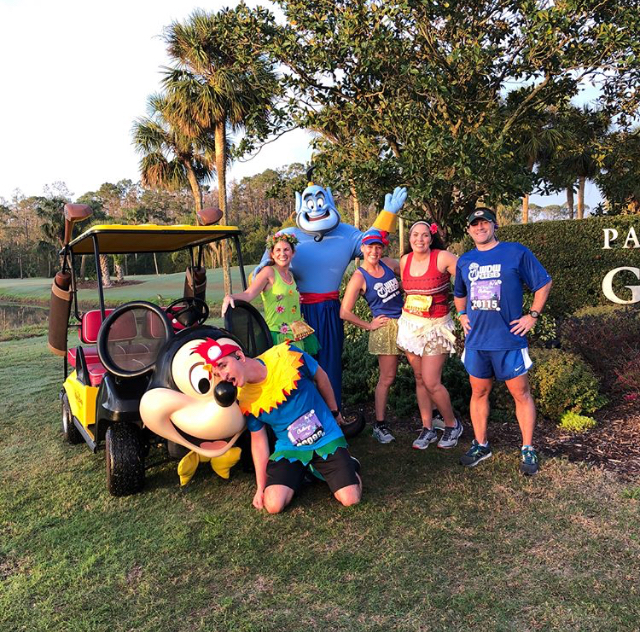 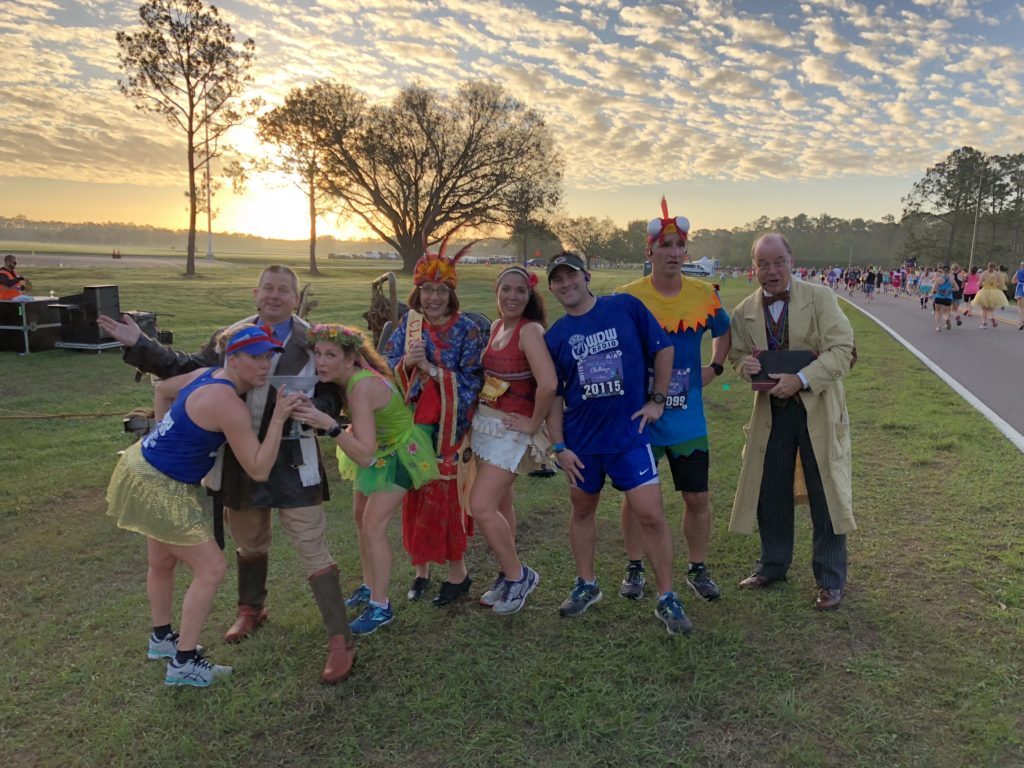 We make it back to the pirates in the daylight. The pictures are always better and there is no line on the way back. I was beside Jack until he saw Moana. He then brushed me aside and made sure he was cozy for the picture. 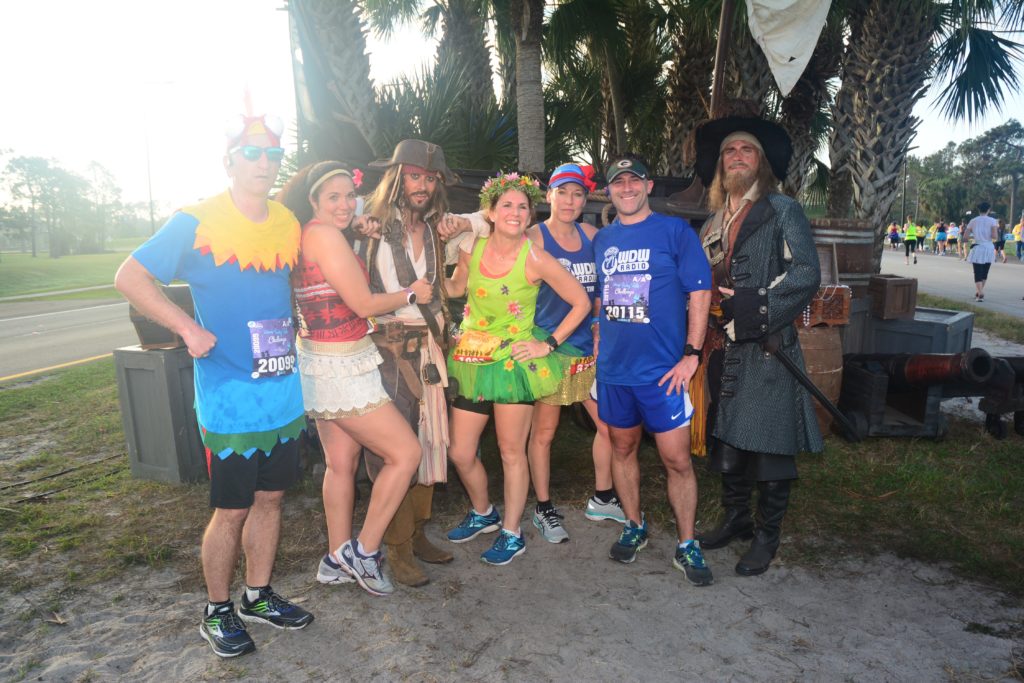 After making it through the two cloverleafs to Epcot. We see our cheer team. They had some nice cold water for us. It was so nice! Around the bend was Mrs Incredible. She loved us. 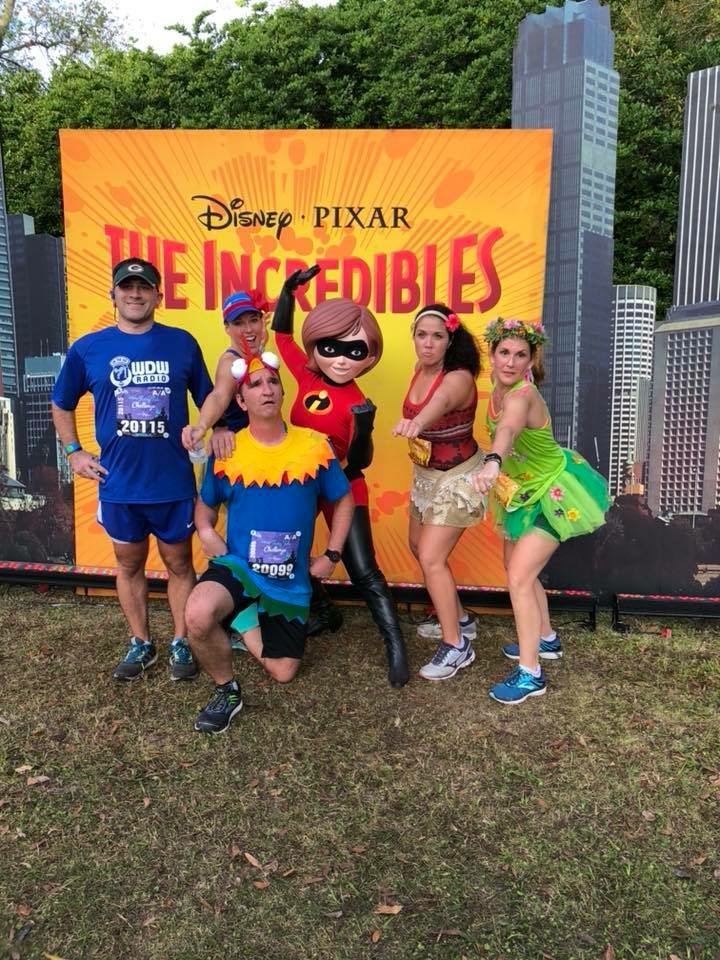 Once in Epcot proper, it’s just a short out and back and then you are done. 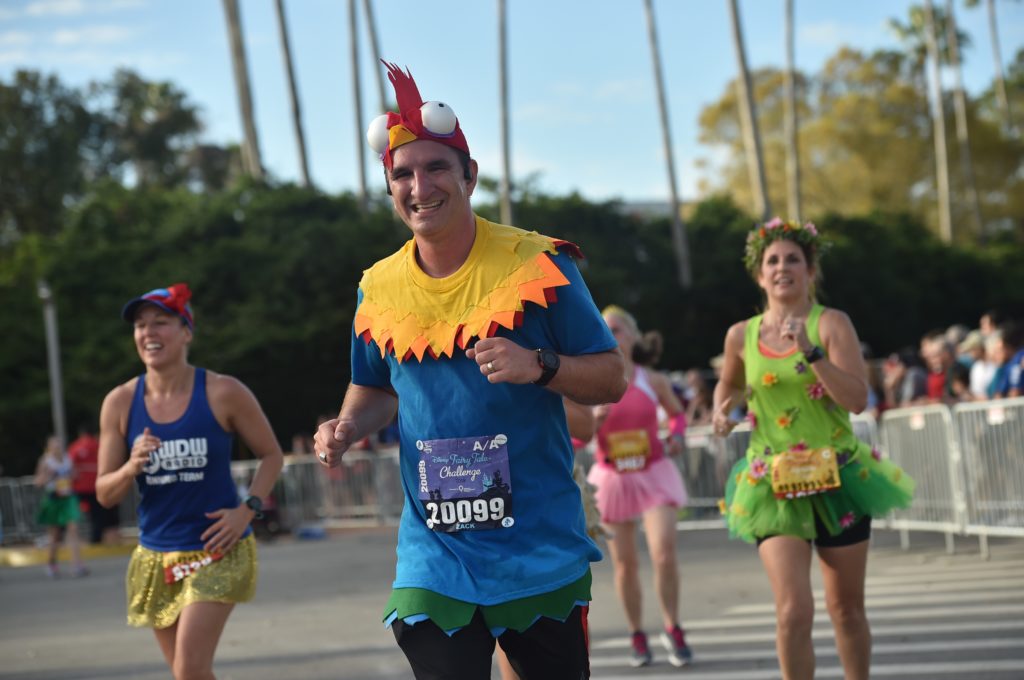 One of my few “normal” pics. Love the composition in this one. 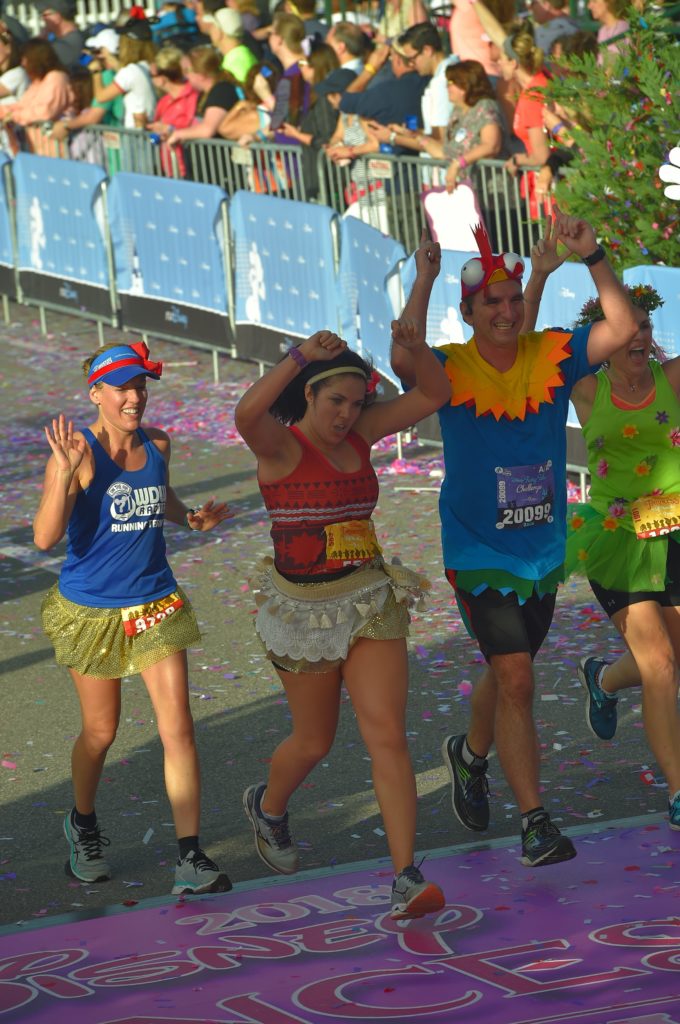 I feel that Hei Hei would eat the Powerade after the race. 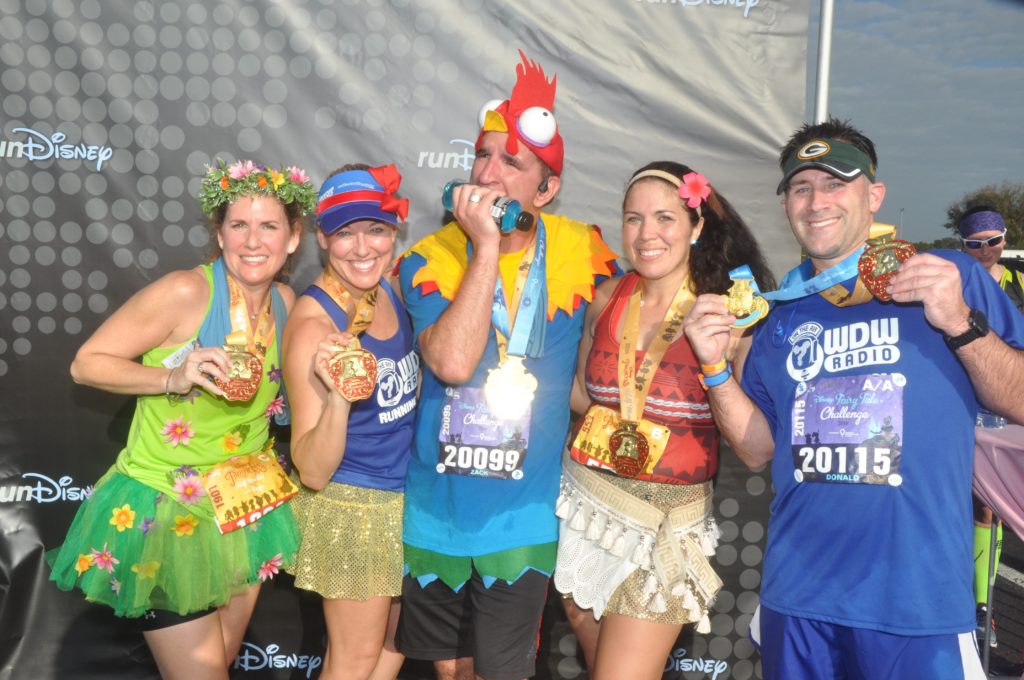 We had such a blast! I didn’t want to be Hei Hei, but I’ll do some crazy things for my friends and it turned out great in the end.