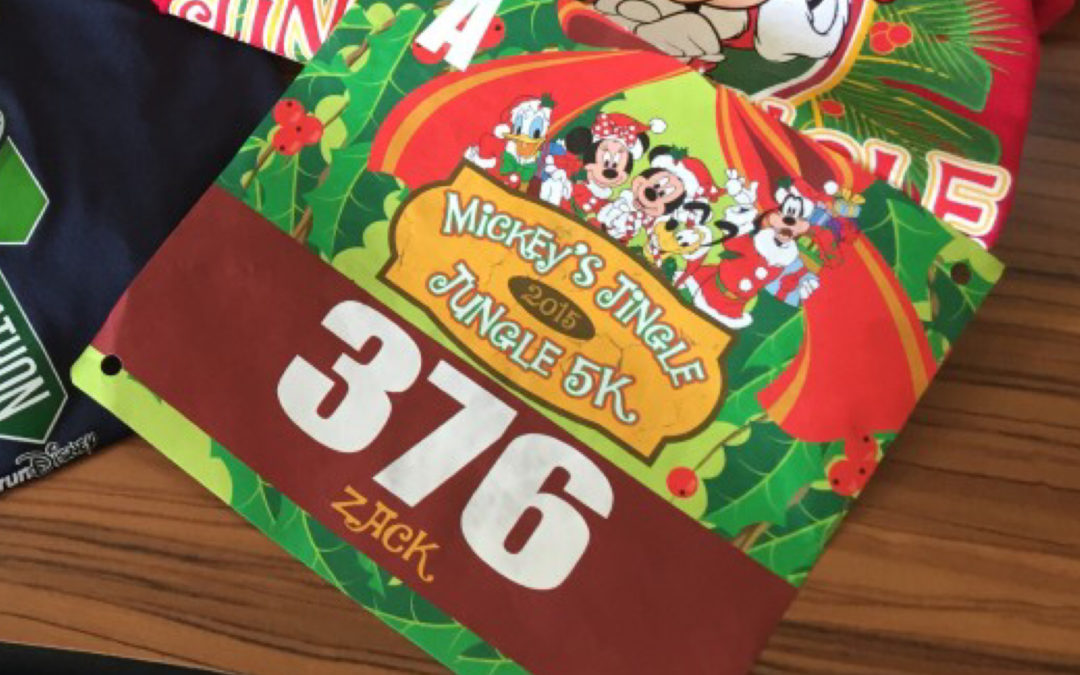 The morning I threw all sense out the window……

I’ve done a lot of races before, but this was my first Disney race. This is the race weekend that should have never been, but I wanted to learn as much I could before the big kickoff in January. I definitely learned a lot! 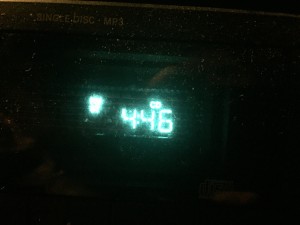 Half past too early!

First Lesson: Timing. We are usually pretty intentional on getting to places early. I’ve shown up to a race 1 1/2 hrs. early and by the time I parked, checked in and made it to the corral to start, I only had minutes to spare. Well this time we left early since we had no idea what parking would be like….and we were the first ones there.

Being first, we decided to wait in the car for awhile and made our first mistake: Get out of the car and go on in. There are characters before the race!

I live in two different subcultures of Disney and they don’t intersect like you think that they would. There is a reasonably large group of character hunters out there. These people enjoy finding all the rare characters and even the fab 5 in their different costumes. They can tell when who is where and even where the secret training spots are.  It’s also widely known in that circle that there are super rare characters at some of the races. You would think that those characters would motive that group to get out and do some races, but it doesn’t.

The second group is obviously the runners.  They enjoy the fun atmosphere and social aspect of the races. You have people that dress up and have fun with their friends and runners that are trying to make good time. People in this group enjoy seeing the character stops but will rarely stop at most of them for a few reasons. #1 They just aren’t into meeting characters but like to see them. #2 lines form on the popular ones and many people  just don’t want to wait in a bunch of lines during a race.  Simply put, they aren’t there just for the characters.

For all of the above reasons, it’s very hard to find a place with good info on characters at the races. 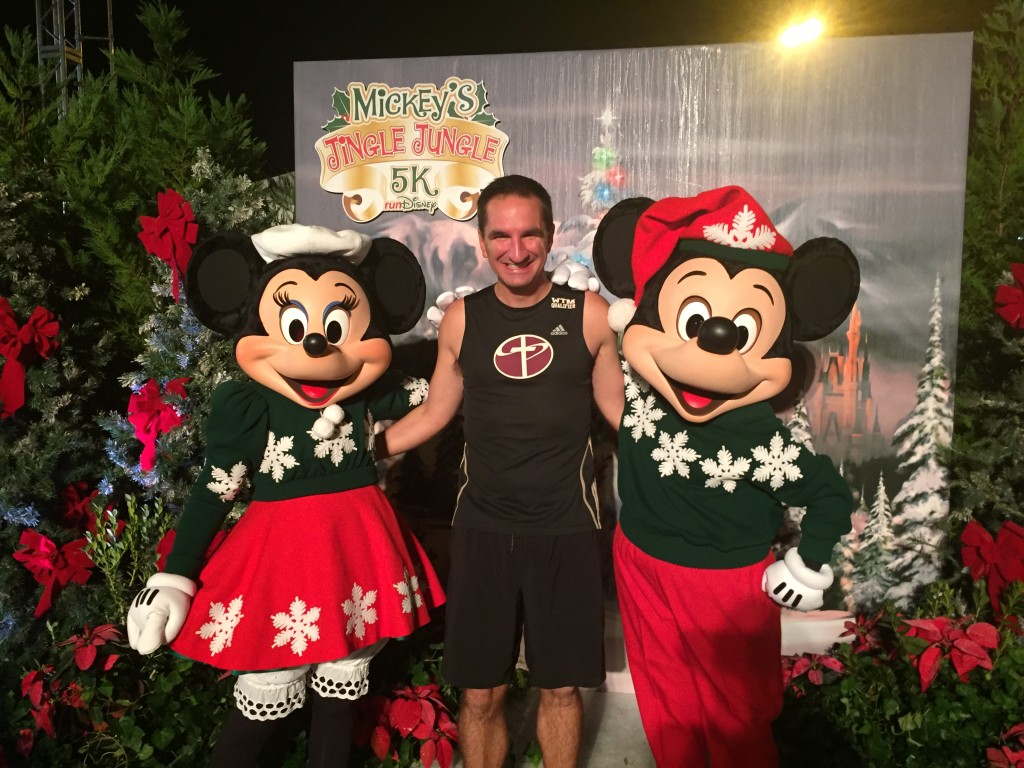 The line gets super long to meet the characters before a race.

We got in line to meet Mickey and Minnie and had fun seeing all the people dressed up for the event. I also met up with my new running team the WDW Radio Running Team. They had my shirt waiting for me and it was great to make some new friends. 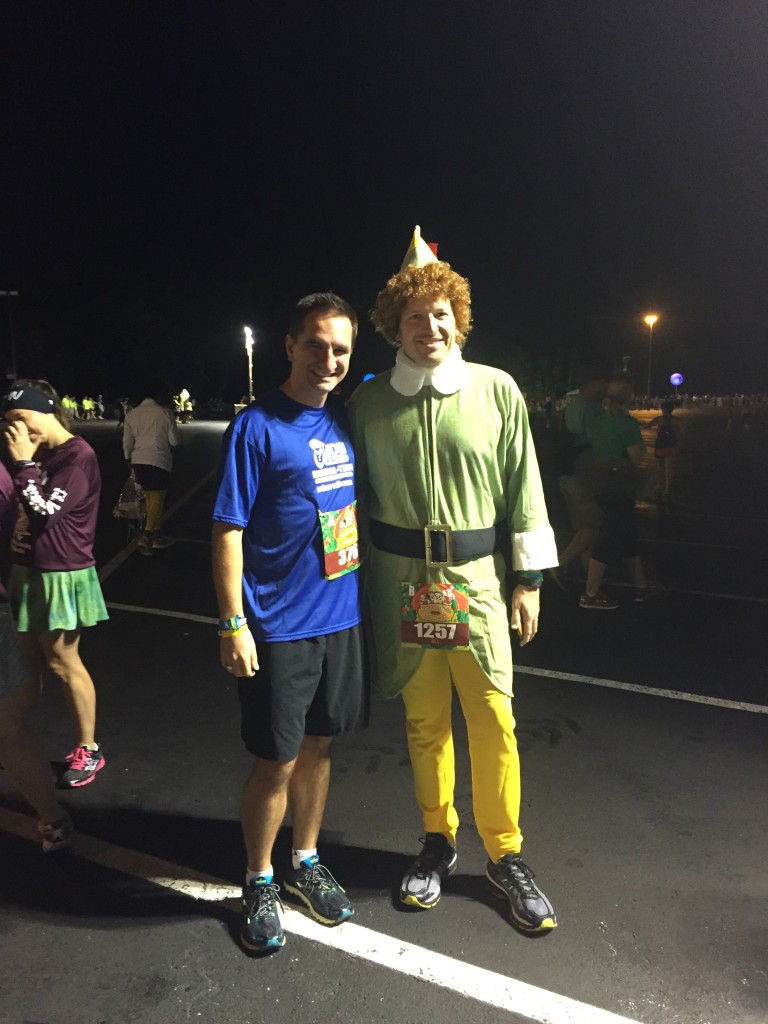 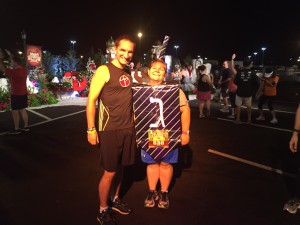 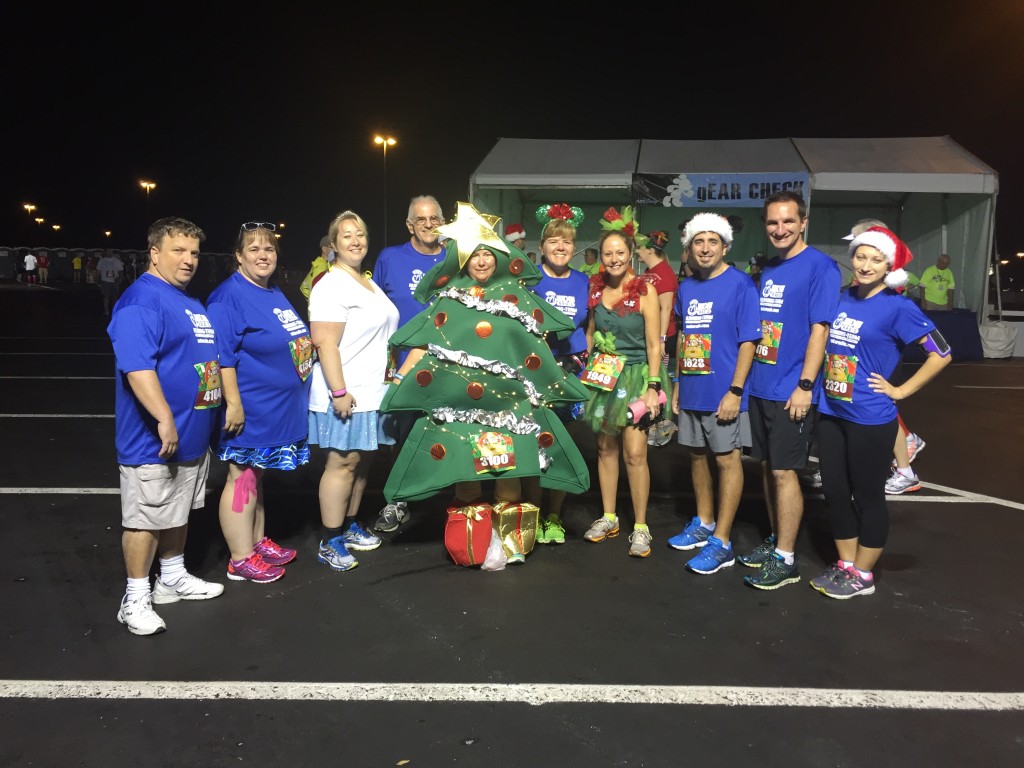 I soon headed out to my corral where I was about to make a mistake that lead to my next learning point.

Second Lesson: Stick to your plan and don’t try to beat everyone….not even the little kids.  Have you figured out that I’m a bit competitive? Even when I don’t mean to be sometimes! I made my way up in Corral A so I could talk to Sharon and the kids before the race. Then I saw a trigger that flipped a switch in my mind: it was the starting line ribbon. I look around and my mind is telling me, “You are going to try to win this race.” Now, rational me says that’s stupid and I’m here to have fun and meet characters, not destroy folks at a 5K. 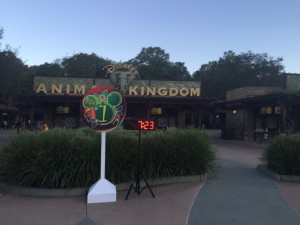 Mile 1. (with the wheelchairs getting a 30 sec. head start)

The wheelchair group goes off before us and my mind is still messing with me. “You can try to win this and get all the characters. There won’t be any lines.” Again rational me thinks that is totally dumb, but the fireworks go off and I’m running a sub 7 minute mile.  I cross mile 1 and I run over to my first character stop. Flick! The cast members were awesome at the stops. They treated the first group almost like a relay, where you passed the baton from one runner to another. It was just my phone instead of a baton. 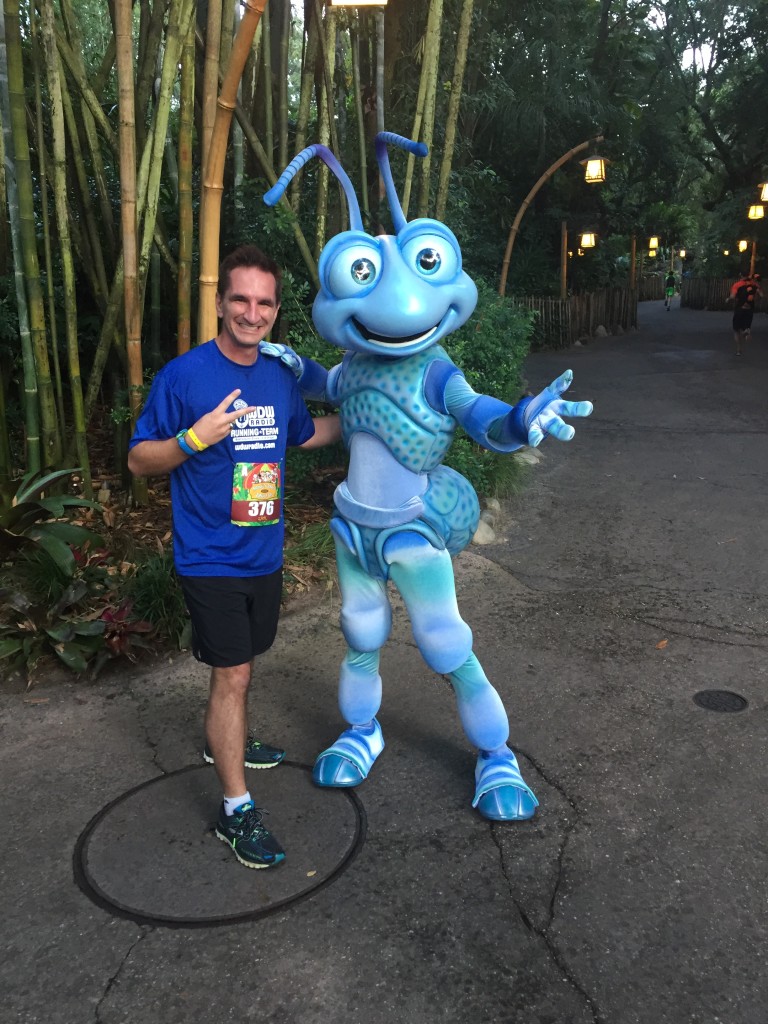 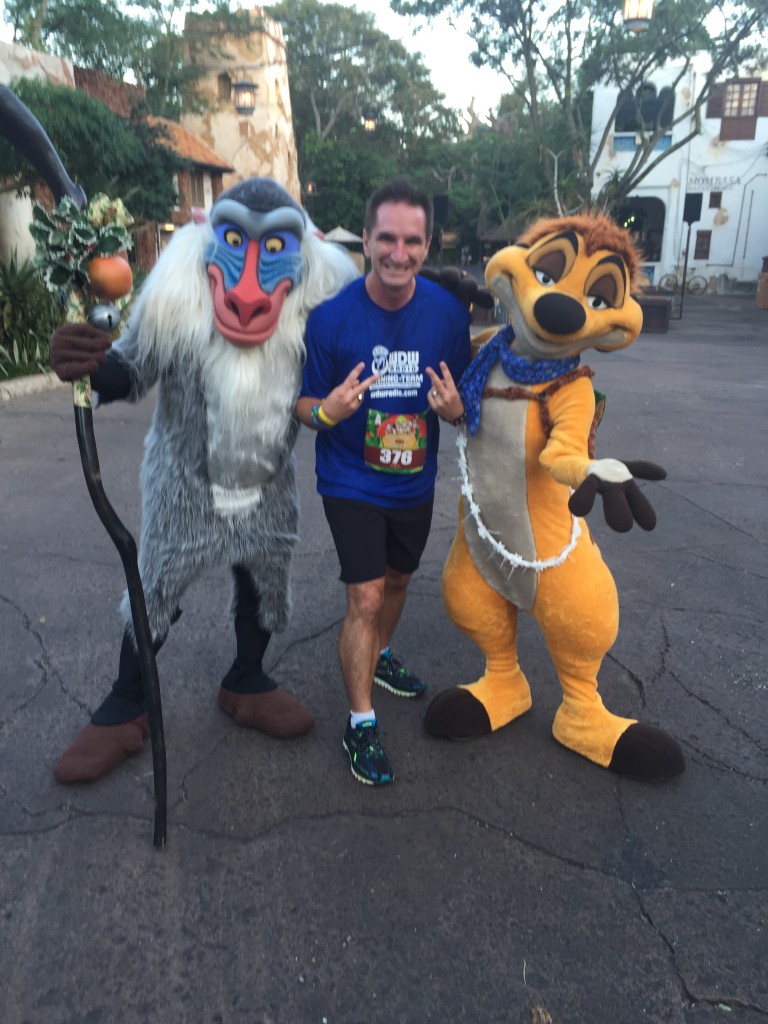 It definitely was fun to run in the park before it was opened to the public. The good thing about being out in front is that I think it gave me a far difference experience. The whole run it really felt like it was me and about 10 other people out there running. At one point the course turned in on itself and you ran close to the people coming in to the park. It was packed! It was far different scene. Long lines just to get your picture with the Tree of Life in the background. 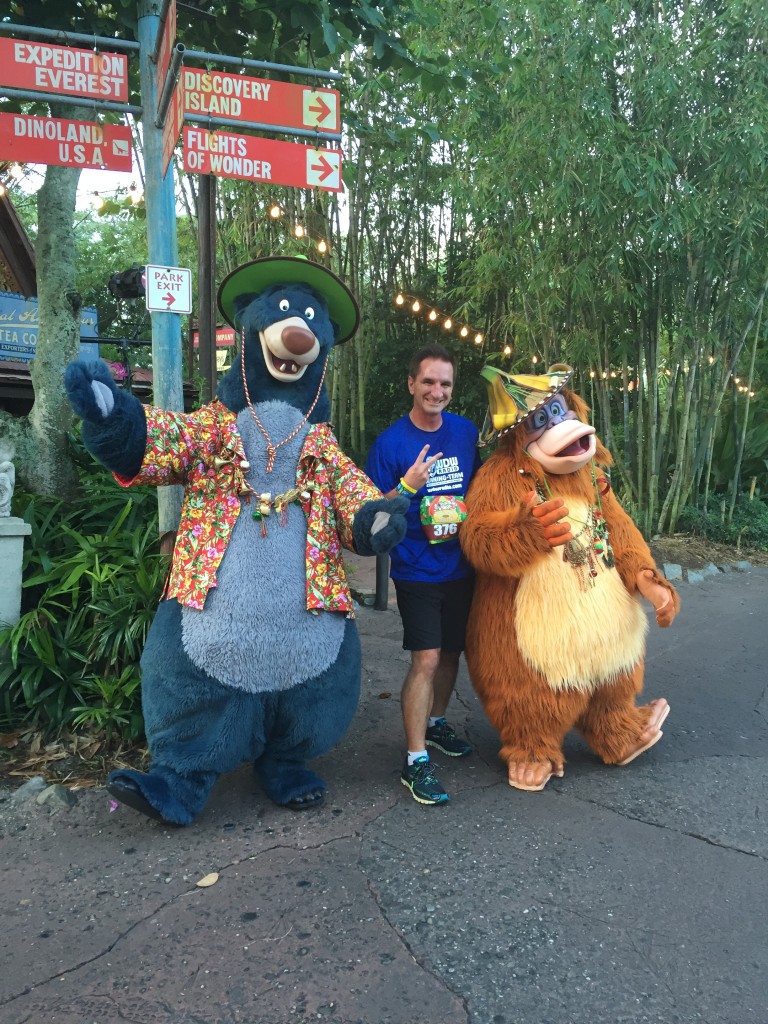 I didn’t get any first find characters on this race, but I did get a chance to meet a bunch of characters in their race exclusive costumes….and I’m not sure why I was peace signing the whole time. 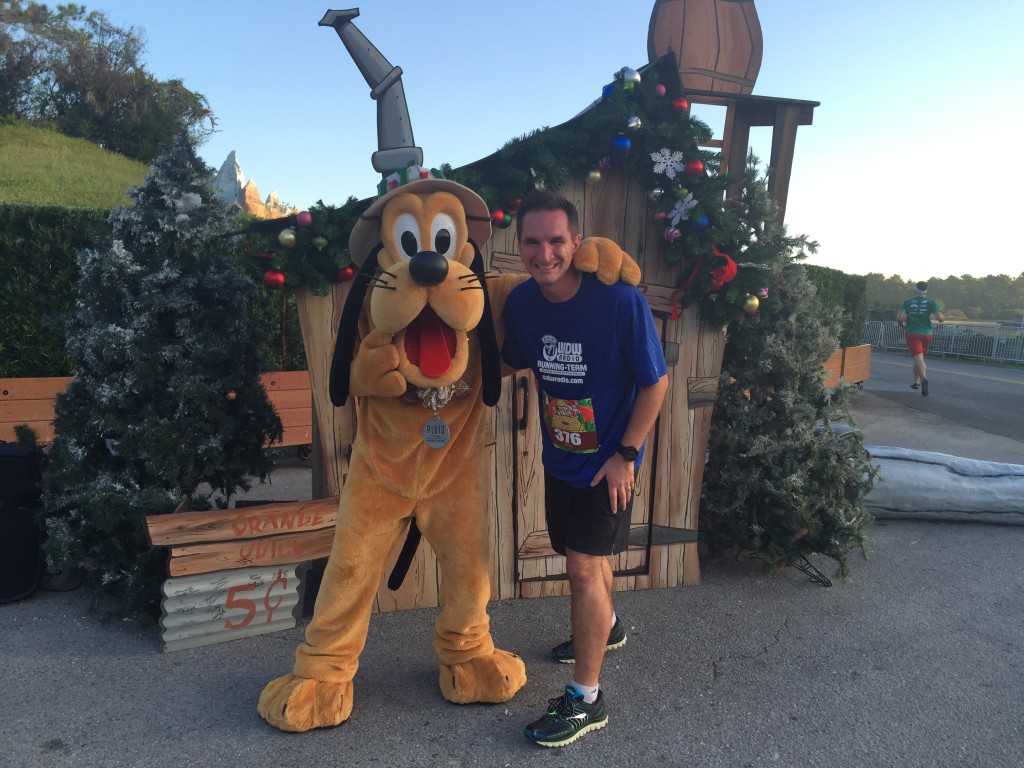 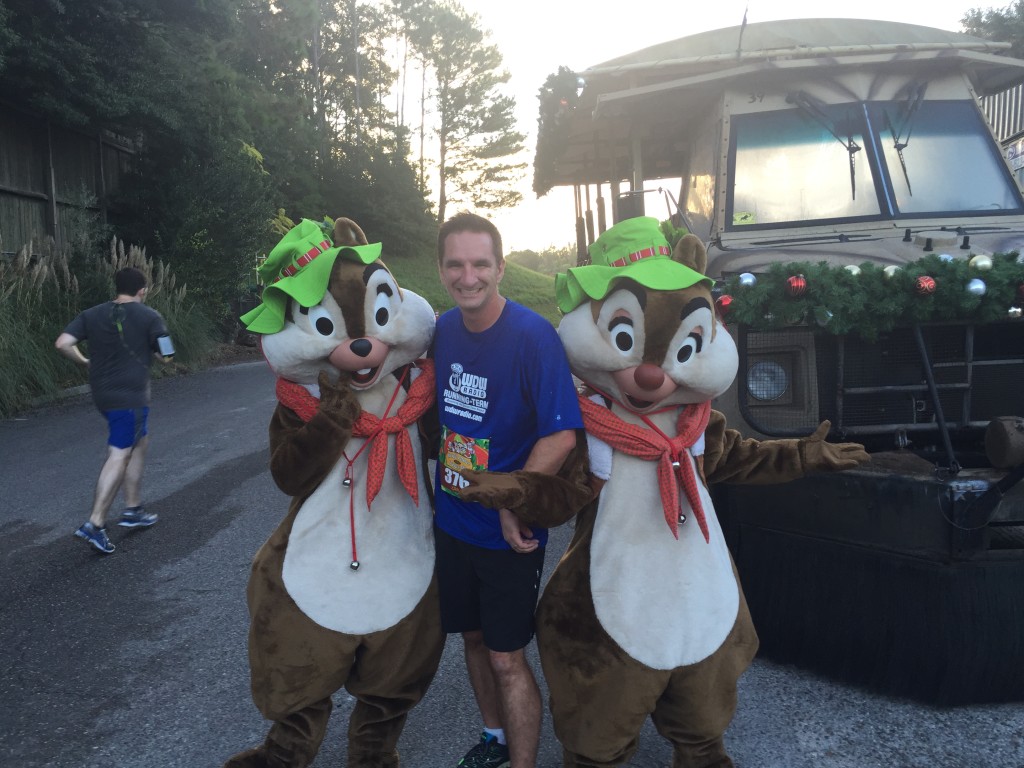 Yes, it bugged me when people passed me while taking pictures. 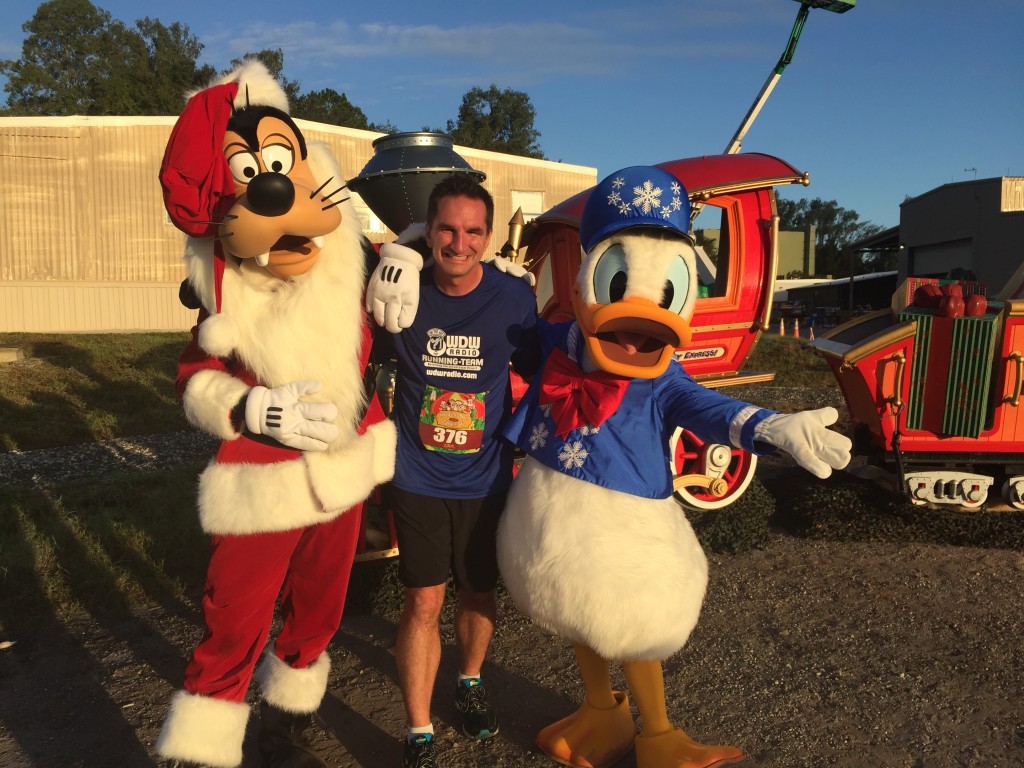 I ended up finishing in the top 20 overall. It was a great race, and gave me something to look forward to that night. 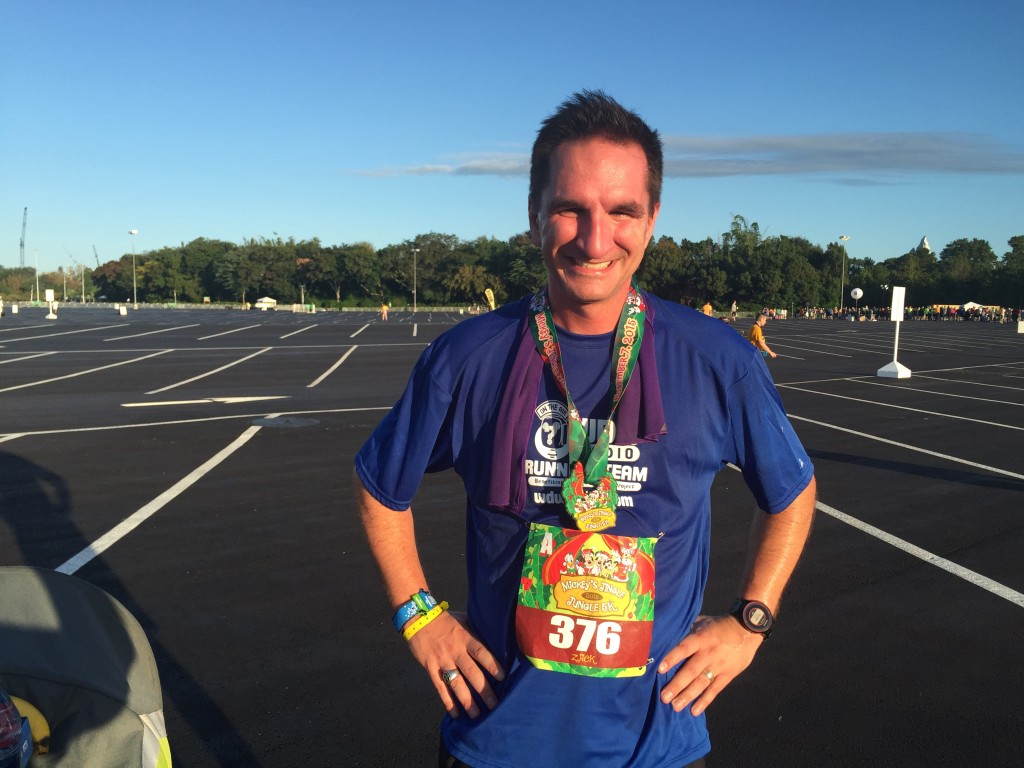 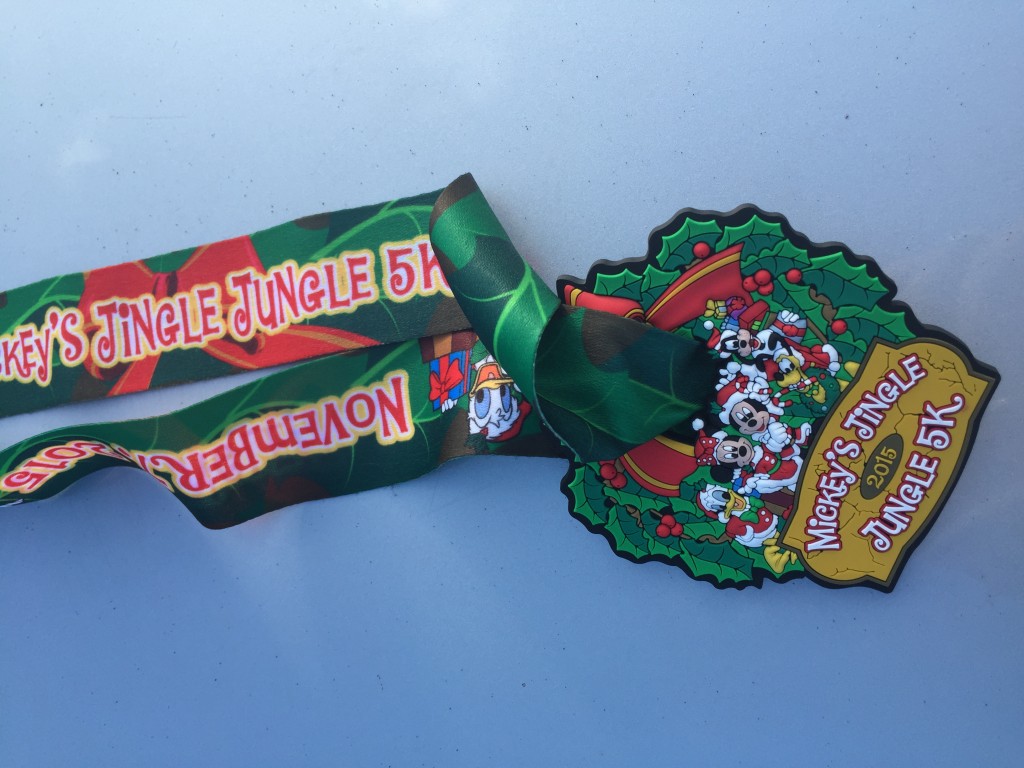