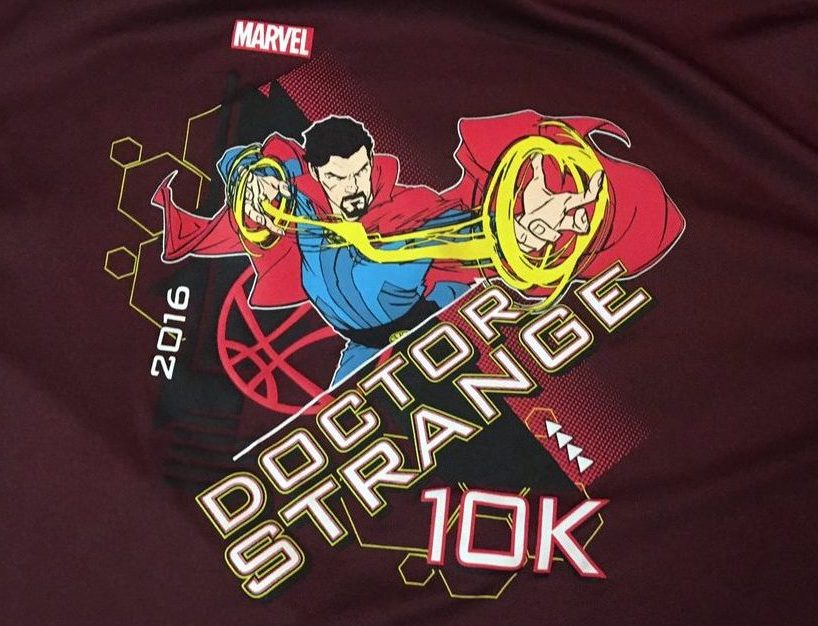 This course again was similar to the Disneyland 10k. It seemed like it was a tad bit less park than before, but maybe it was just less backstage running.

I caught half the course in the dark and half as the sun was coming up. It really is a blast to run through the parks. There is always a good group of cheering in the area between the parks as well. 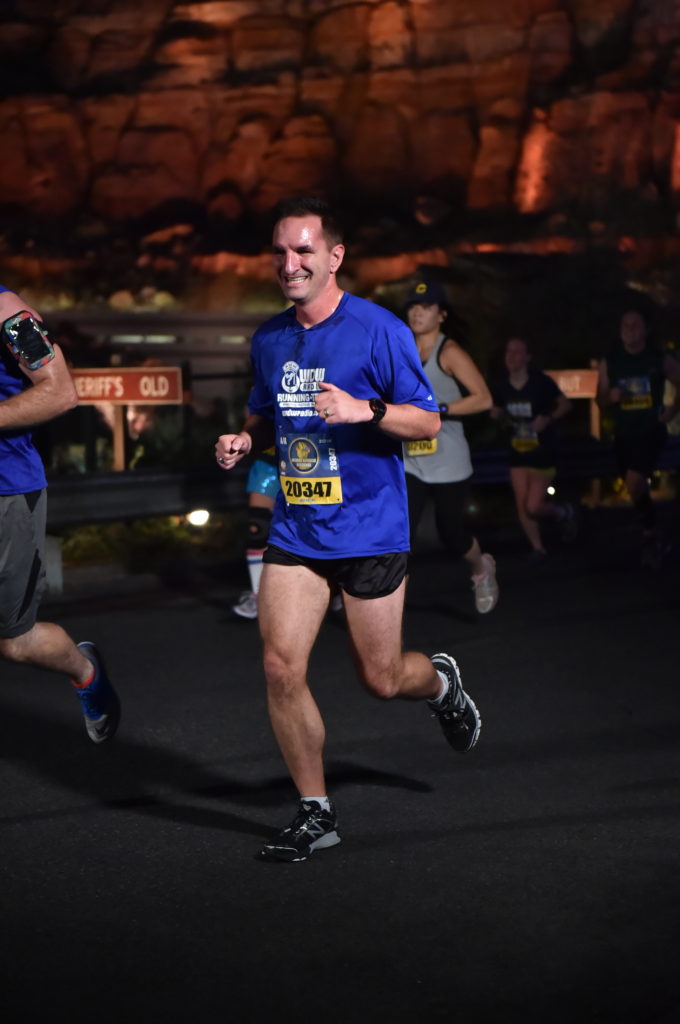 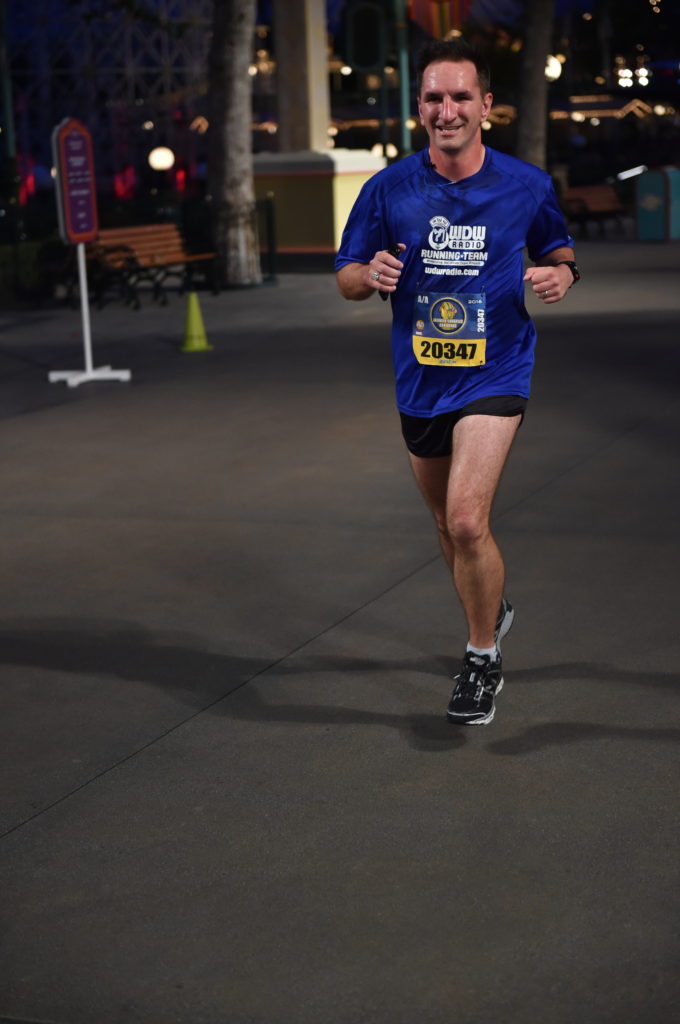 Since I got all the characters yesterday it was time to do some fun pictures with them….in the 10k short shorts of course. 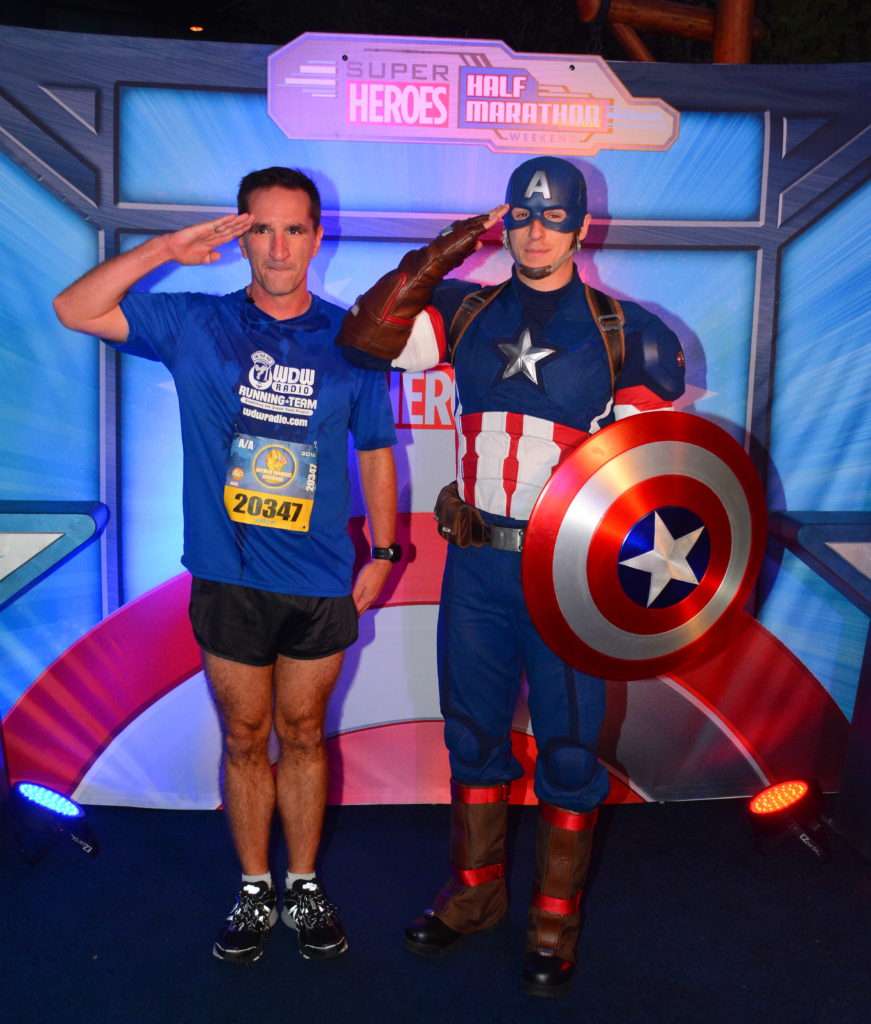 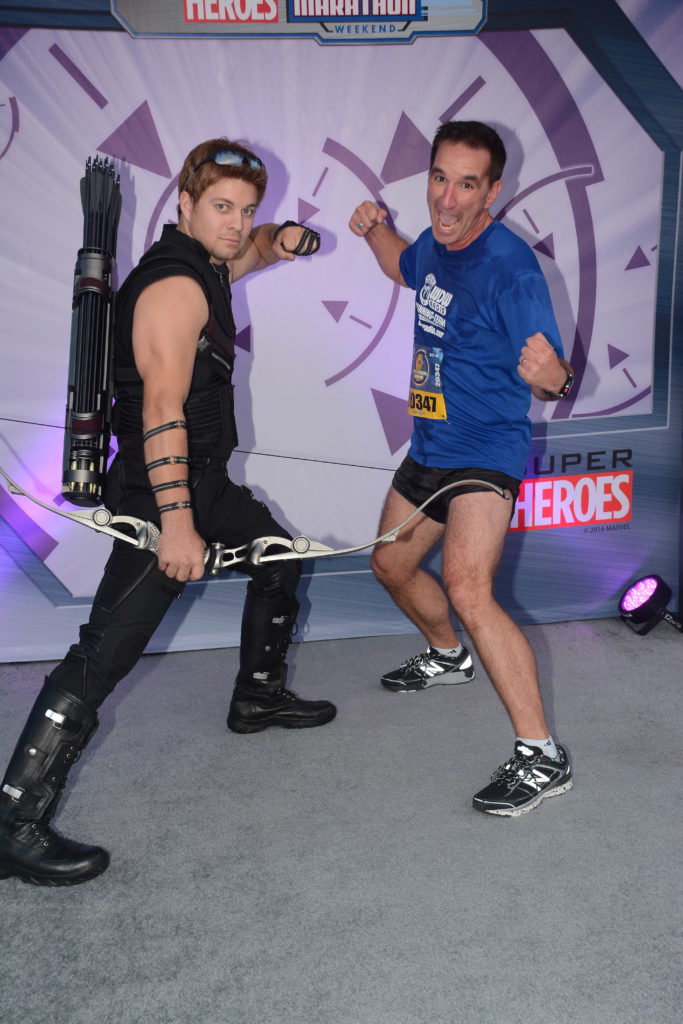 I don’t think Black Widow was impressed and who needs Thor when you when you have these guns? 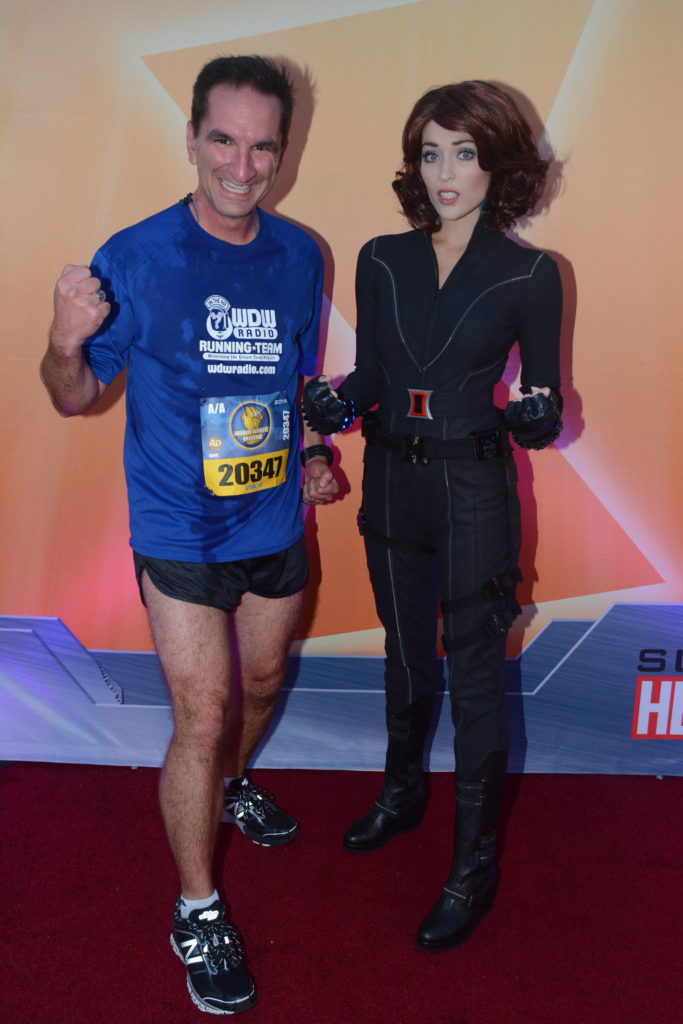 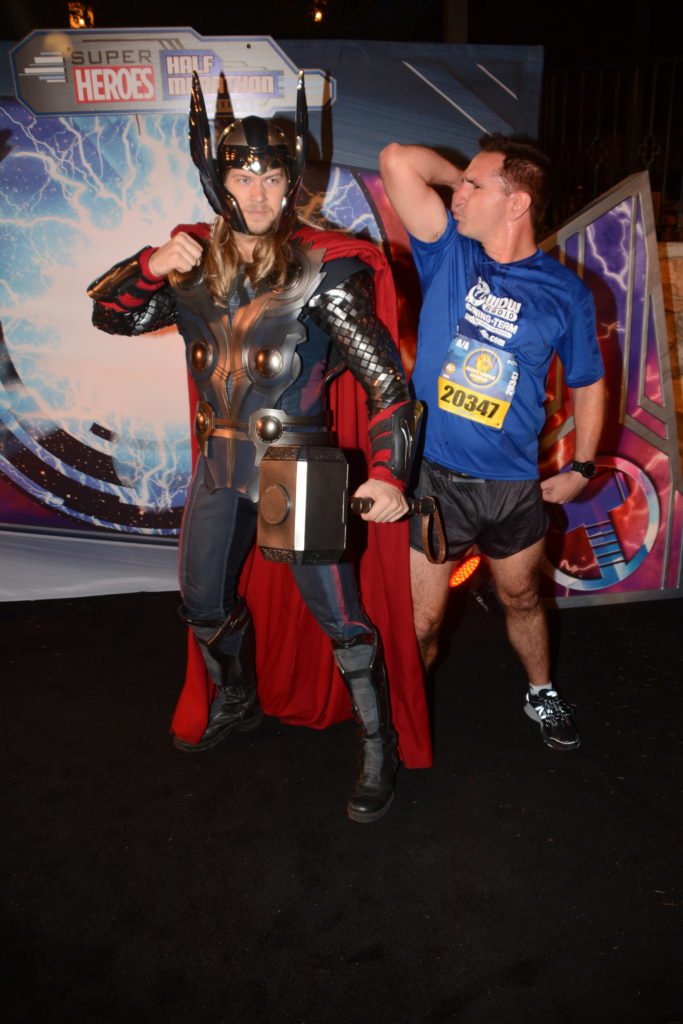 All in all it was a pretty straight forward Disneyland race. Even with it being more a “regular” race, you still can’t beat running through your favorite lands and the castle. 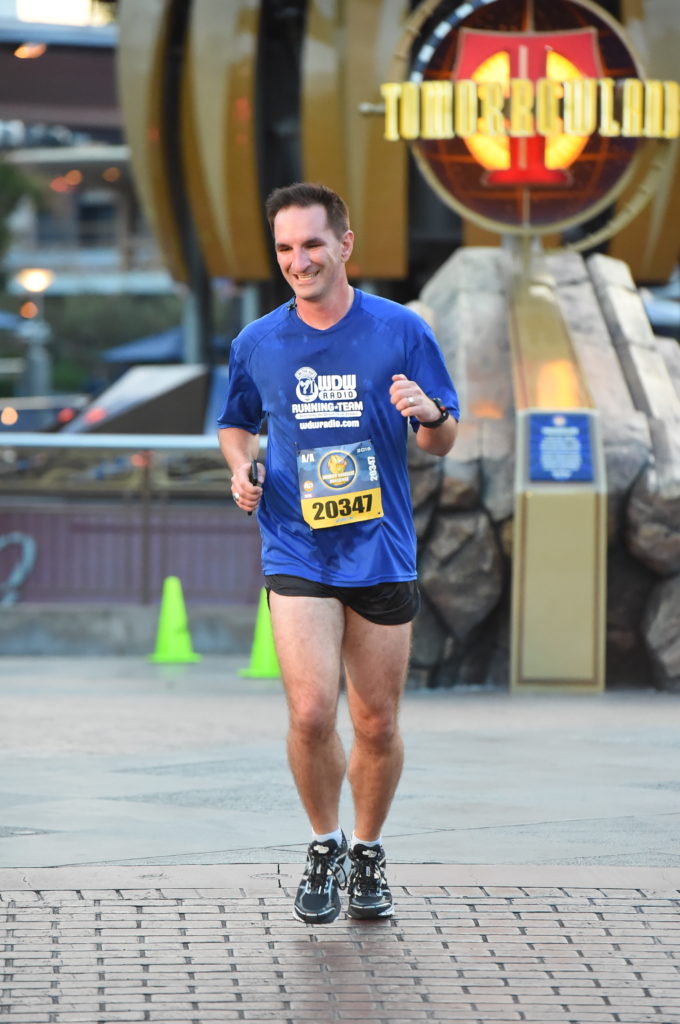 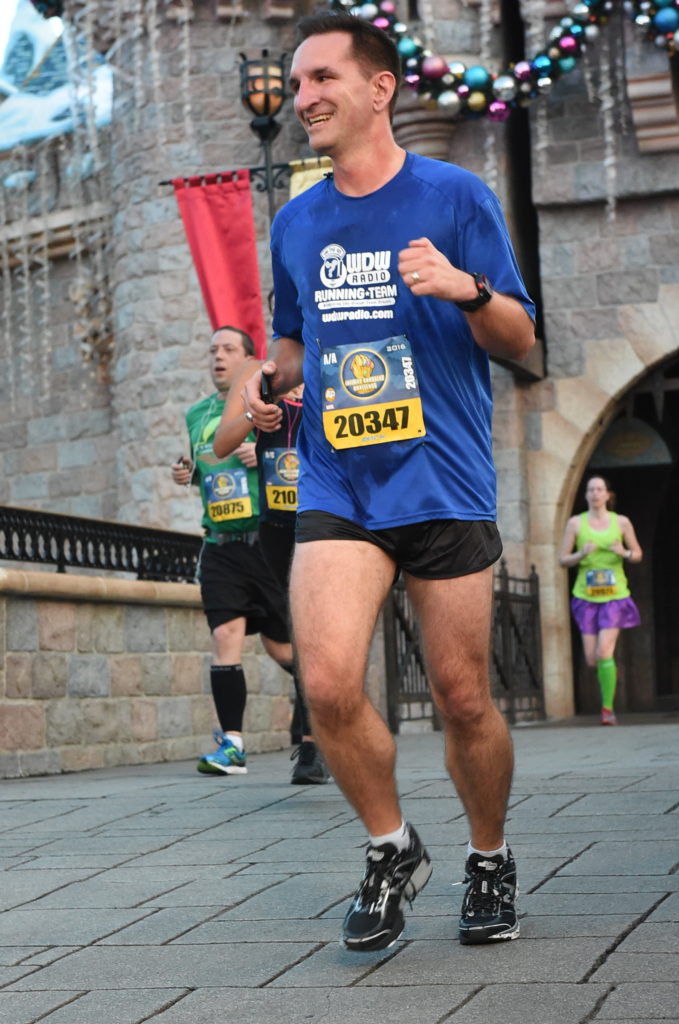 Towards the end, was Dr Strange himself! It took me 5.5 miles to find him, but I was able to check him off the list. He wanted to do a spell pose, so why not? Nailed it…..maybe not. Love all the detail in his outfit. 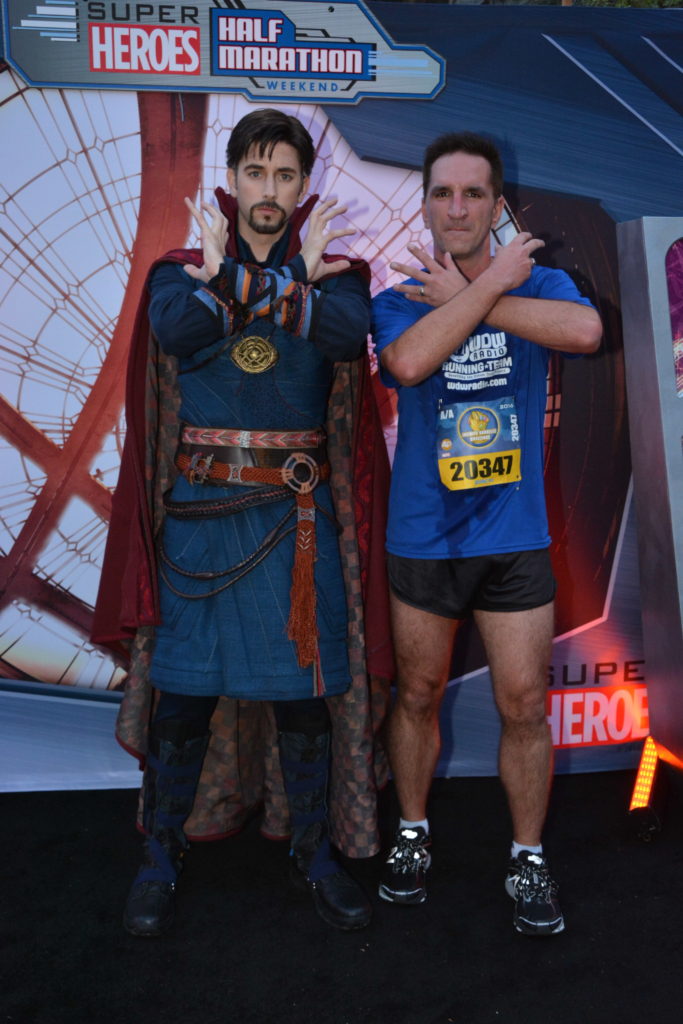 After that, it was off to the the finish! 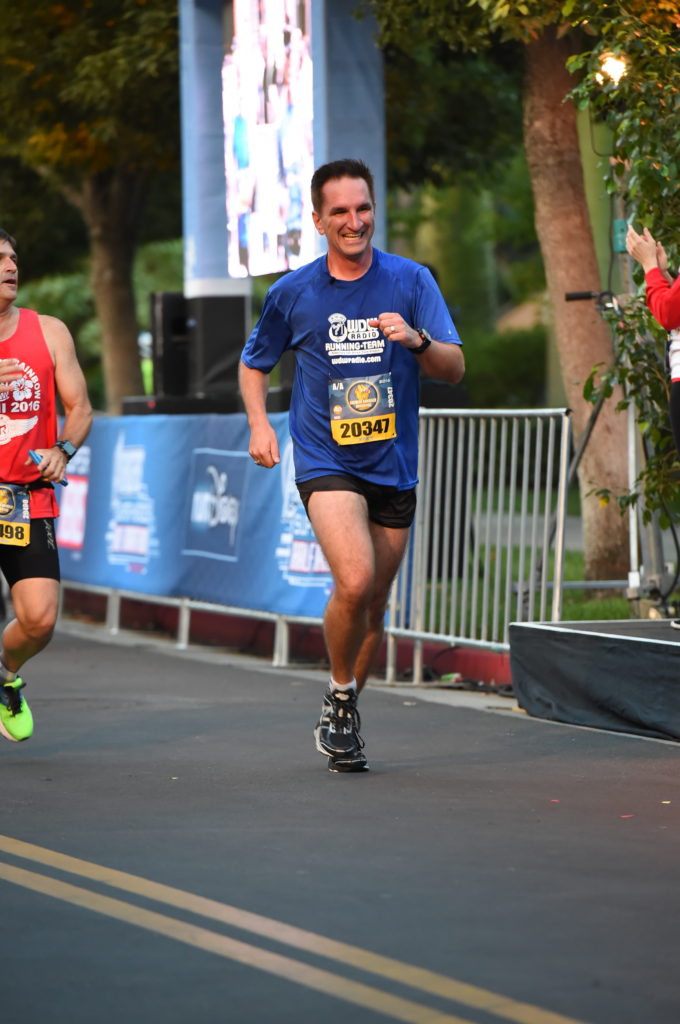 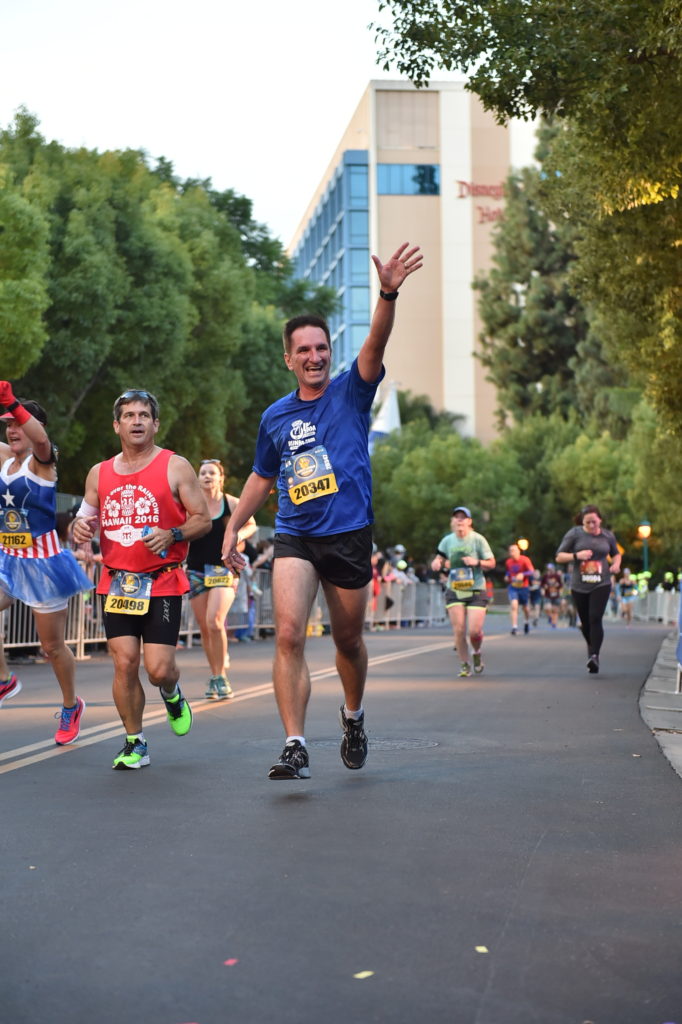 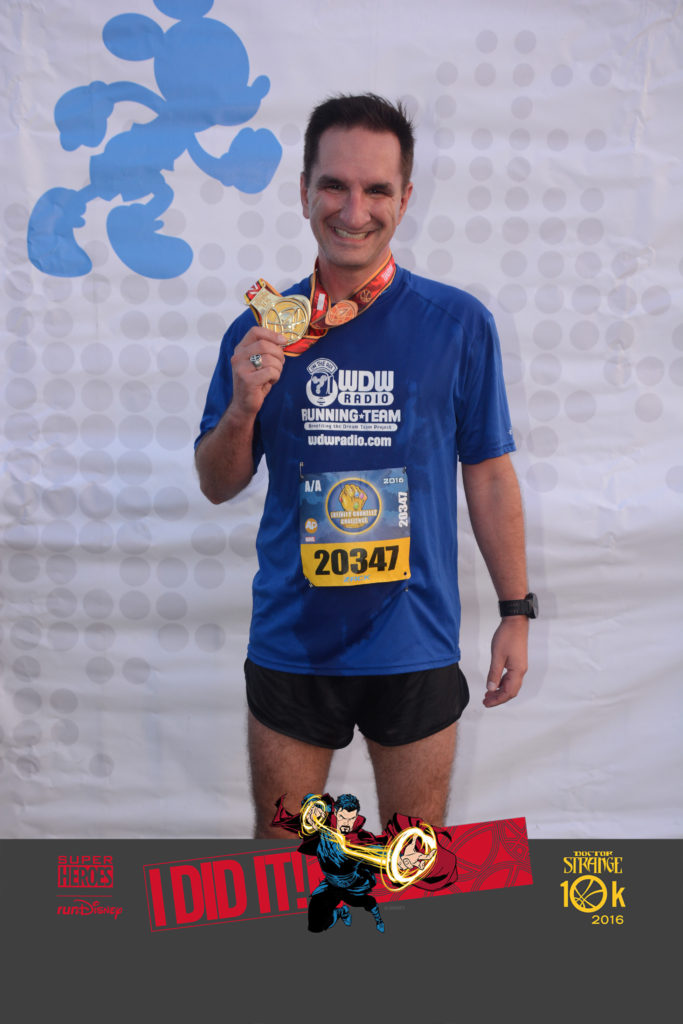 I hit the parks pretty hard this trip to ma 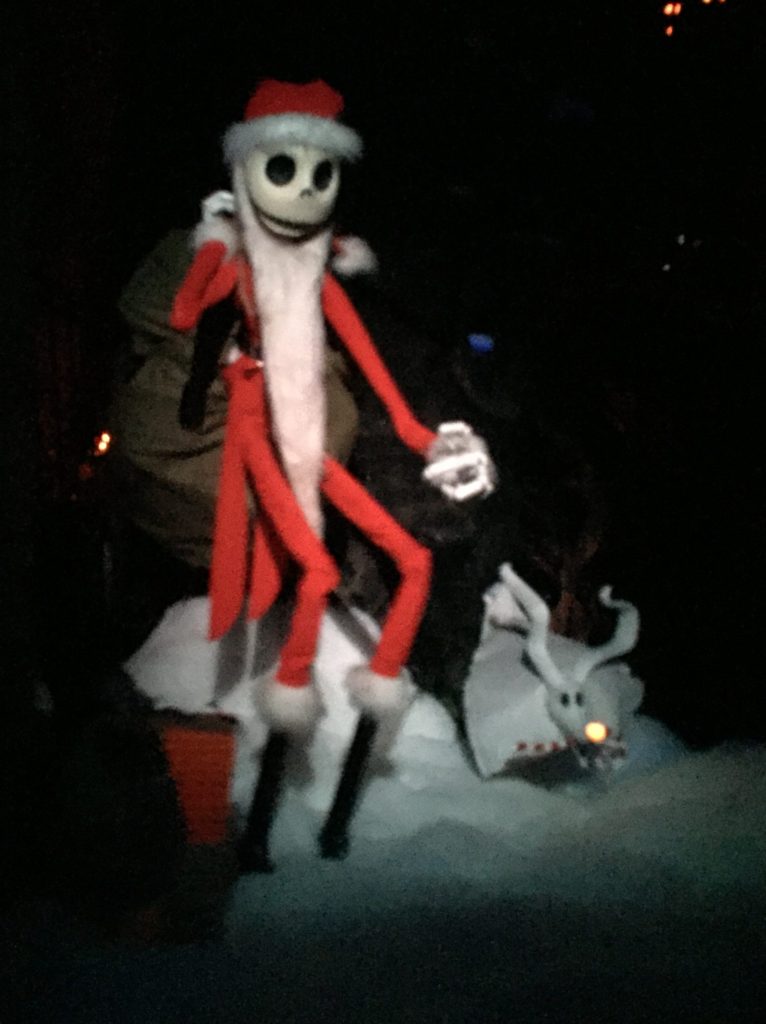 ke sure I soaked in all the Christmas decorations. I absolutely love the the Haunted Mansion overlay at Christmas. They do the whole thing from the inside out.

I think I jumped on it four times during my trip there. I may even like it more than the regular ride. They will also have Jack and Sally greet guests outside the attraction during different parts of the day.

It’s usually up around Mid Sept through Christmas, so if you have a chance, check it out! 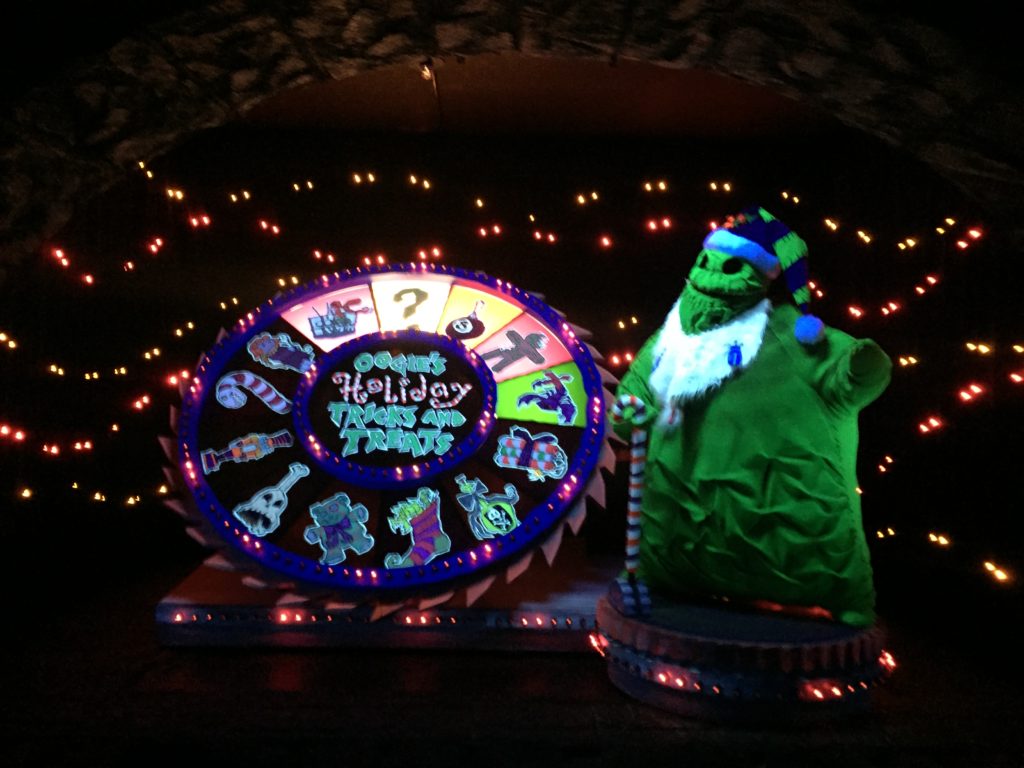 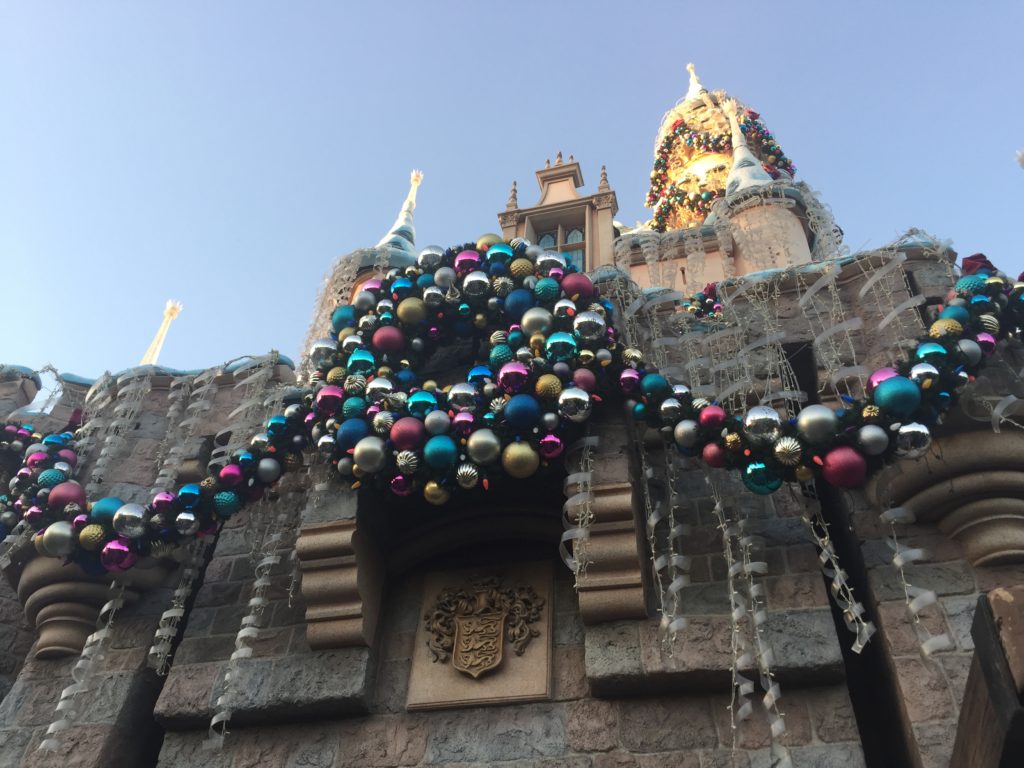 I also had a great chance to meet the Three Caballaros! They were hilarious when I told them how long it took me to finally find them. Luke and I got the regular set at the Disneyland Half, but they were raised up on a platform.  I also loved the fiesta themed Mickey and Minnie! 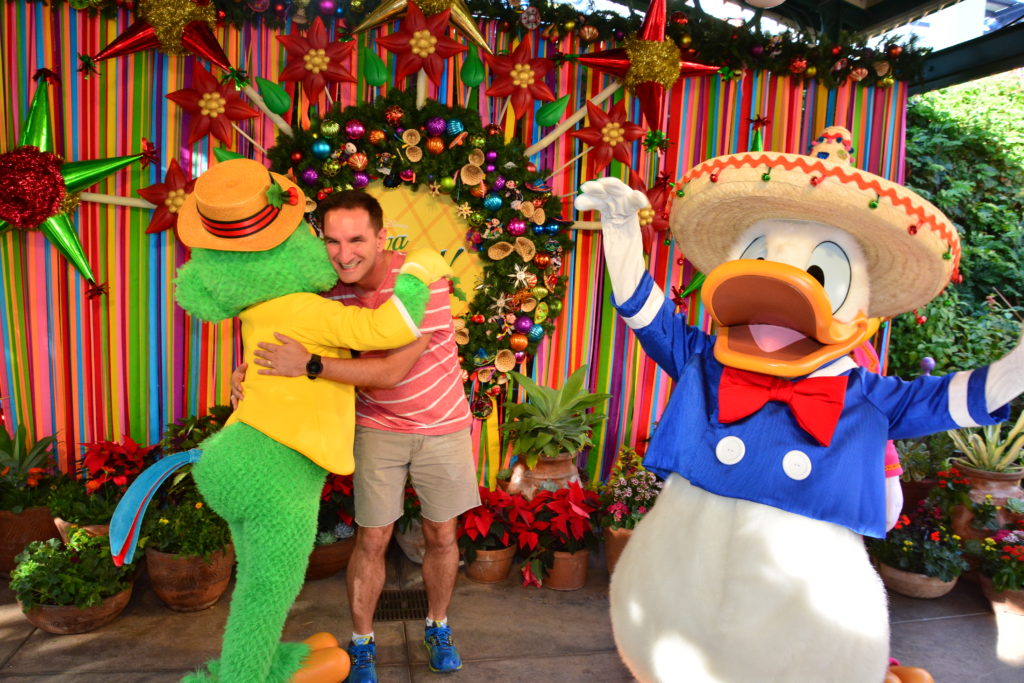 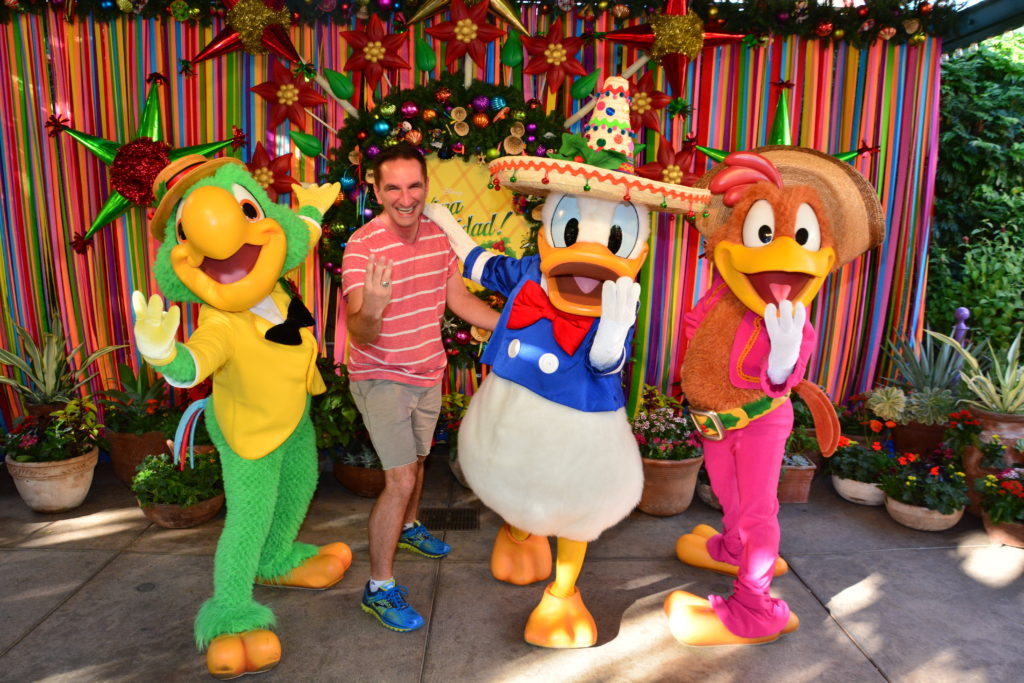 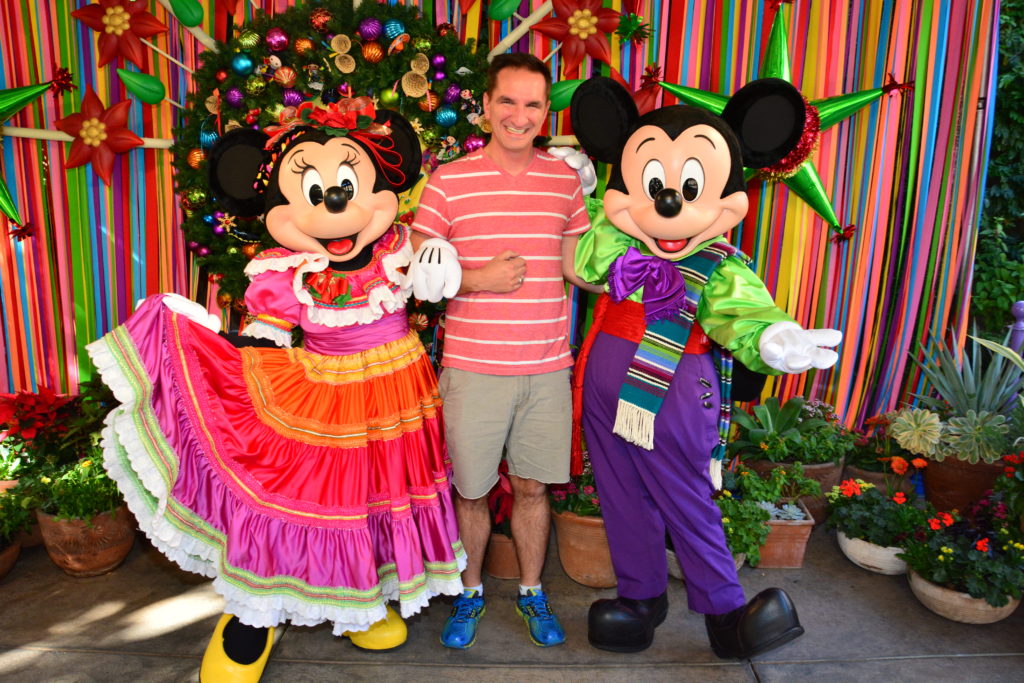 Disneyland does a great job of updating their characters for Christmas. Almost every single one has at least a little Christmas twist to their normal outfit. They even had props at several locations this year as well. 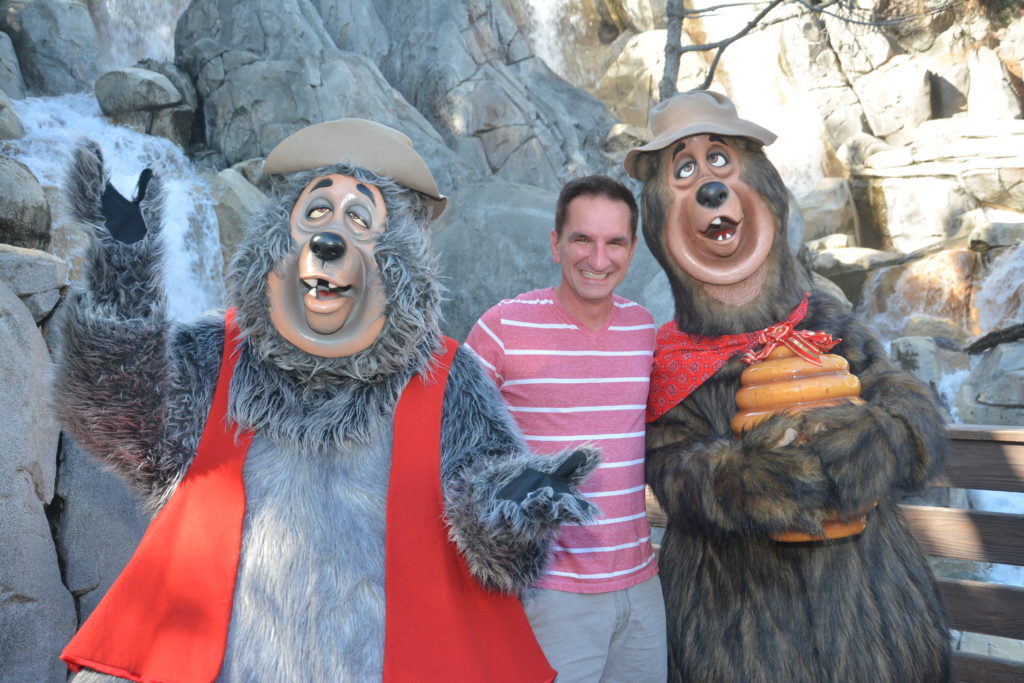 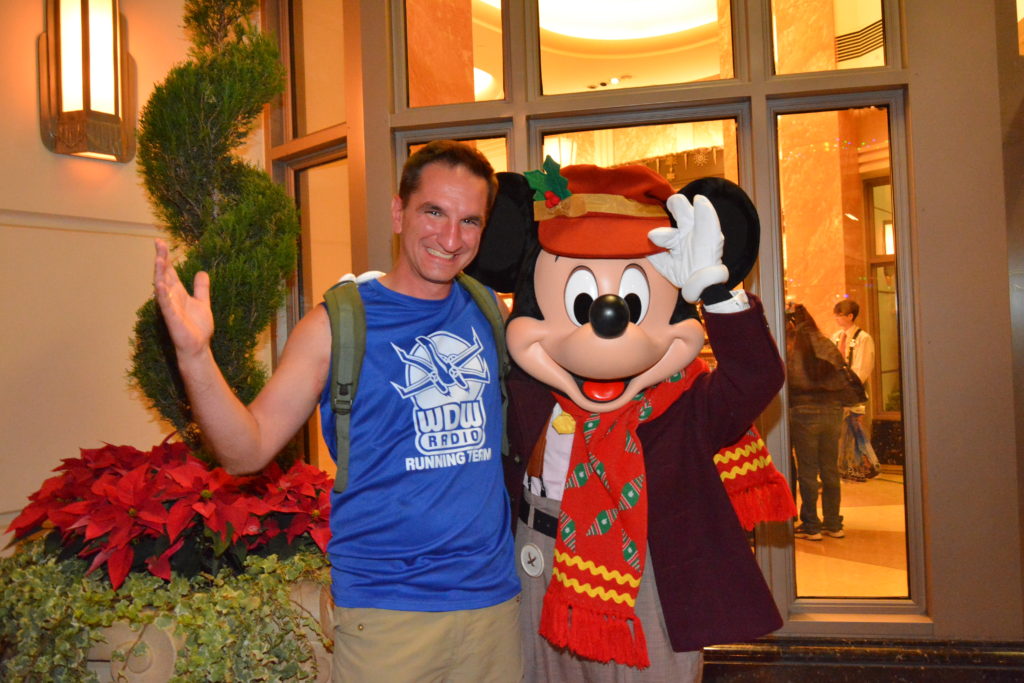 UP NEXT: AVENGERS HALF MARATHON!