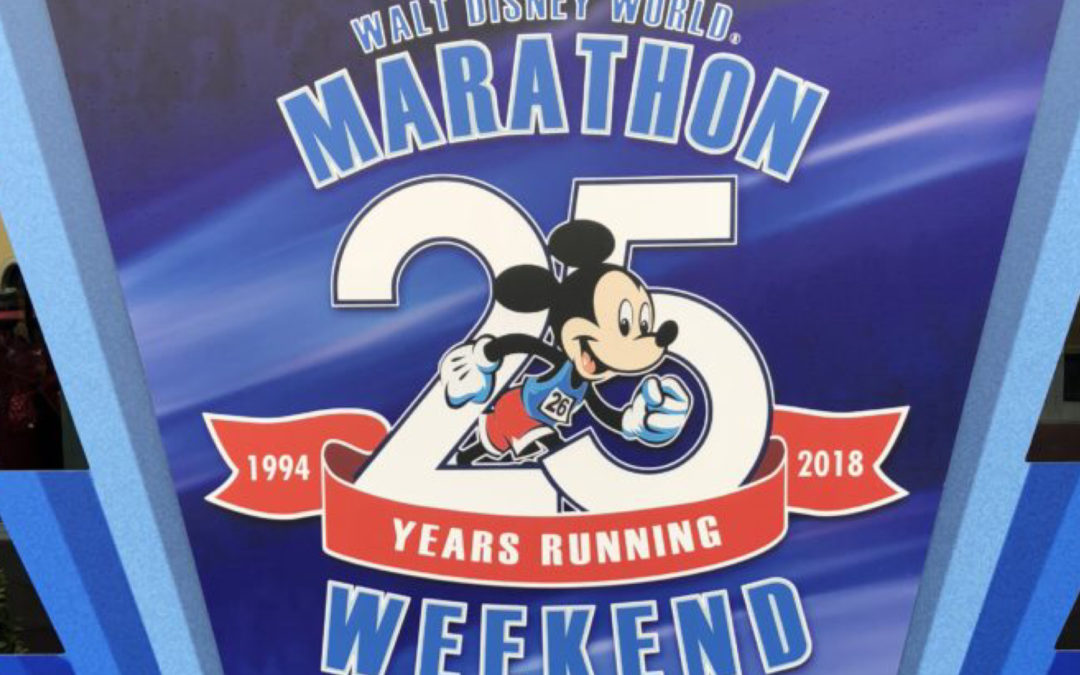 I wasn’t supposed to be here.

It’s well known that I will step up to just about any challenge, accomplish it and then I’m off to the next thing. So why am I dumb enough to do the Dopey Challenge twice? It really came down to three things.

The expo was set up differently this year as it was in transition. They were going for the experience of the DL Expos but scaled up to WDW size. Results were mixed at best this time. People reported waiting hours in the rain and cold to get into merch.  My tips still are the same: Get there early on day one. merch, bibs, expo. If you hit the expo first, you are wasting some time.  Also, go with friends if possible. They make it so much more fun! 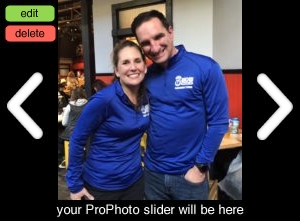 The boys of the running team decided that they were going to dress up as 80’s and early 90’s WWF wrestlers. I got roped in later and although I did watch some wrestling and knew everyone as a kid, I didn’t live and die by it, but……I did love GI Joe. So I went as a Sgt Slaughter. It was fun because we all worked on our costumes separately and would tease them to each other, but no one had seen them all until we were together that day. It was a sight once everyone was assembled. 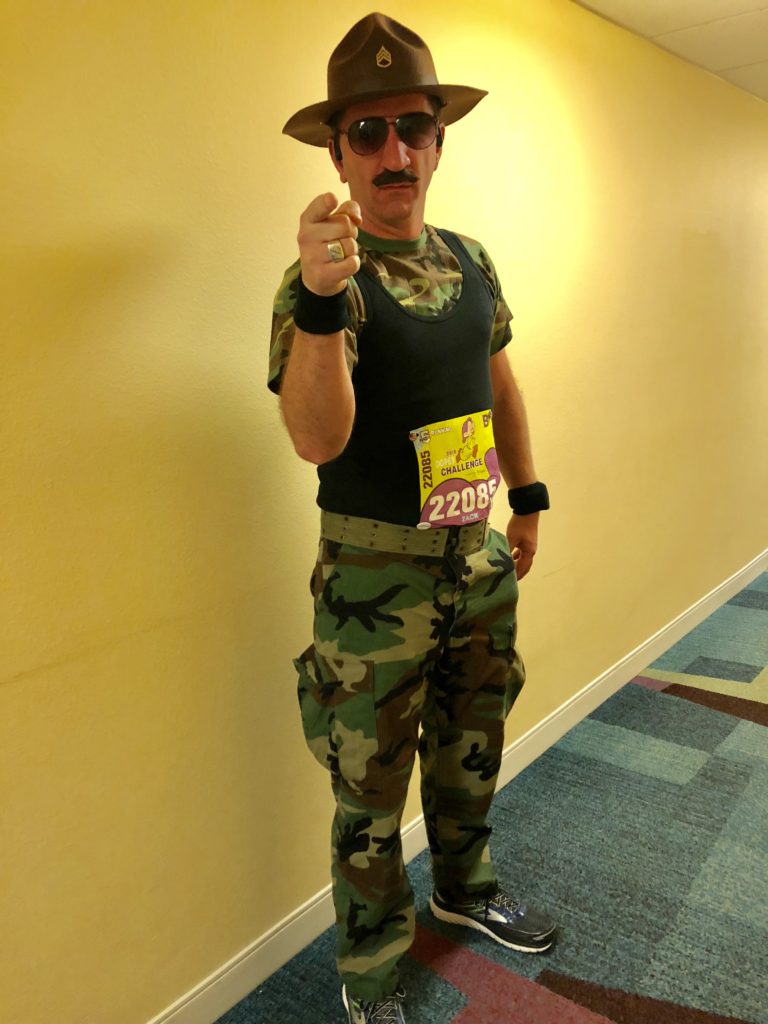 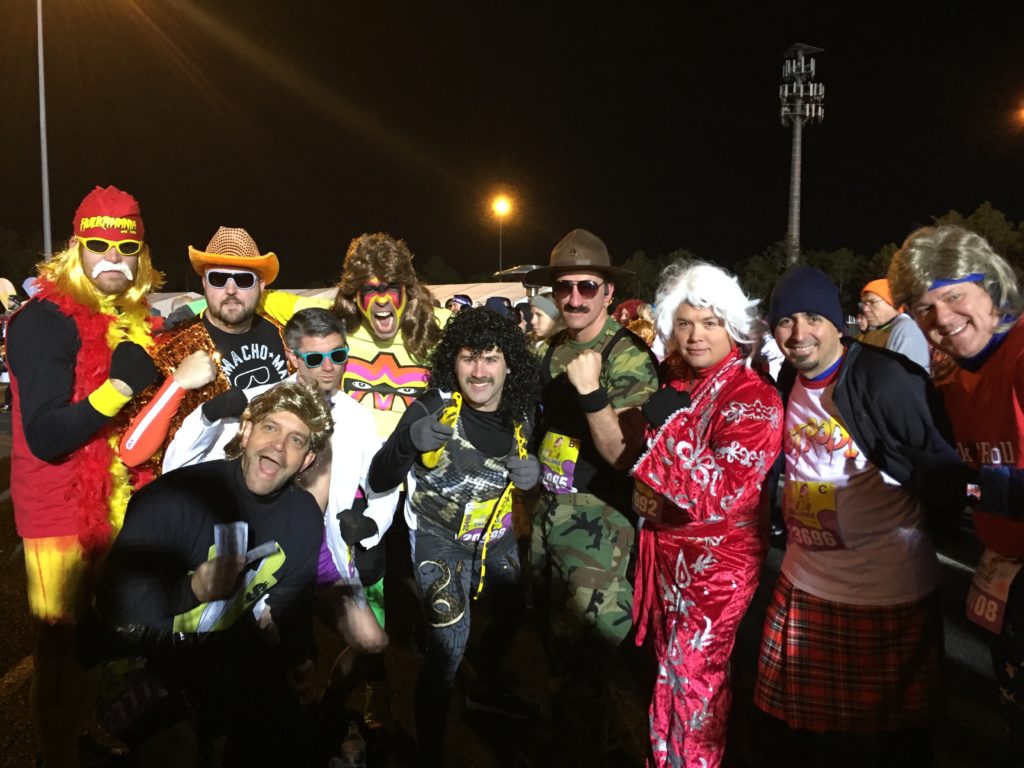 It was so cold that day that it altered several of our costumes. I was in and out of sleeves, Hulk added a layer and Luke… well he still ran in a jacket and shorty shorts. 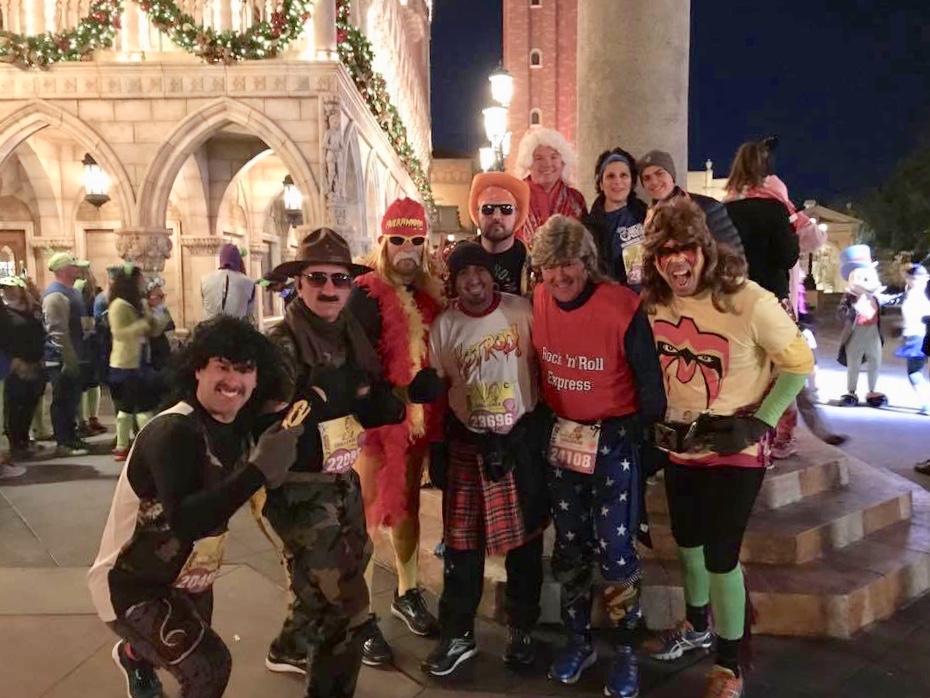 We had a great time out on the course and became an impromptu photo stop while people waited in lines for the real characters. 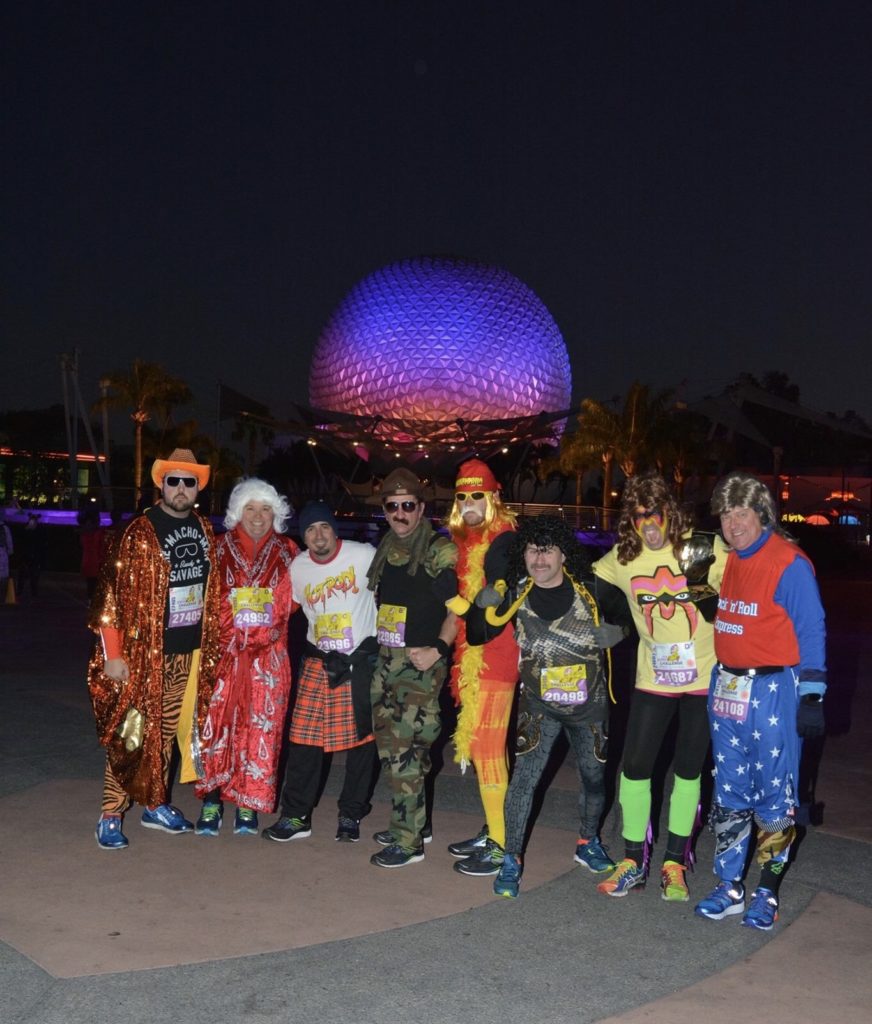 Once we made it to the ball we had to stop and fight it out to see who was going to cross the finish line first…. 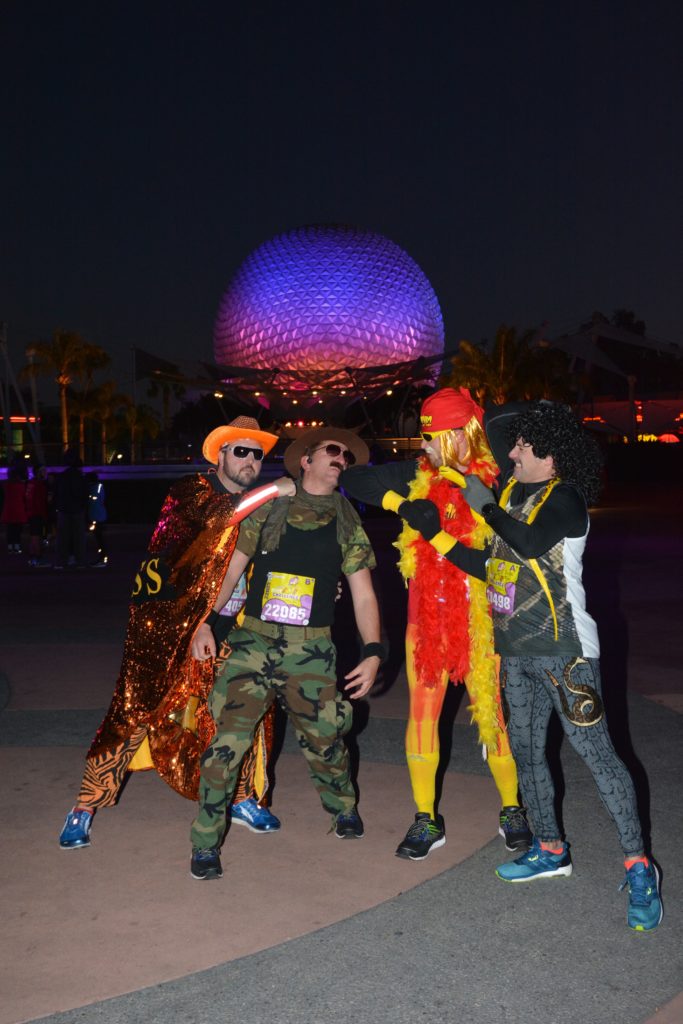 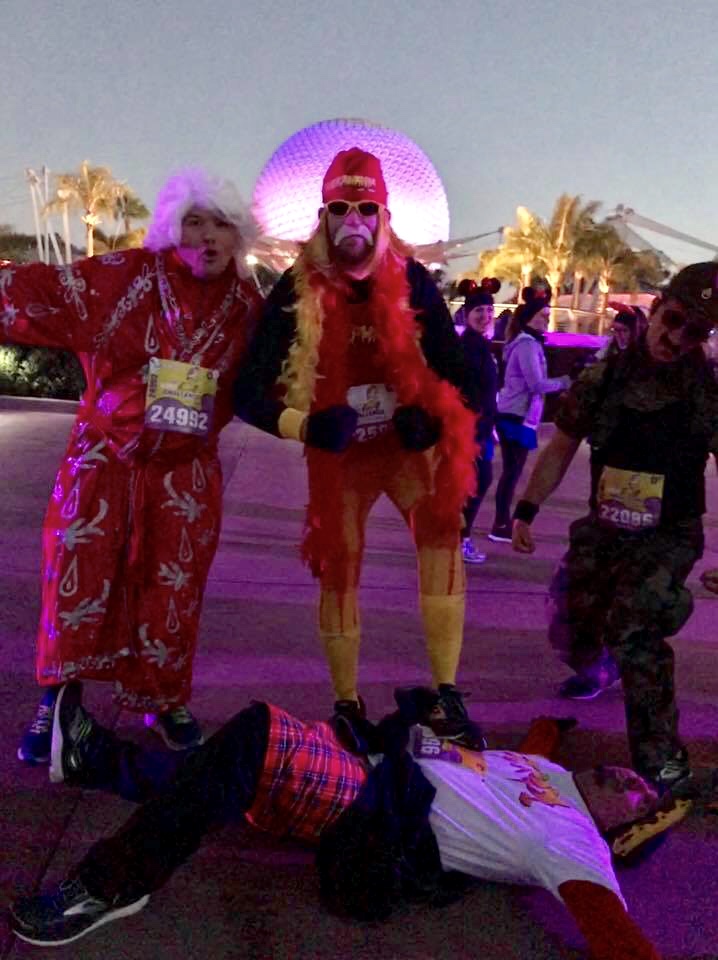 After the brawl, it was a quick distance to the finish line. 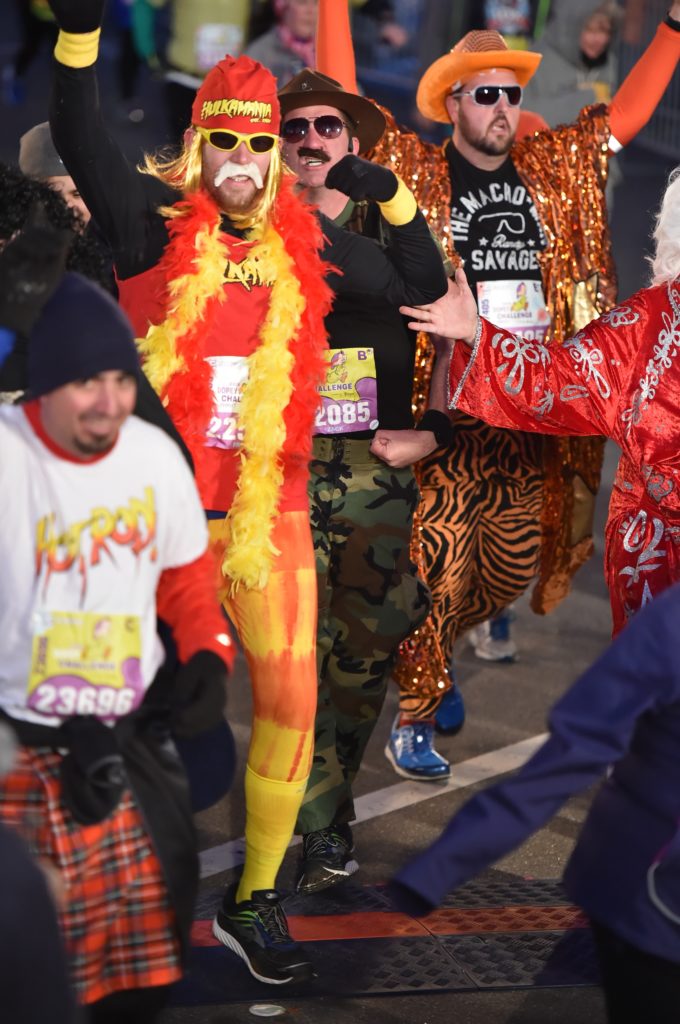 I like how it looks like Im getting clocked in the face as we cross the finish. Fitting.

So no costumes today. Just a plain old run. There is typically one good rare character stop at the 10k. Donnie and I decided we would start out up front and get some characters.  We see Darkwing and Launchpad which was the rare one from last year. My hopes were dashed that we were going to get anything good for this race. As we are closing in on our second mile, I notice a running cadence of someone and know immediately that it’s my good friend Jeff. We pull alongside of him and we run the rest of the race together. This was such a treat because we haven’t run a race together in about 8 months.  Donnie played hopscotch the rest of the race around Jeff and I as he stopped for characters. 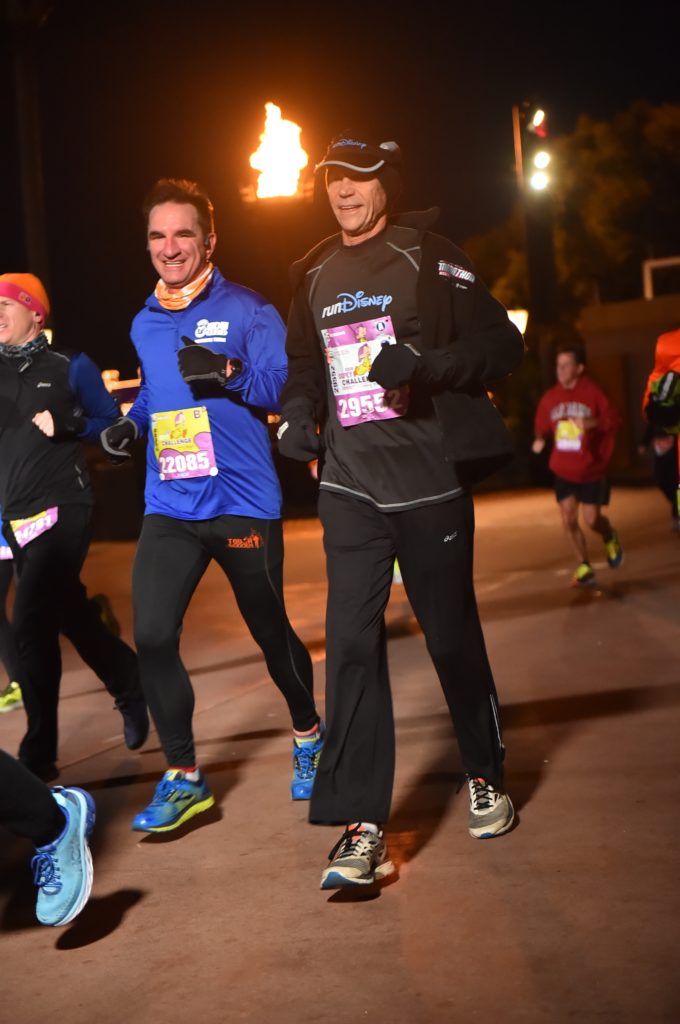 I can usually get us some good pockets for pictures and today was no exception. We had a great time catching up and enjoying each others company on the course. He typically gets stopped several times for pics, but not today. I think it was because it was so cold and he was harder to recognize all bundled up.

Jeff is a machine. About the only time I can get him to stop is when the WDW Radio Running cheer team is out. The only other times are for bathroom breaks and that’s mine and Barbs chance to get a character while he catches up. 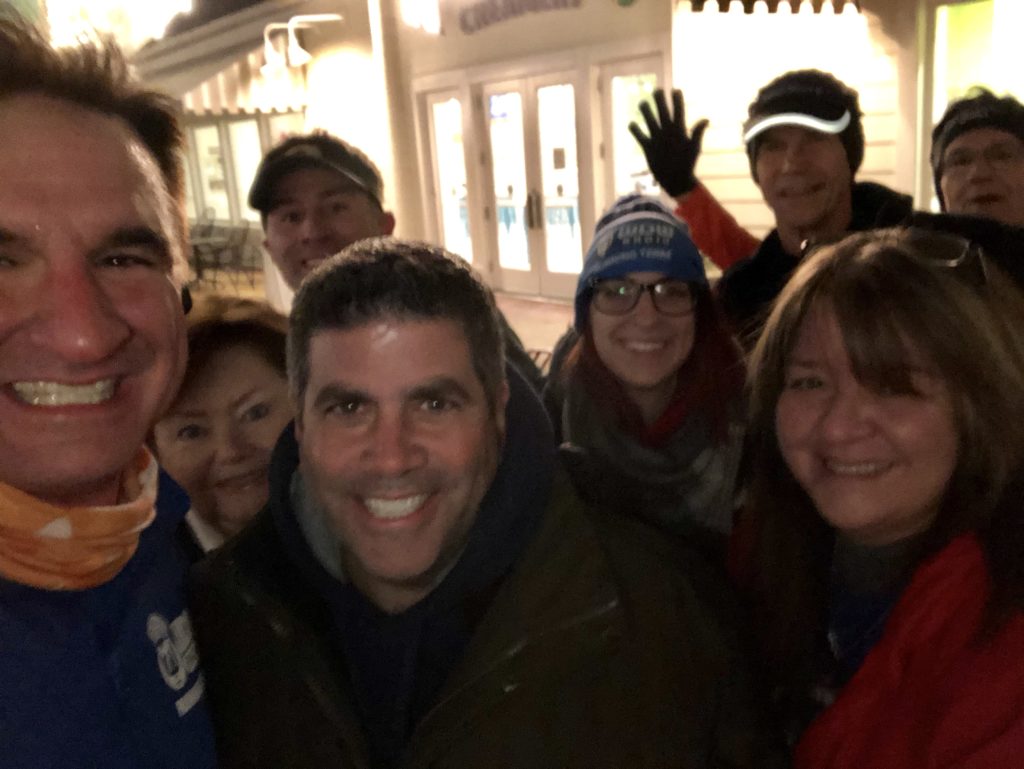 After seeing the team, it’s a quick stroll around the boardwalk which is my favorite section. I love the scenery. I love the people out cheering. I even love the sound the runners make as they run across the boardwalk. It’s basically perfect. 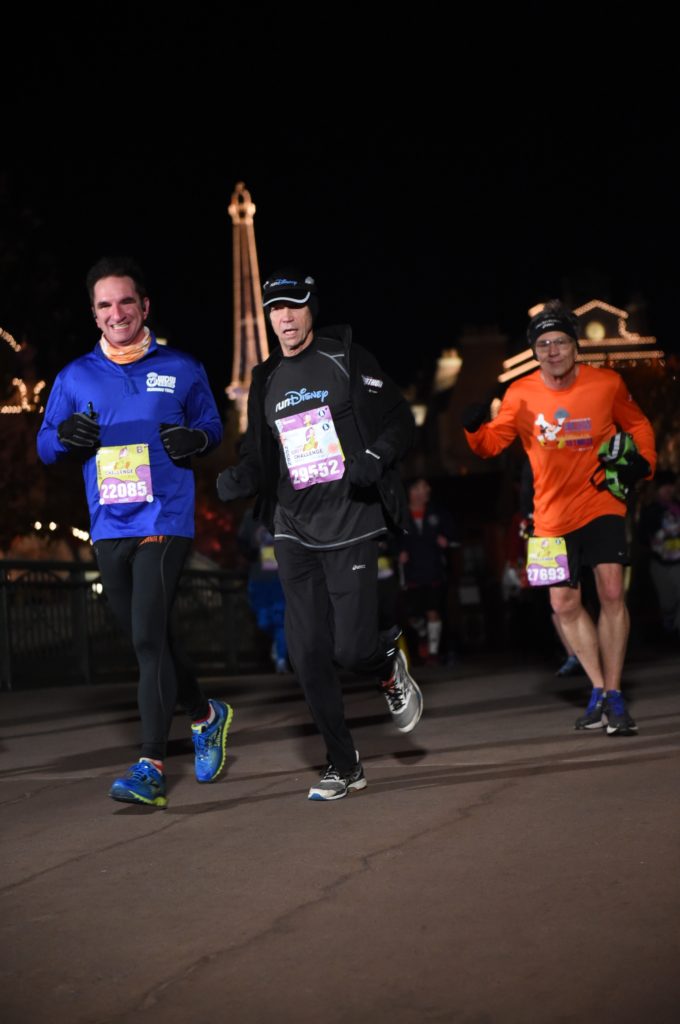 Before you know, it’s the finish line! 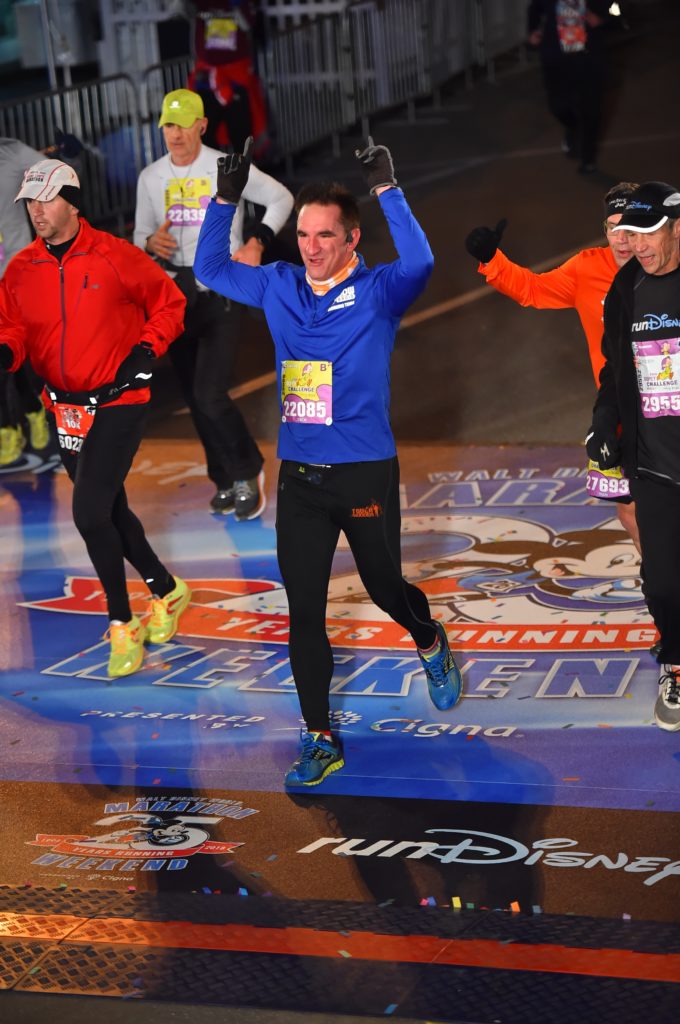 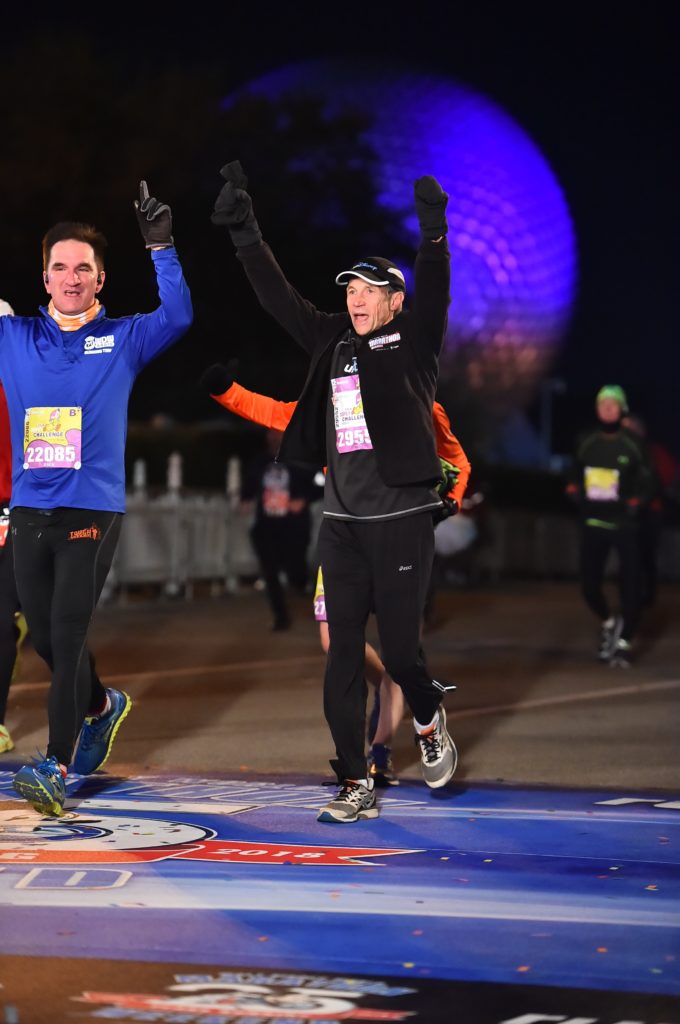 I love that guy.

I find my family after the race and see that Ben is over the very cold temps and is sleeping in his mommy made cocoon. 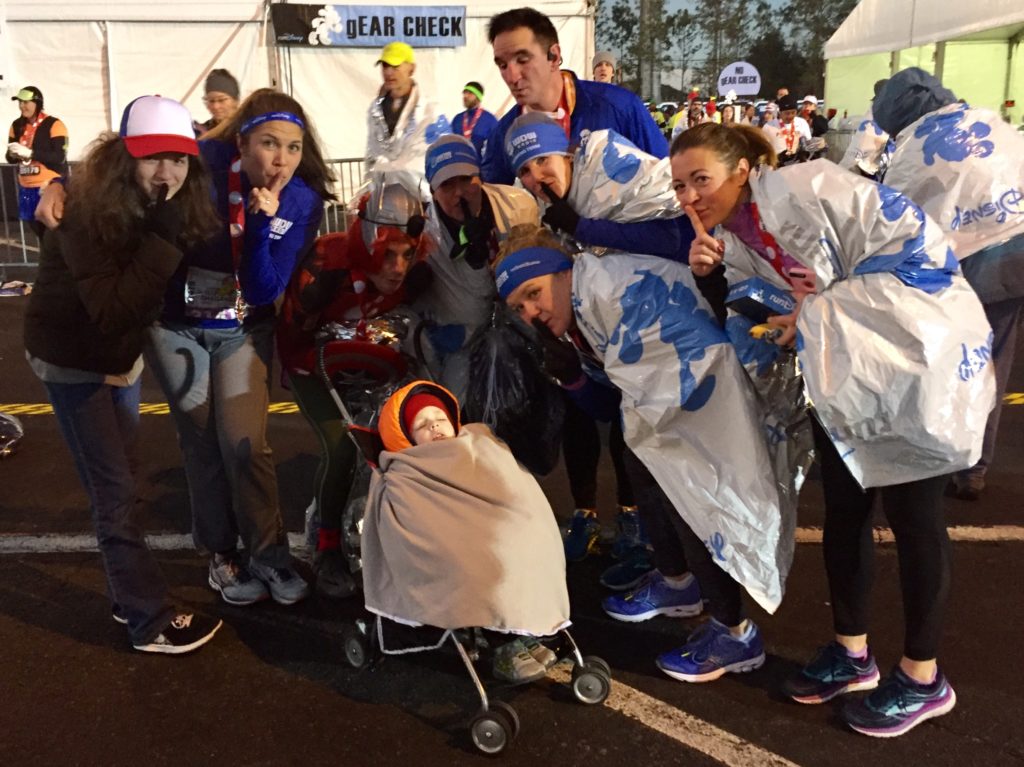 He would eventually wake up and have a blast at the kids races. 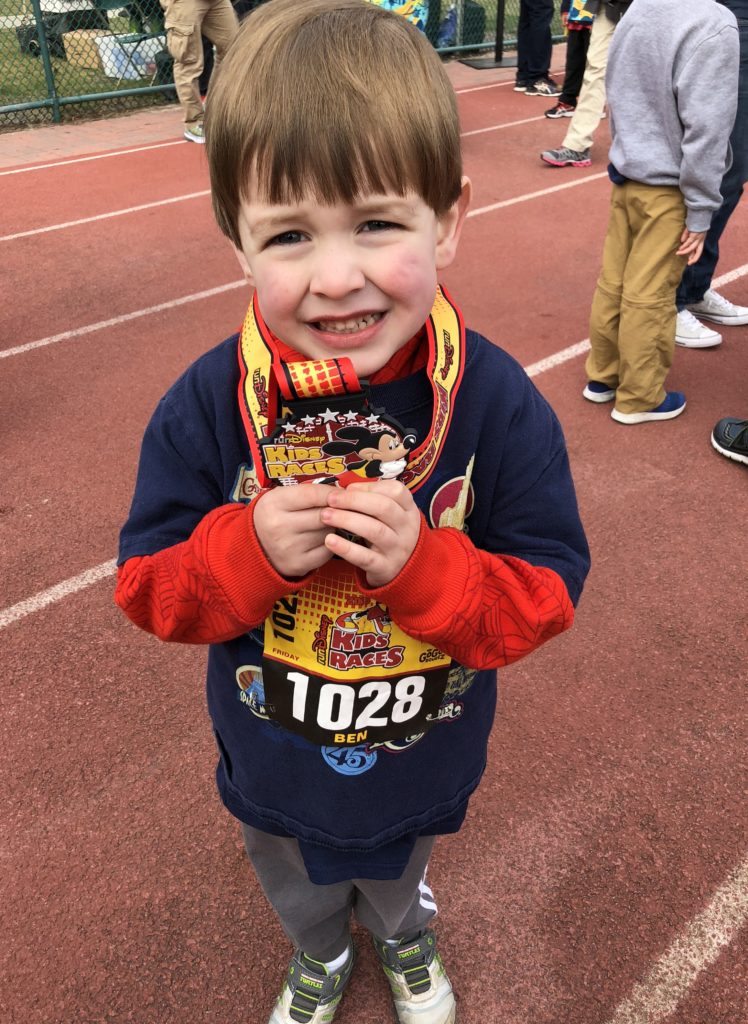 The Disney Half Marathon and Marathon!