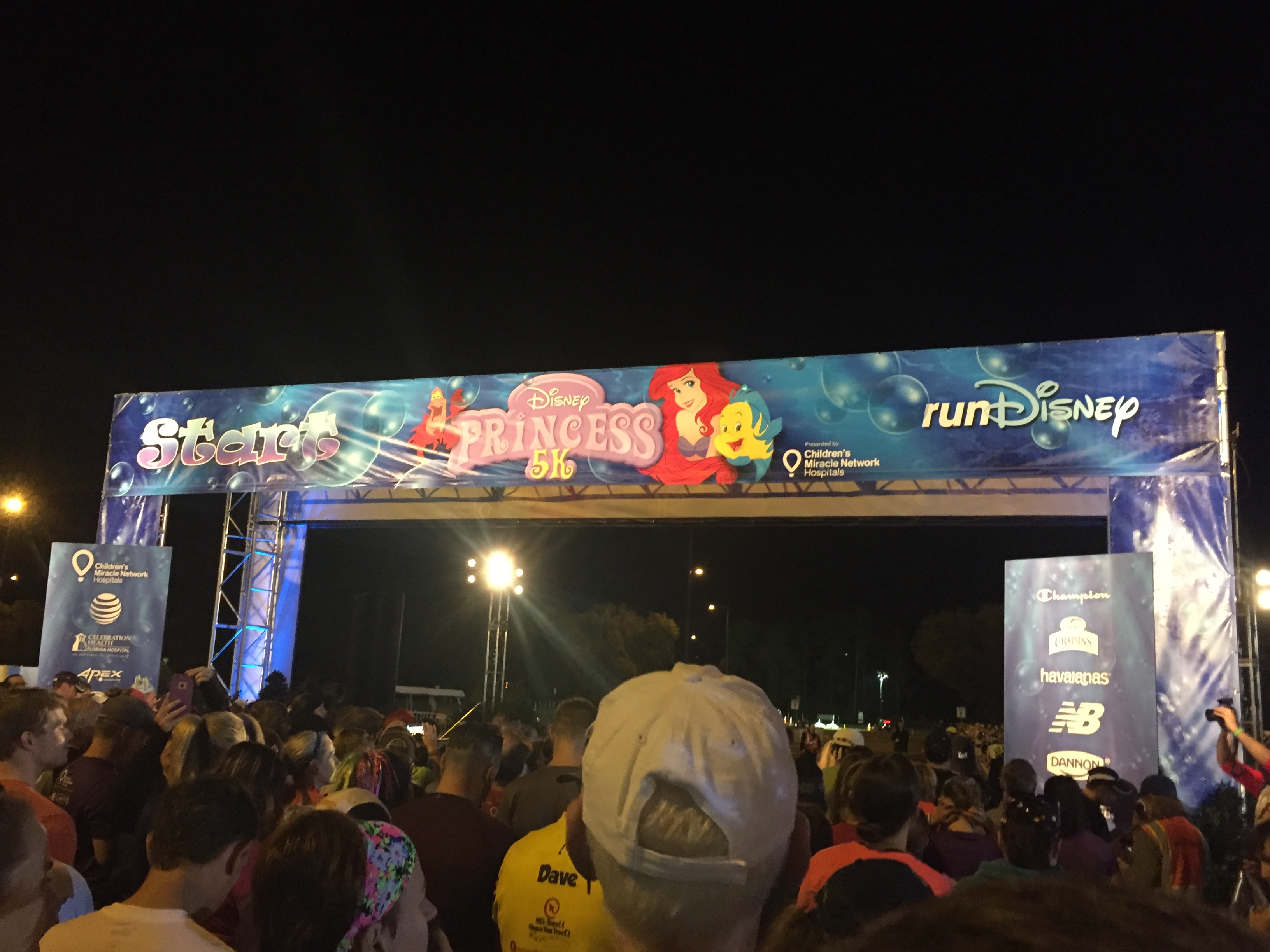 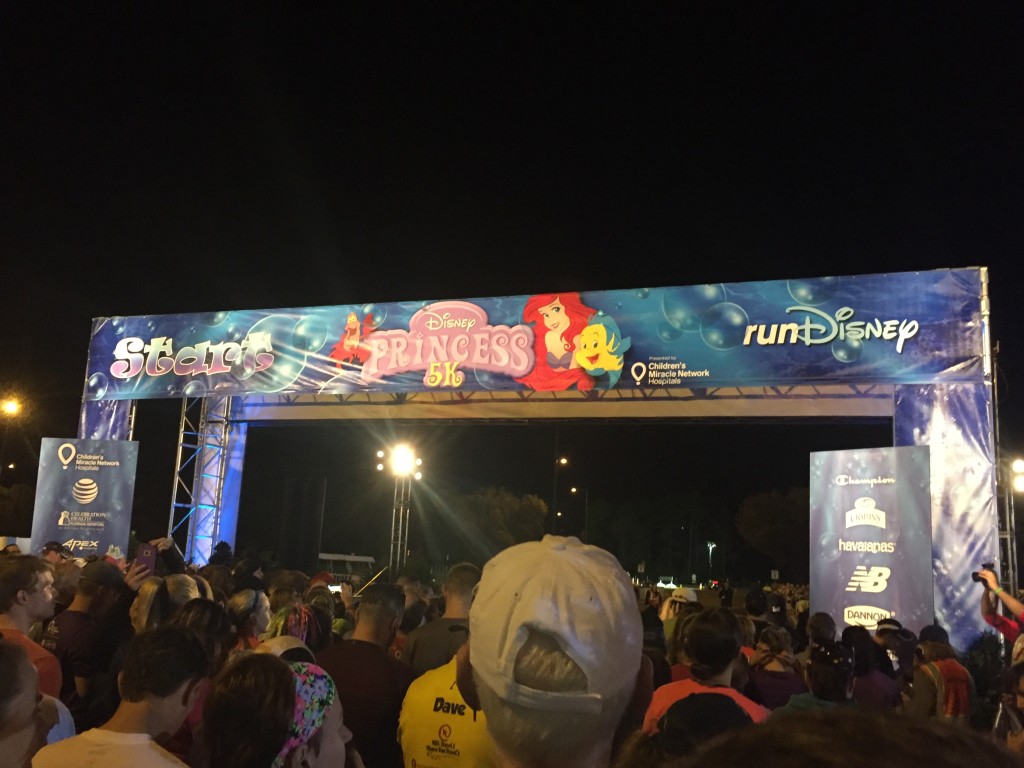 Well here we were back already. It seemed like we were just here for the WDW marathon weekend. I was also coming off a recent setback that forced me to miss the Star Wars races in California.  I knew this race would be different, and boy was I right.

The difference was almost immediate from the other Disney races I’ve done. I usually go to the expo early, pick up a few items and hang out with friends before getting some work in that day. There was no quick getting in and out on this one.

We hit the expo itself first. We got there 15 minutes before opening and it was already a mad house in the merch area. I was just looking for a couple of magnets and a cup so it seemed like a lot to battle for a few small items.  We also ran in Jeff again. He talked to Beth about some of the benefits kids get from running and exercise. We really do enjoy the little bit of time we get to connect together at each race. 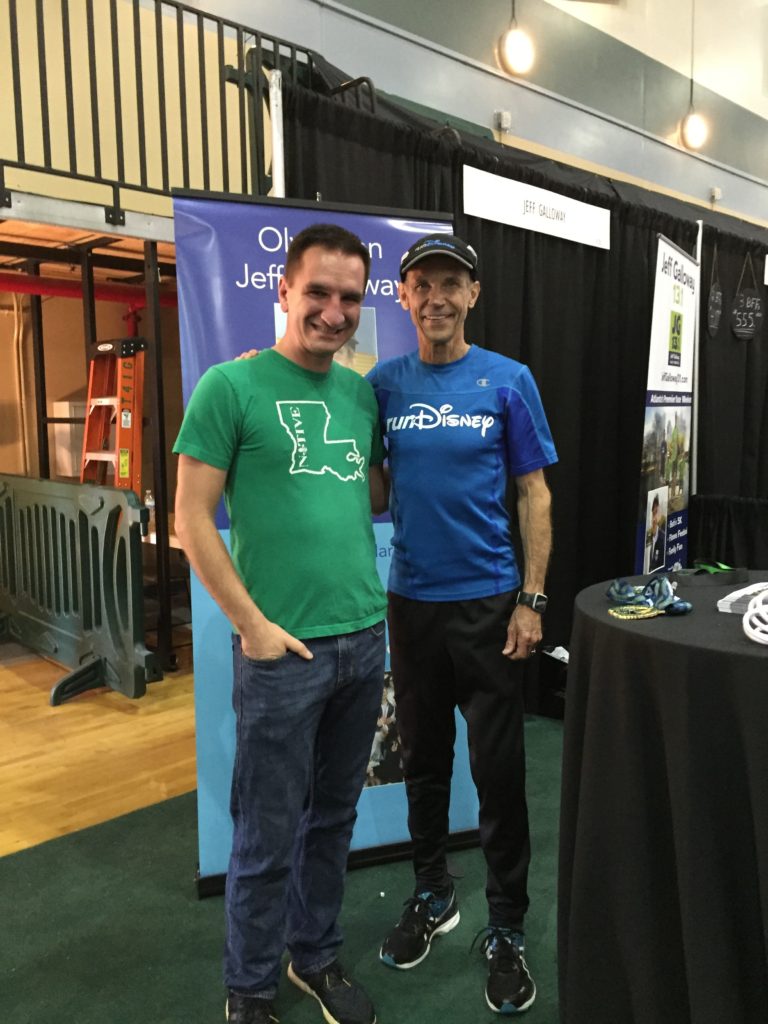 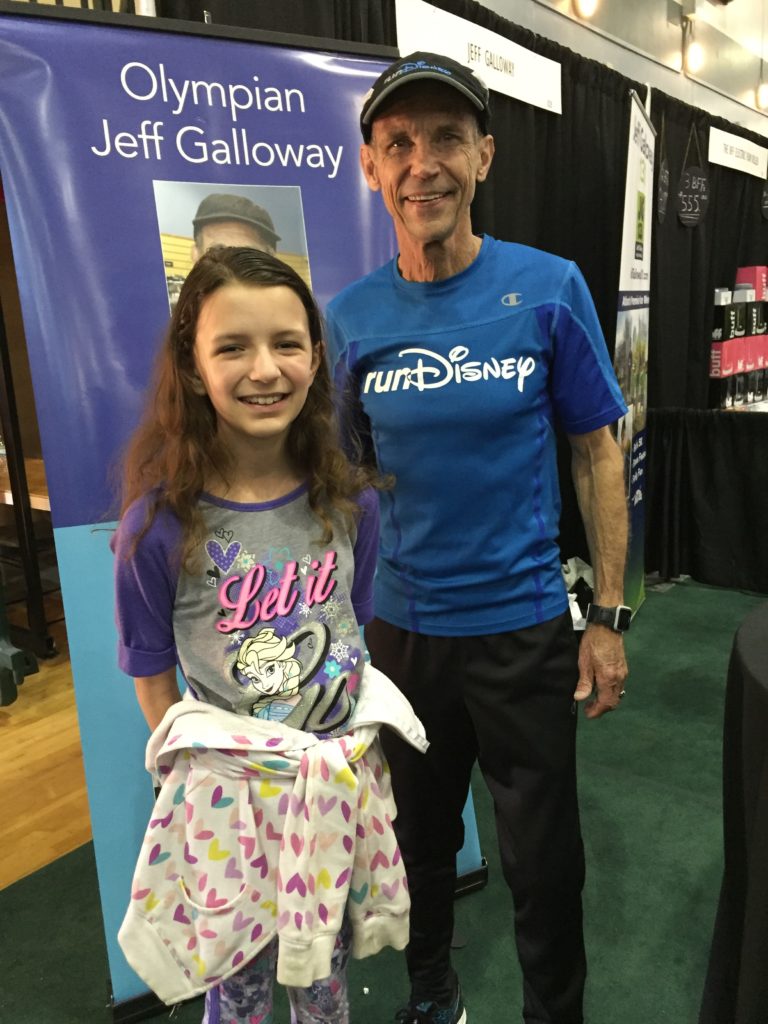 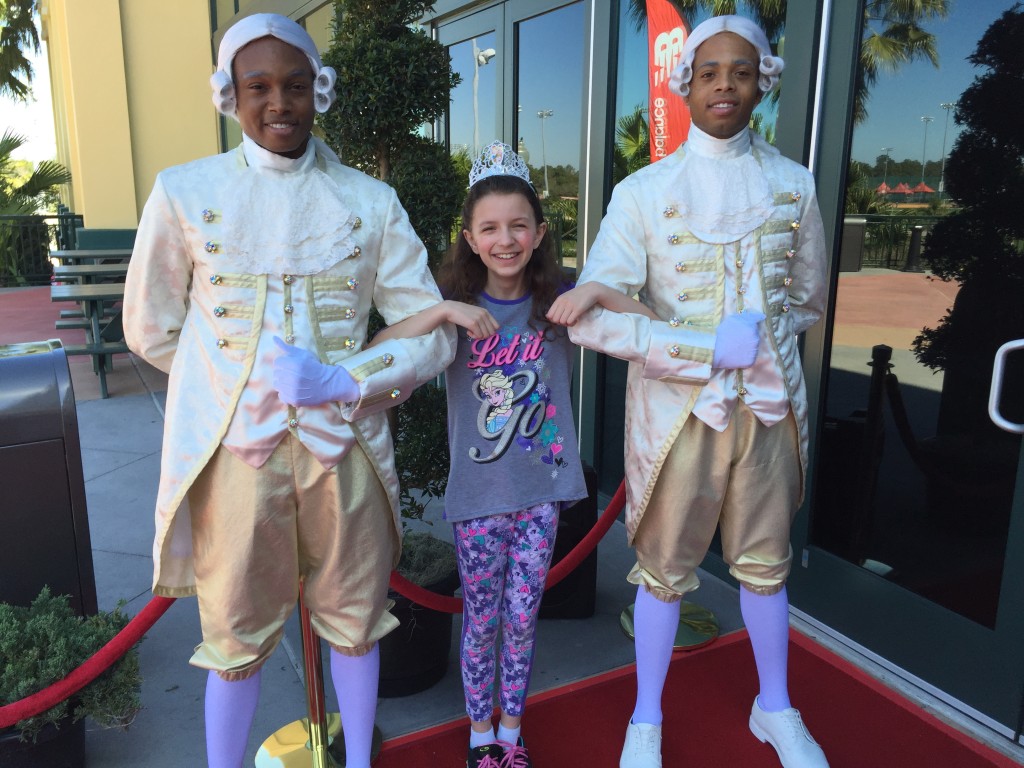 This was the first time we met characters at the expo. Cinderella’s Royal Coachmen

We got in line for bib pickup after getting our things from merch. The line went all the way out past the front entrance to the ESPN center. Luckily it moved quickly and it didn’t take too terribly long to get in the building. From there we had to get back in another long line to exchange shirts. All in all, it took about 2 1/2 hrs to get everything done. Marathon weekend took us about 1 1/2 hrs.

I did something that I didn’t think that I would likely do again, and that was dress up for a race. My daughter Beth was running with me and this was her first Disney 5K. She was excited and wanted to dress up as Frozen so Sharon got her a dress and made me a costume. 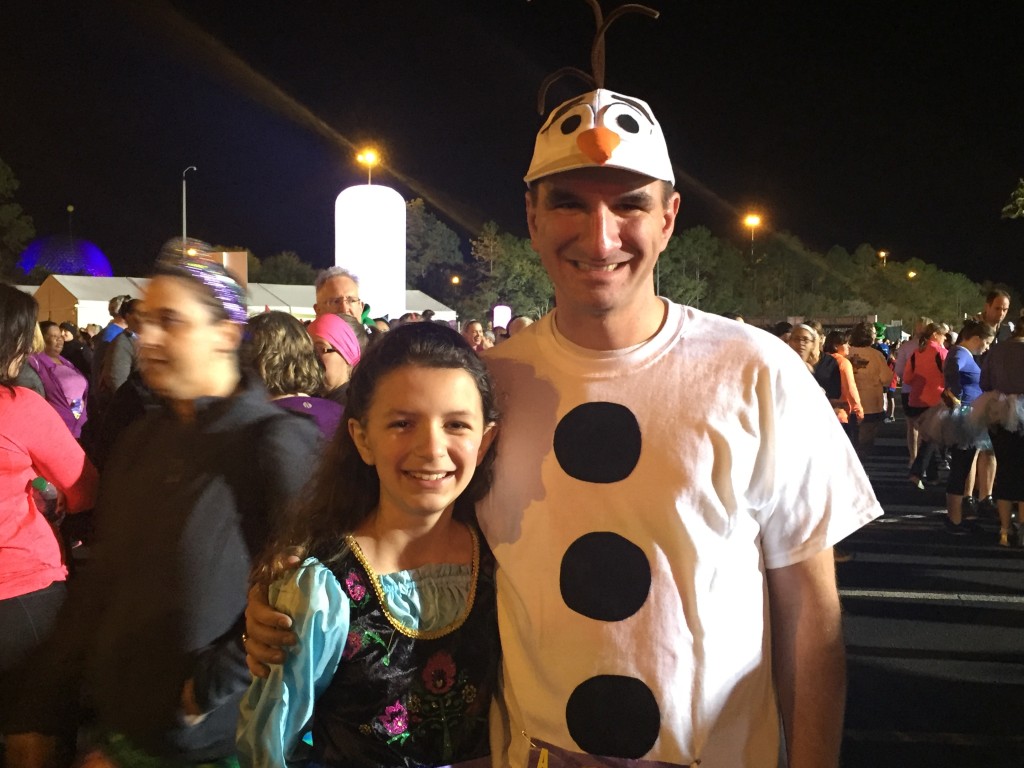 There was good weather (a first during my Disney race experience) so they had some characters out before the race. Ariel was the theme this year so she was out and the medals were all her colors for the weekend. 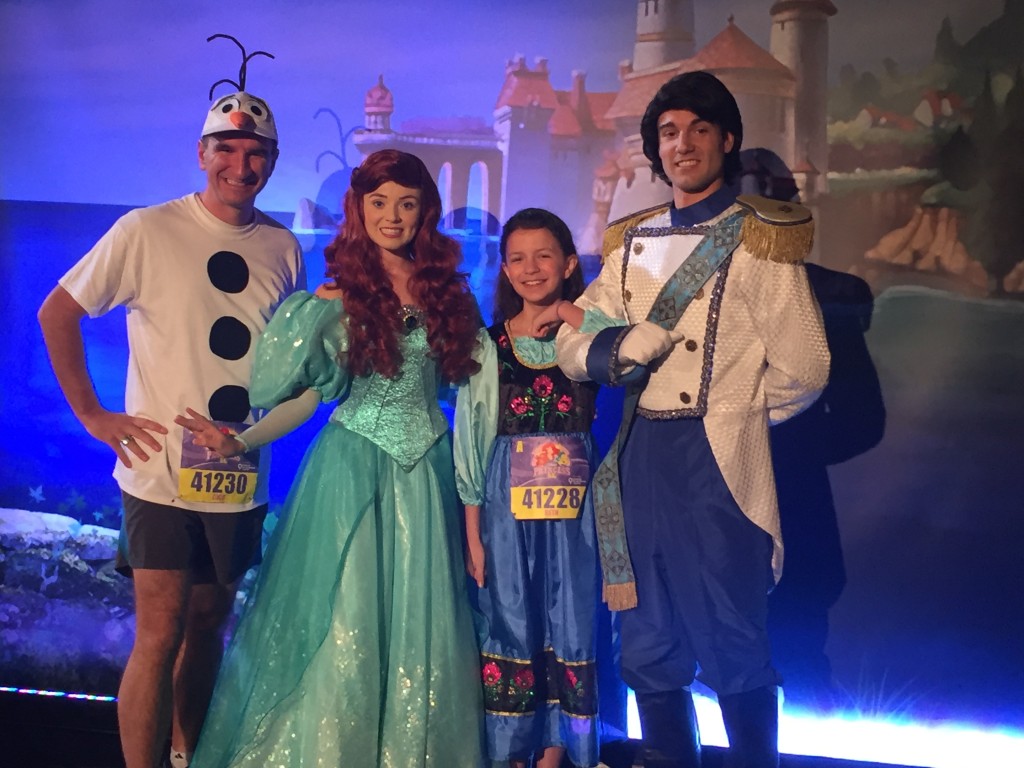 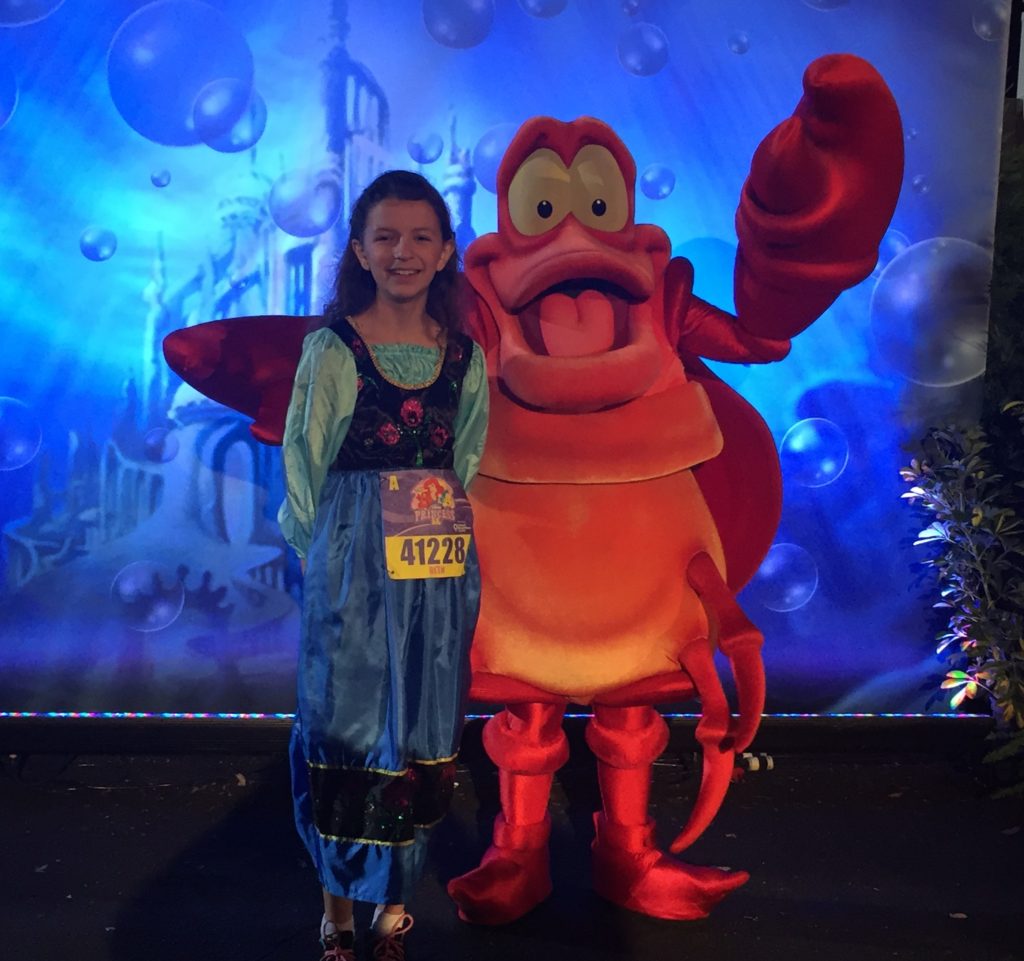 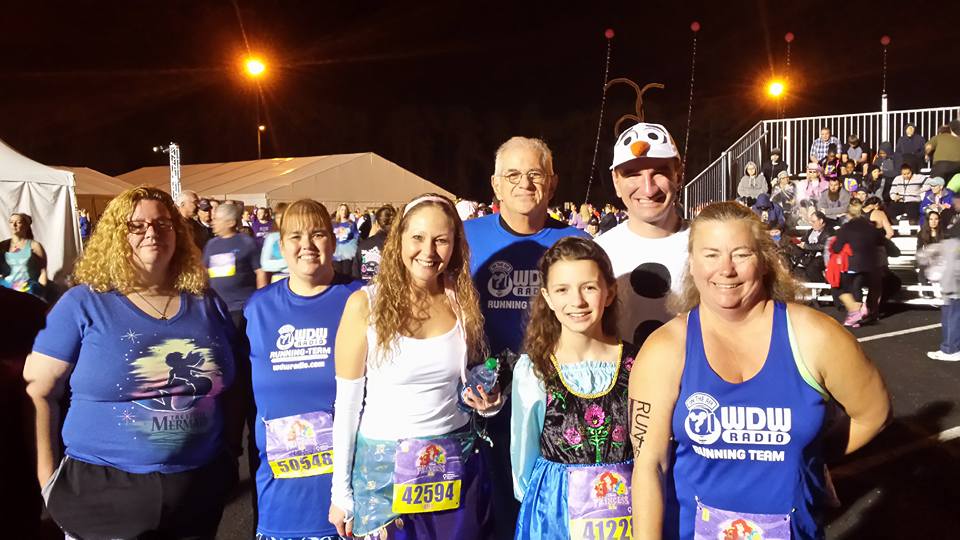 We were able to finally track down our running team (They actually found us) and we got a quick picture together. It was then off to the corral to get ready for the race. Beth was slightly nervous because she thought we were going to get run over by all the people behind us. She did great though and she stopped for all the characters except for a couple that we already had. 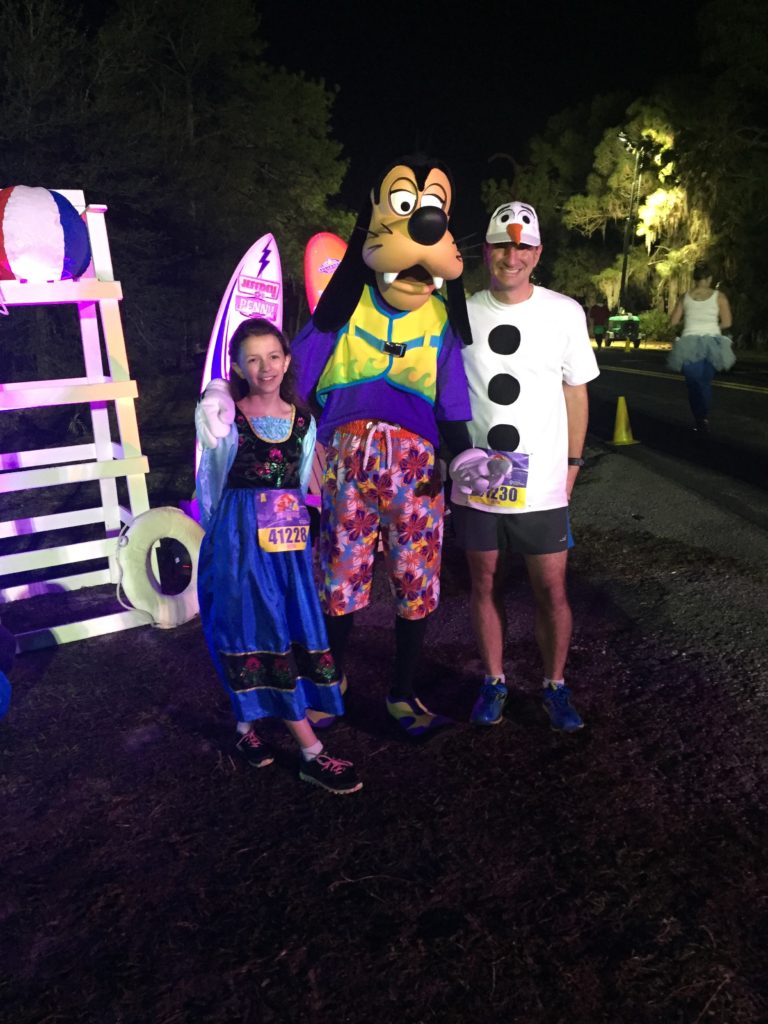 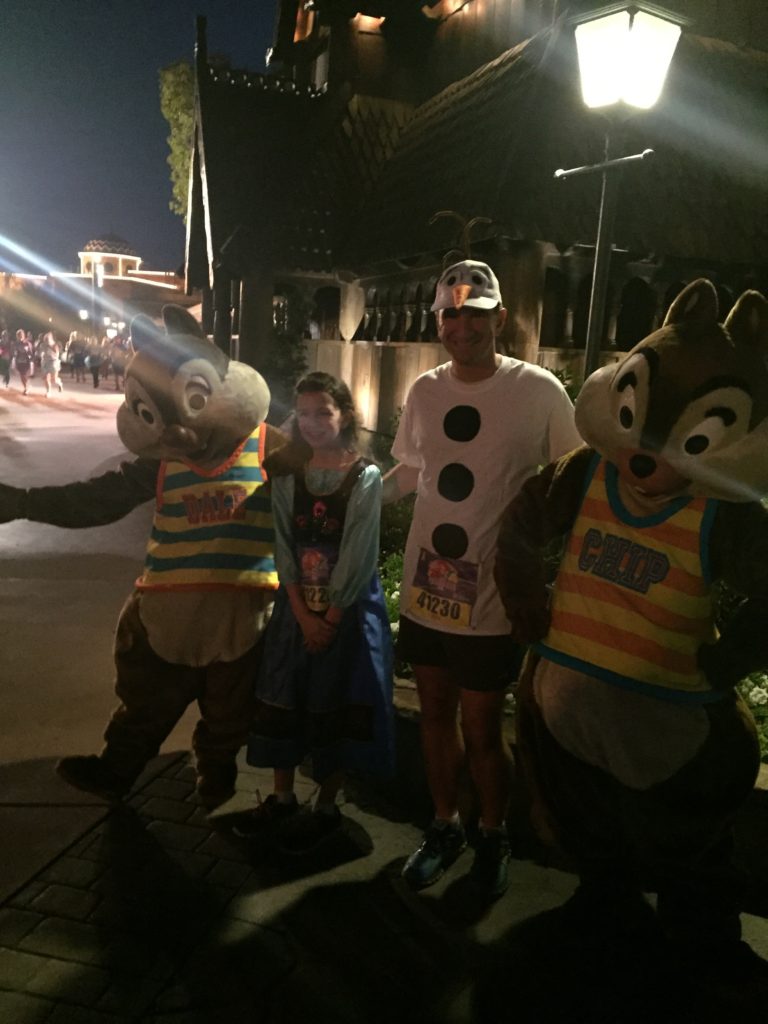 They themed the characters out in beach type attire to match the under the sea vibe I think. The mile run to get inside Epcot went well and wasn’t too crowded. After our second character stop, people were starting to catch up to us and the lines started to get longer and longer.

I realized that we were in for some frustrations once we hit the Donald/Daisy line. The line was already pretty long and they rotated just as we were coming up. I think the most I’ve waited in a line is about 8 minutes. (That’s a long time in a race for one stop) This one took us 16 minutes. In that 16 minutes, I stopped counting the number of selfies the girl in front of me was taking at 18. Snapchat, twitter, text, facebook. If I’m sleeping in my bed and I get a text at 6am of you dressed as Tinkerbell making a duck face, I’m probably not going to appreciate it. Perhaps one of the people she was sending pics to did.

Its during this torturous time in line that I realize that everyone is taking selfies! By the 7 dwarfs bush, in front of the light pole, in line, by the bathroom…. everywhere.

I was not prepared for this. 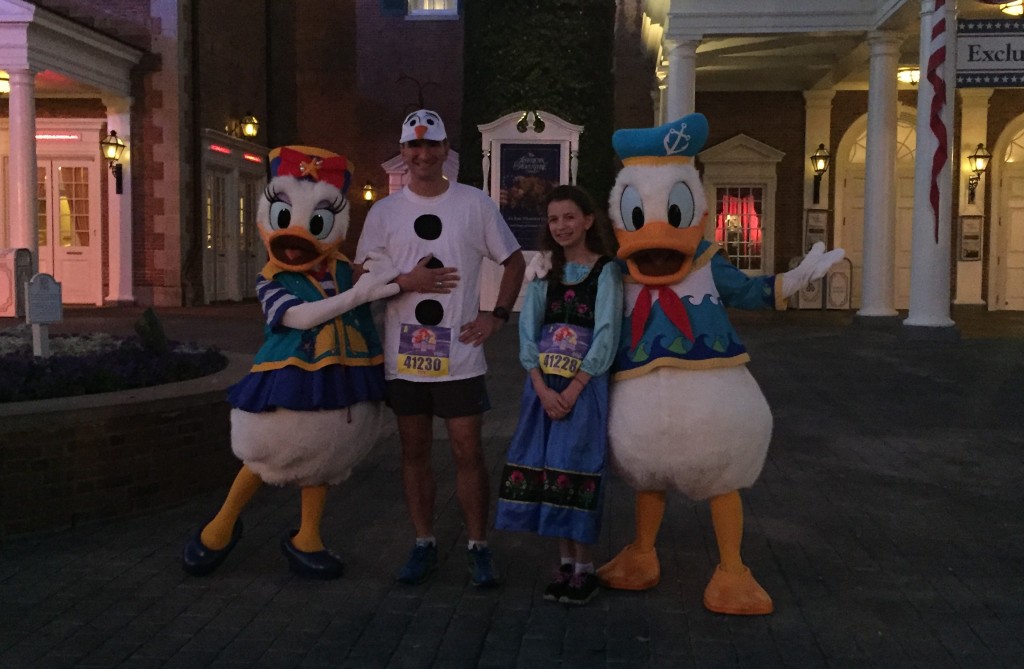 We skipped a few characters at this point that we already had. Heaven forbid that I get back in line with that Tinkerbell! The sun broke the horizon as we were finishing up the race. We stopped to see some really neat coral characters. 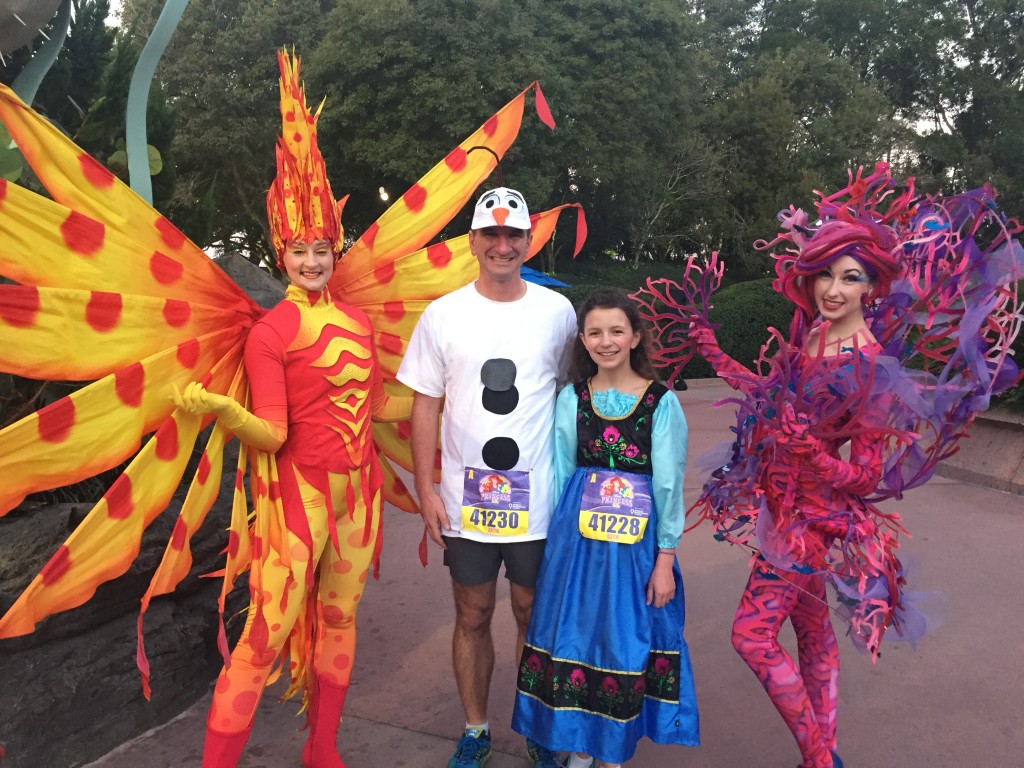 My costume is literally falling apart in this picture

We finished out the turn at the ball and crossed the finish line together for the first of hopefully many times. Beth had a great time and we made it back to the hotel before breakfast was over. 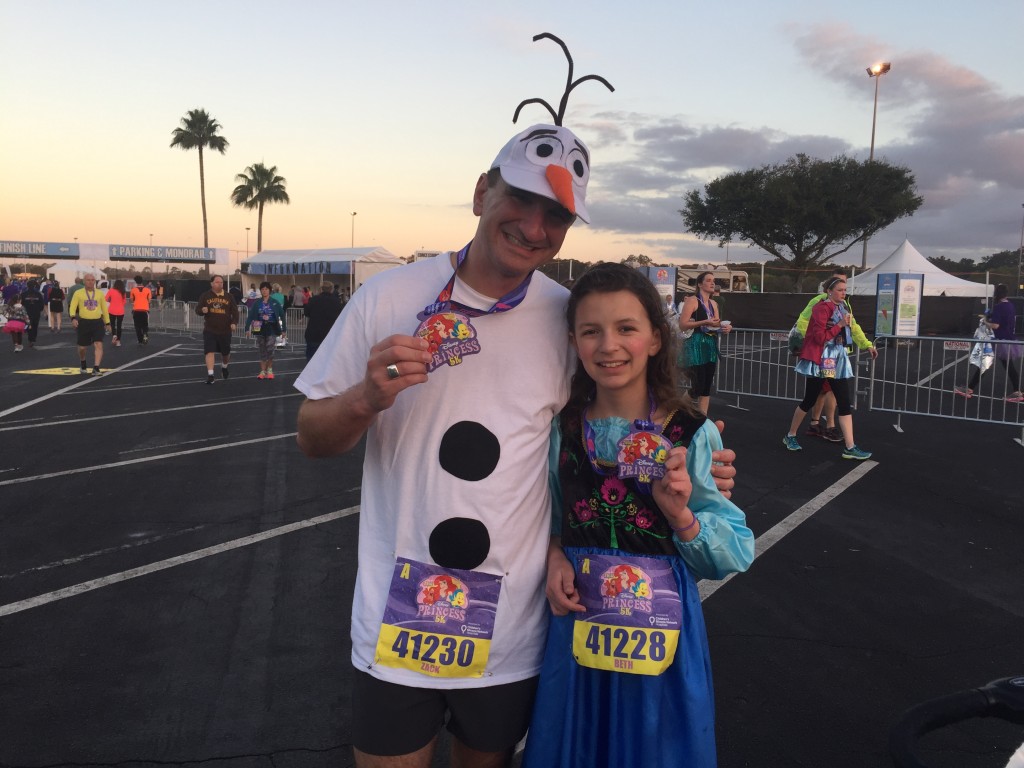