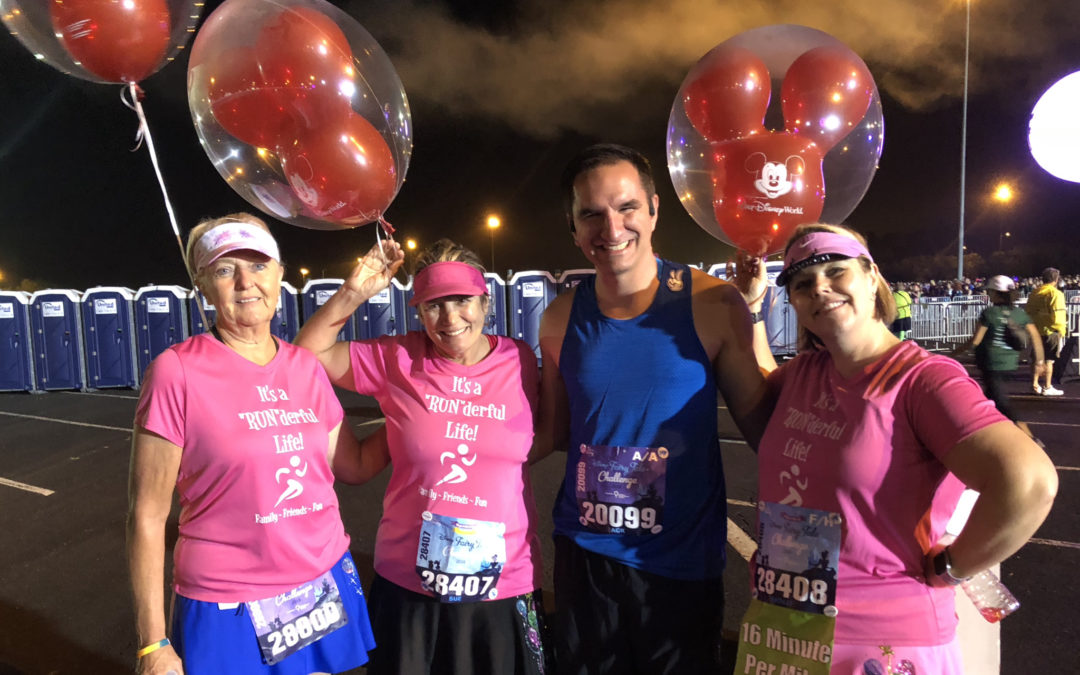 The expo has changed yet again, but I feel like this will be the last major change for awhile. I believe their goal all along has been to create an experience similar to Disneyland. With the addition of another stadium, they now have the room to make that happen. The Expo was in the newly built building. Gone are the lines out in the weather! They have enough space to hold all of the line, plus an expanded area for the RunDisney Merch. They also took the opportunity to update their fixtures and displays as well. 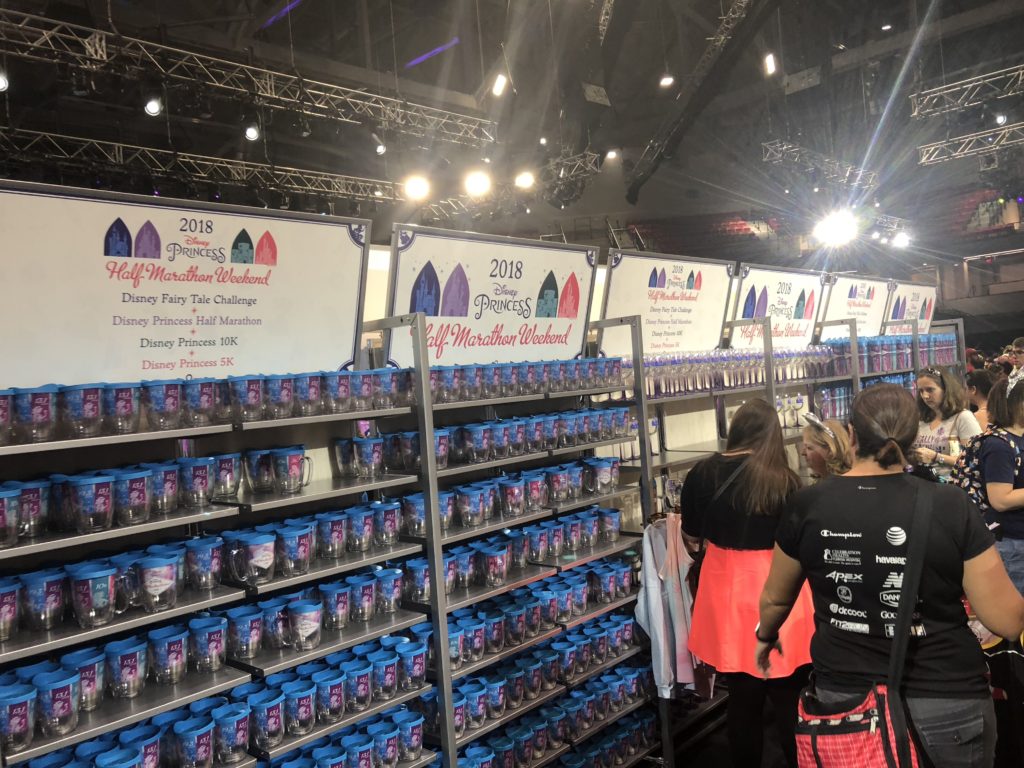 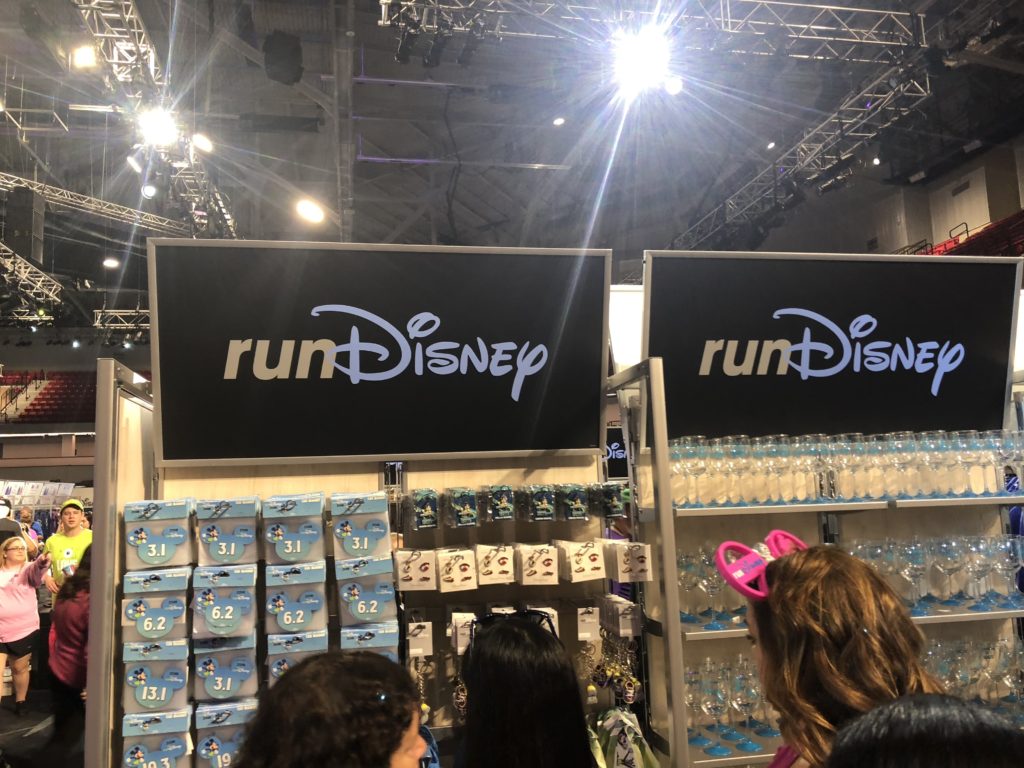 I actually cheered instead of running the 5k. Beth and Sharon went as Dwiddle Dee and Dwiddle Dum.  We had some great costumes on the team for the 5k.  Everyone had a great time! 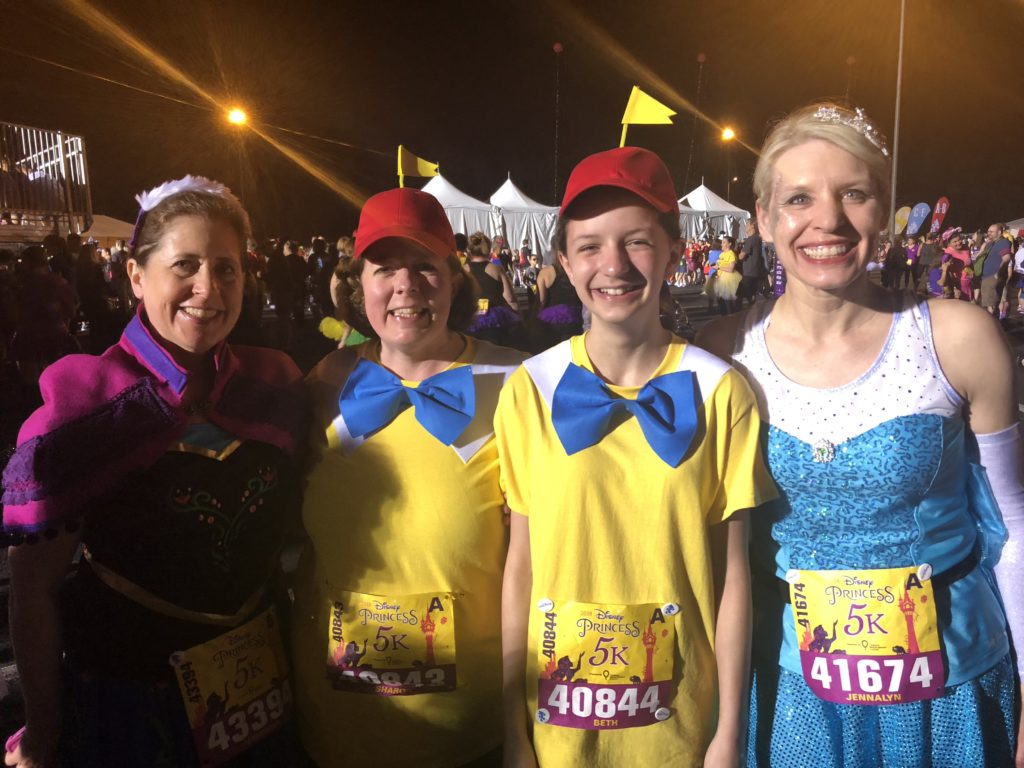 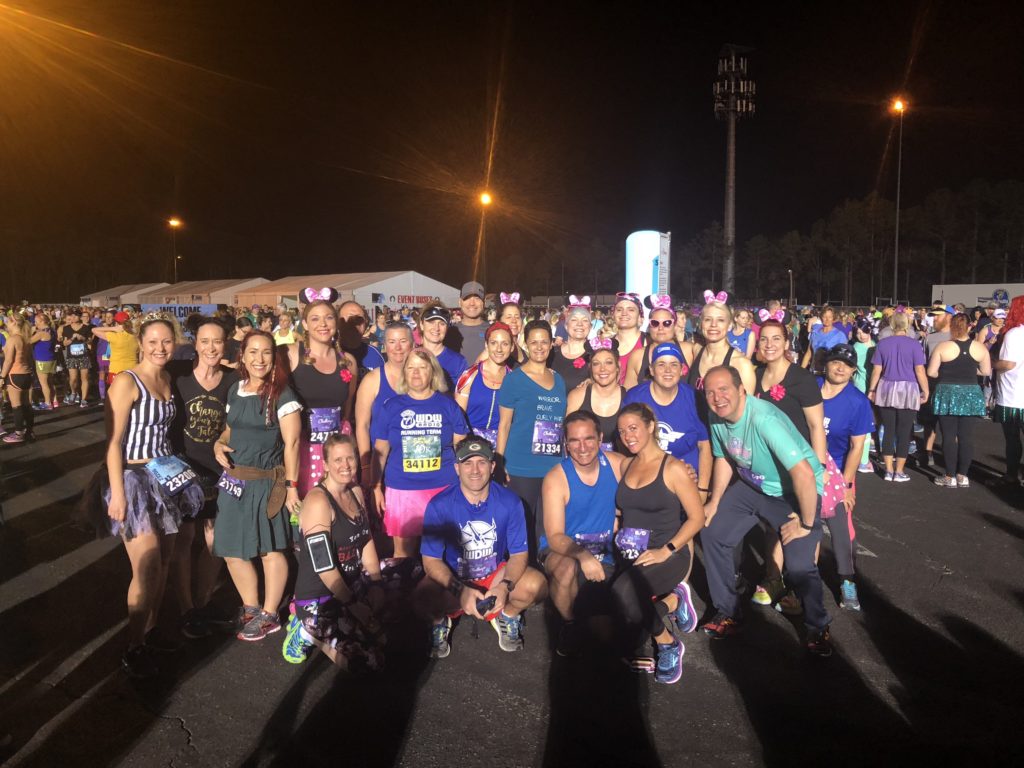 I decided to do the dead last start challenge again for this 10k. The running club in rundisneyrun was planning for a big group for the half, so I thought that I would be a good opening act for them.  I won’t get into to much detail on what it is, since I’ll do a separate post on what it is and what it isn’t later. The short of it; you start dead last and see how many you can pass by the end.

I did it at The STAR WARS 10K last year to show that you can have a great race no matter your starting position. The fun is where you make it, not what coral you start in. I did it this year for a few reasons.

I love the balloon ladies! It was fun to catch up with them and take pictures for them. 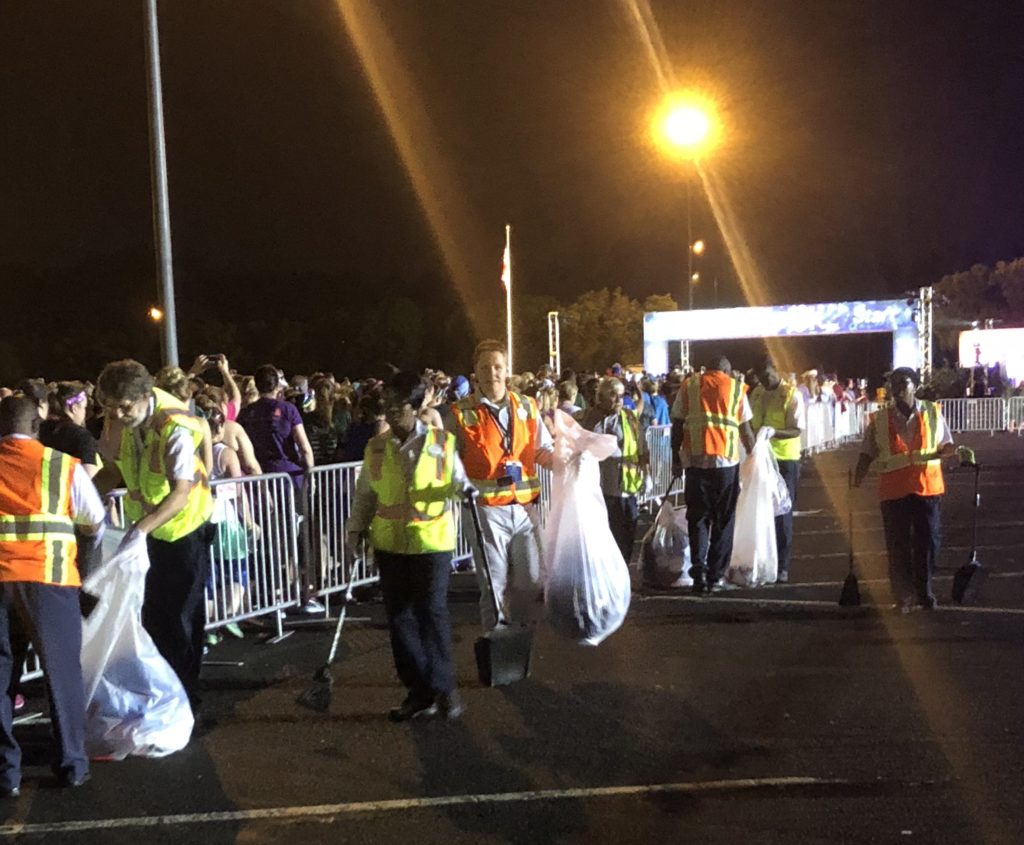 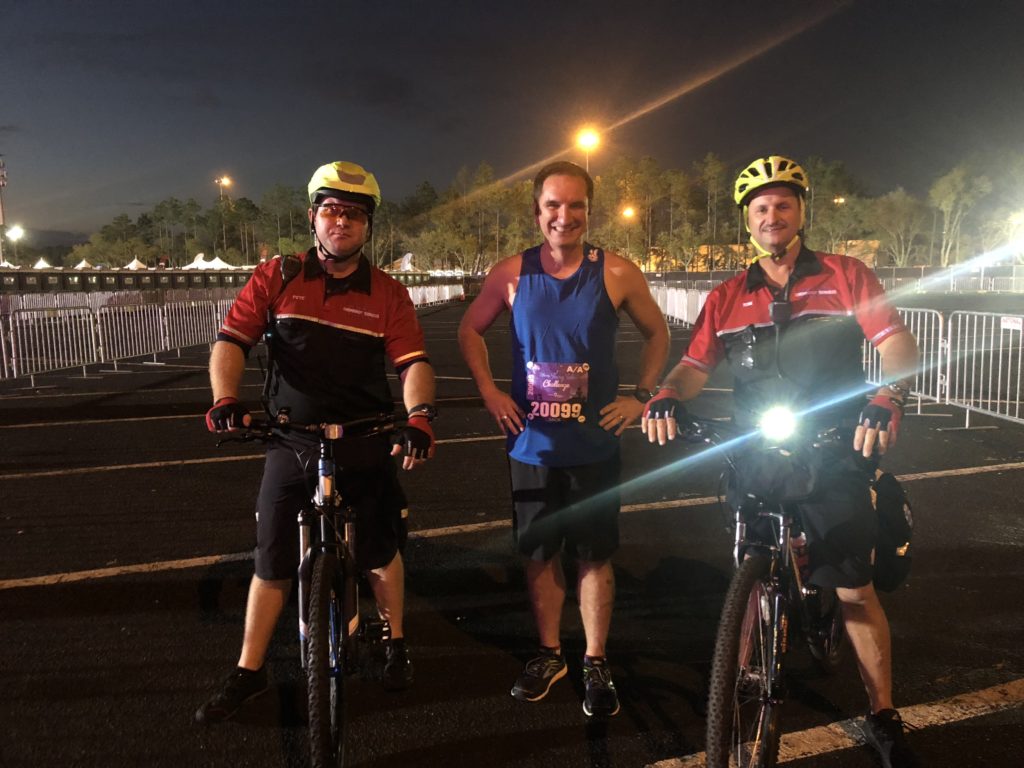 I’ll get into the etiquette and expectations on the DLS post, but here is the big one: If you ever do a dead last start, you never have the right of way. They are running their race and you are running yours. They should never have to yield space or move for you. You should encourage those along the course, not hinder their experience.

I was looking for a couple of people that day. I wanted to find my teammate who was looking for her first finish and I was looking to catch one Mr. David Thompson. I was so happy to find my teammate closing in on the 3-mile mark. I let her know how far she was ahead of the balloon ladies to give her a boost. It meant the world to me to be able to give her some encouragement. I also knew at that point that she was going to make it the farthest that she ever had. I wouldn’t have been able to give her that insight or encouragement if I didn’t start last.

Now that I knew that she was set to have a great race I moved on to my one target for the day. David is not slow and started all the way up in C, but I also knew he was out having a good time before and during the race. How hard is it to track down one person in a race of over 10,000? Not too hard when they are over 6ft tall and dressed as nerd Merida. 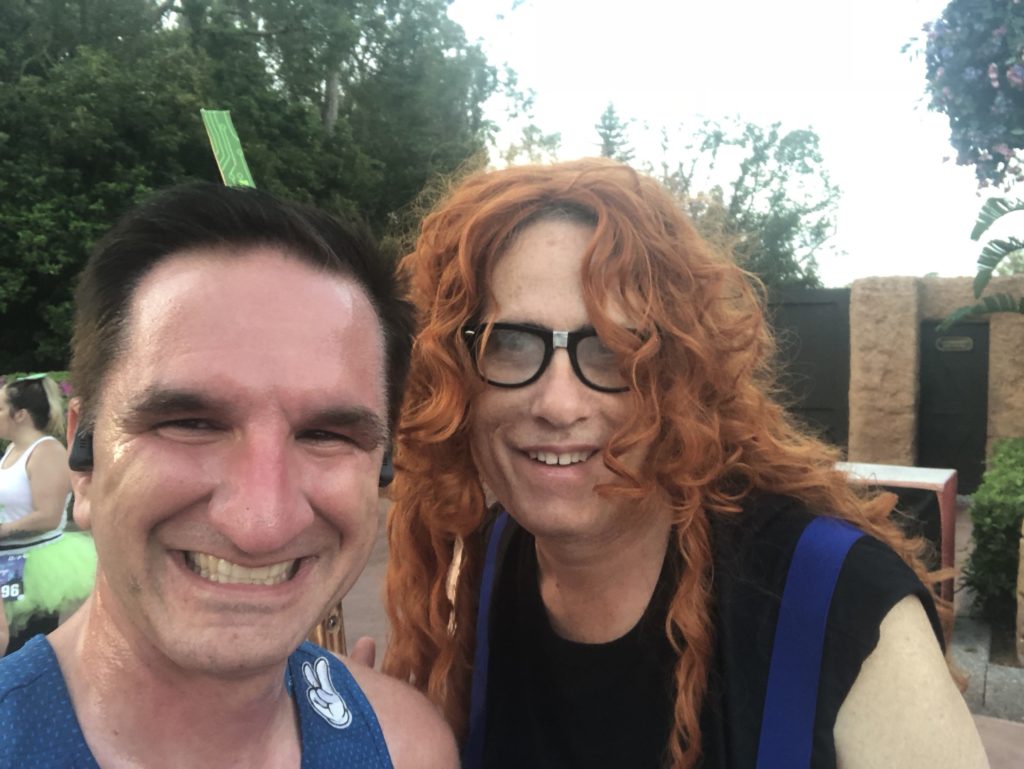 I also had to stop at my favorite pavilion.

This is probably my favorite picture, even when I look like a do-fuss. Our cheer team was on the boardwalk with our awesome group of matching 10k ladies.  I saw them and ran as hard as I could to make the picture. This is the reaction just as I jump in as she takes the shot. 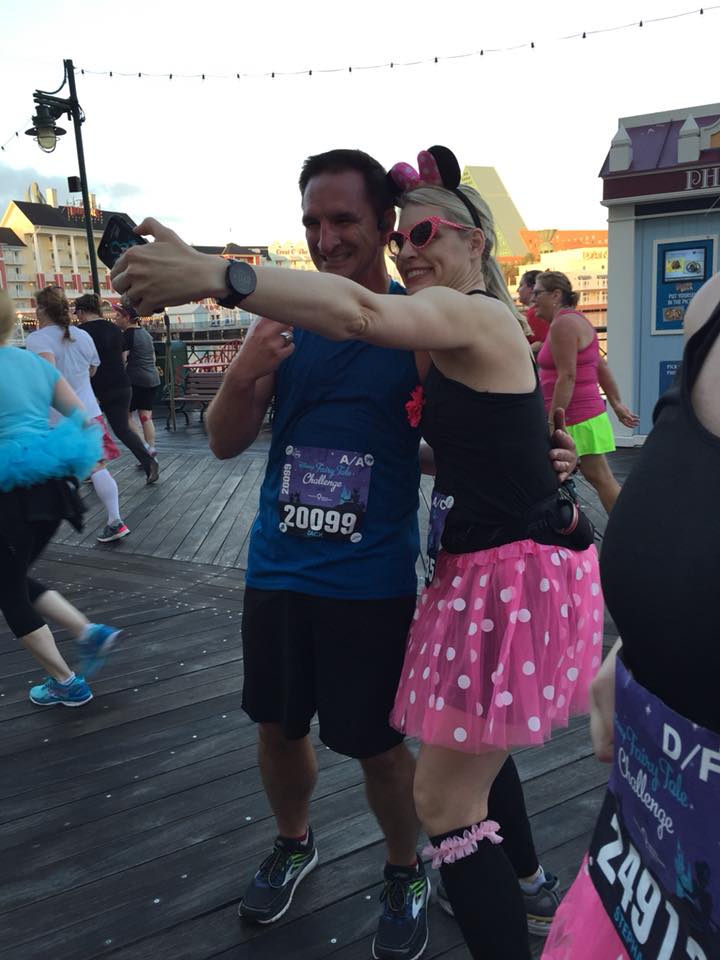 I love this gal. Jennalyn is one of the friendliest and kindest people Ive ever met.

I wasn’t trying to kill myself since I had a half marathon the next day and a ton of miles to go in the parks that day. 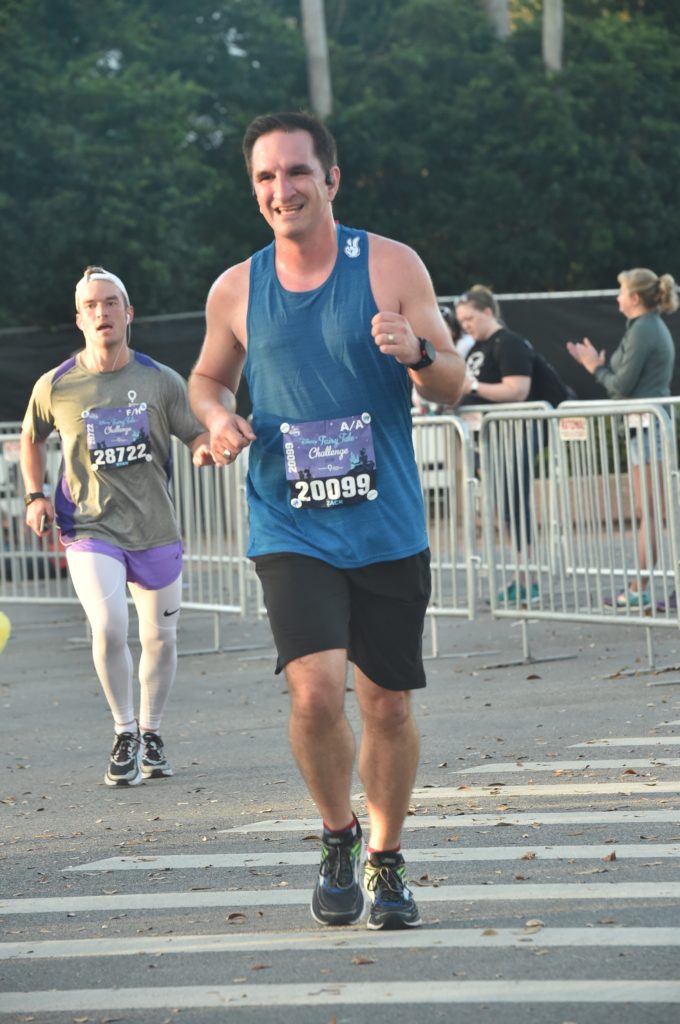 Oddly my only finish line pic. Its also a reminder that unless you are first, someone always finishes before you.

By the end, I ended up catching 62% of all the runners and passed 7597 people. I ran about 2 miles on grass so I wouldn’t get in other runners way. 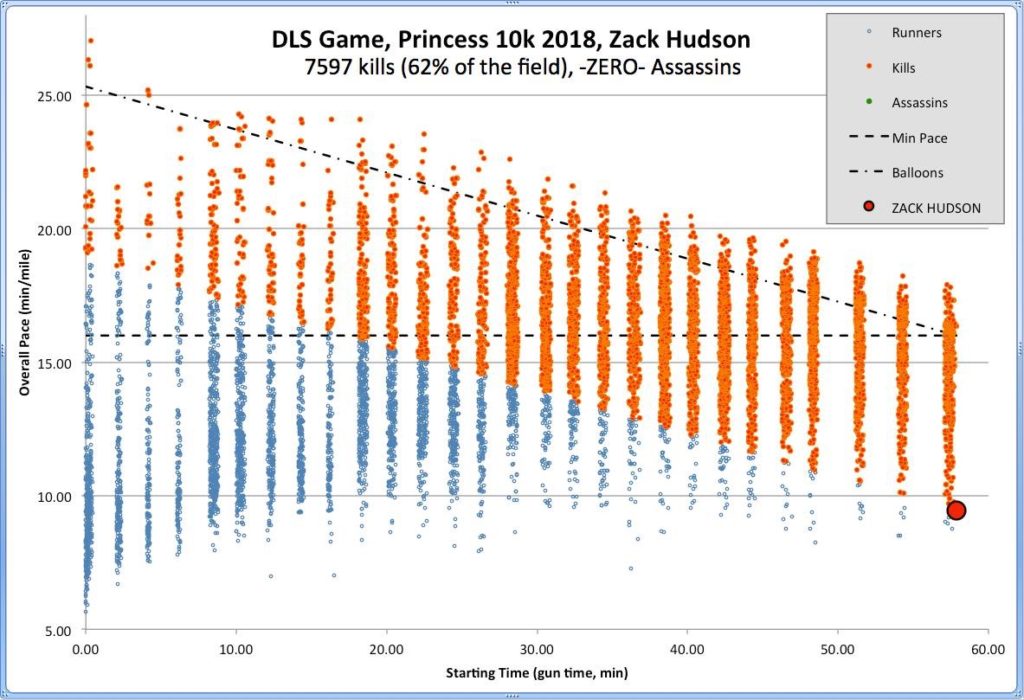 Dead Last Start is a fun variation for a race if you are looking for a different way to challenge yourself. Just remember to be kind and courteous to your fellow runners!

The Princess Half Marathon 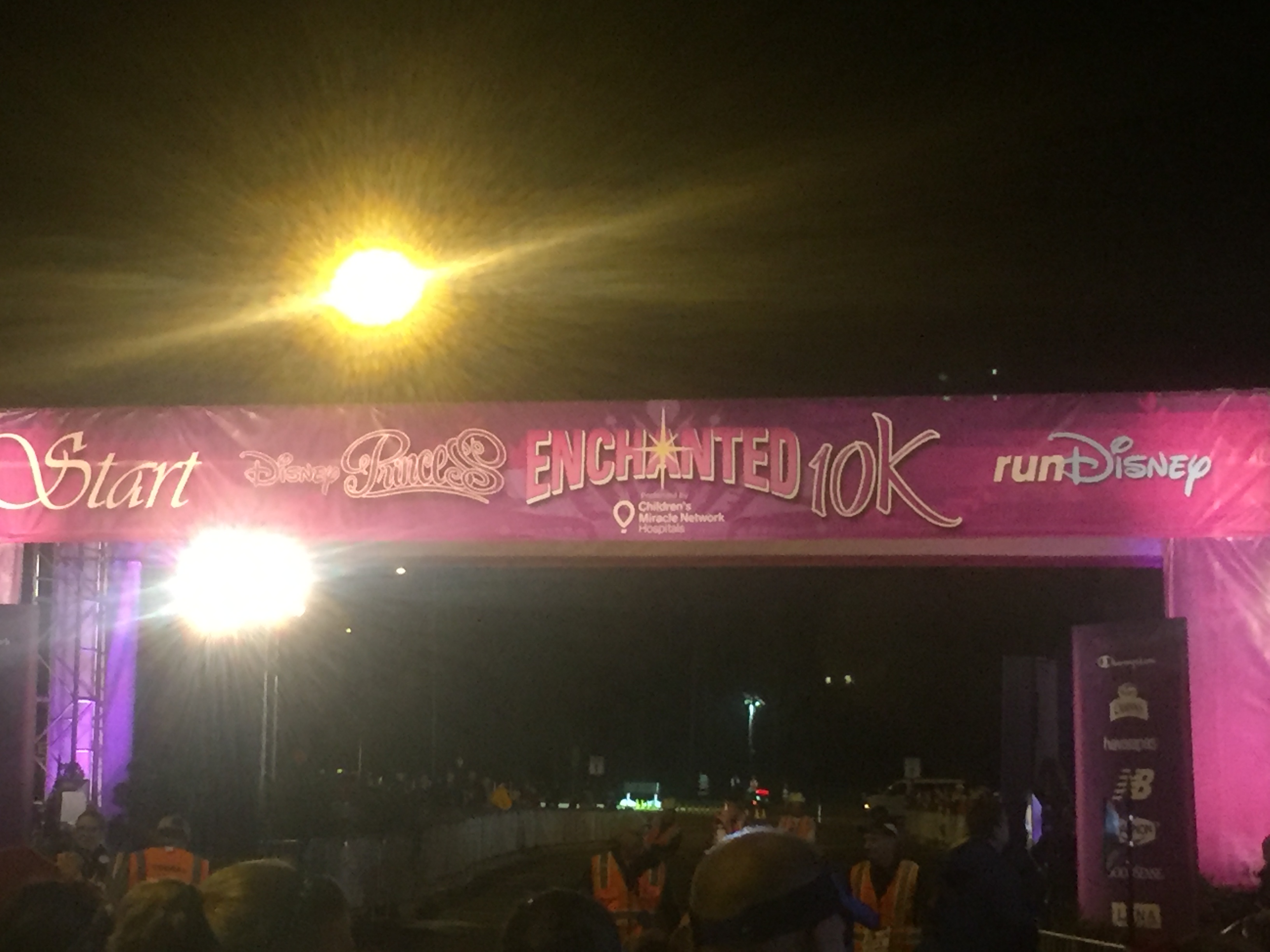 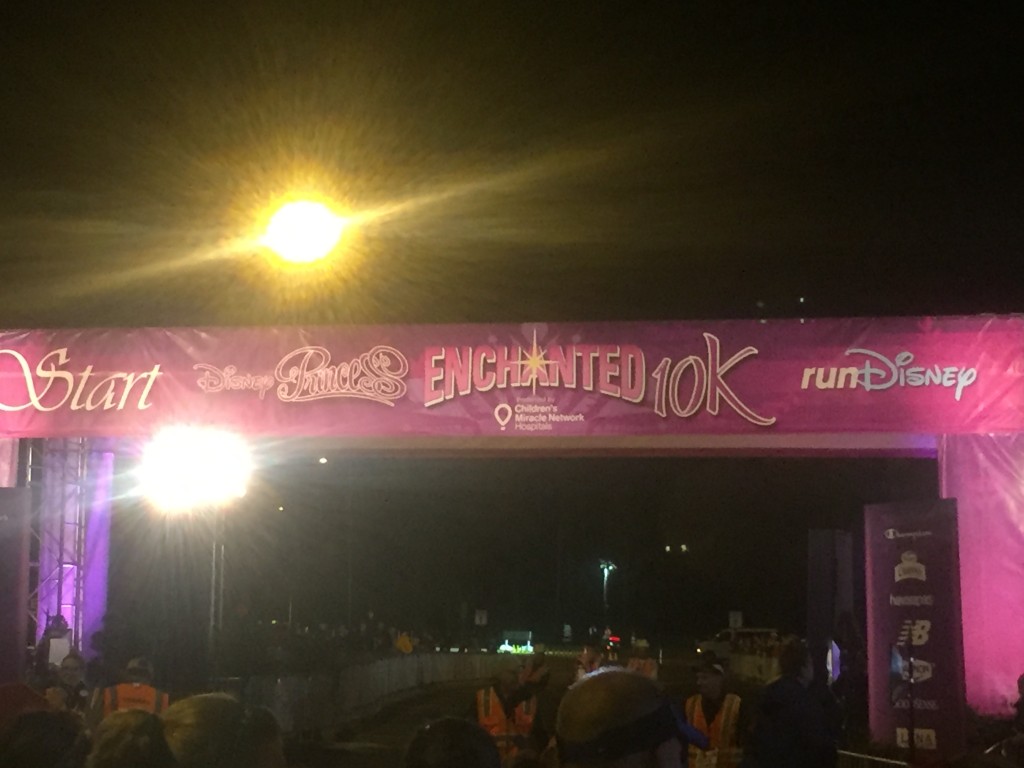 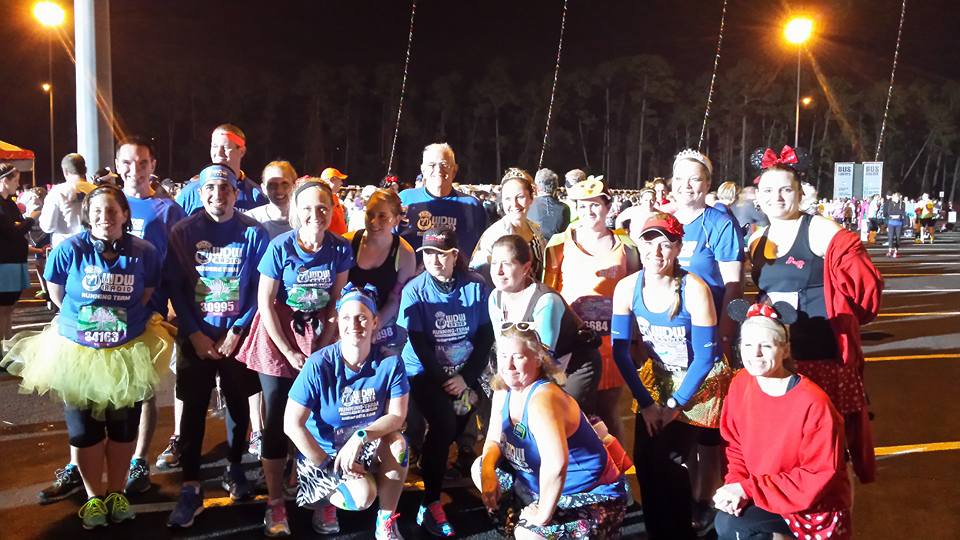 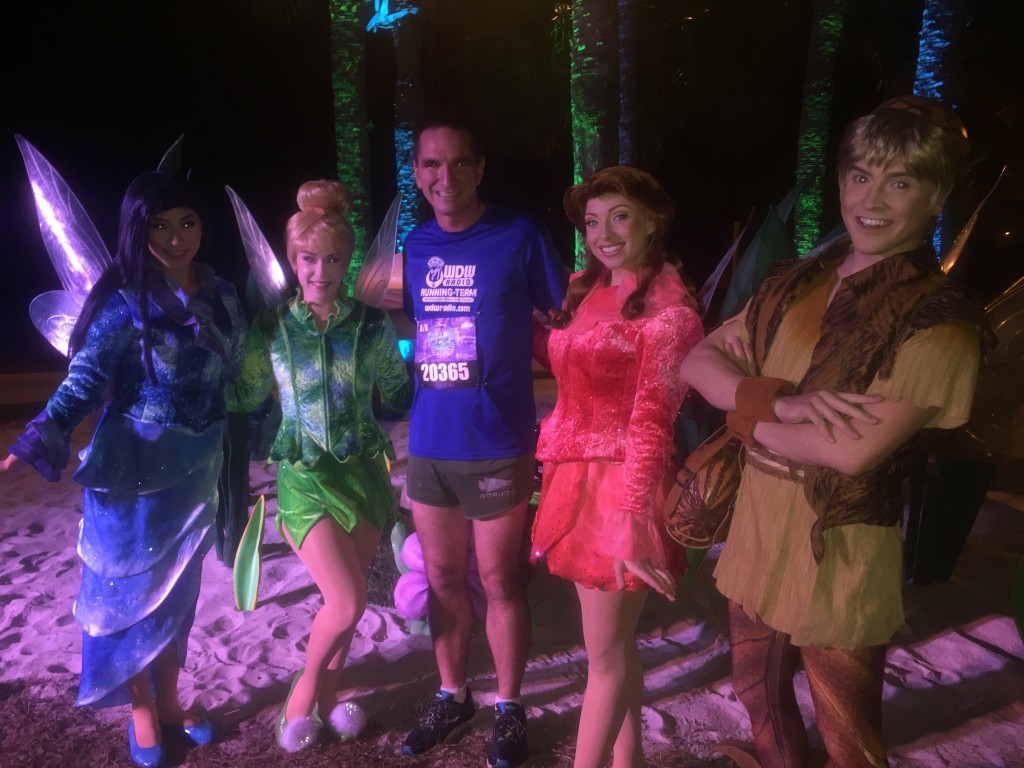 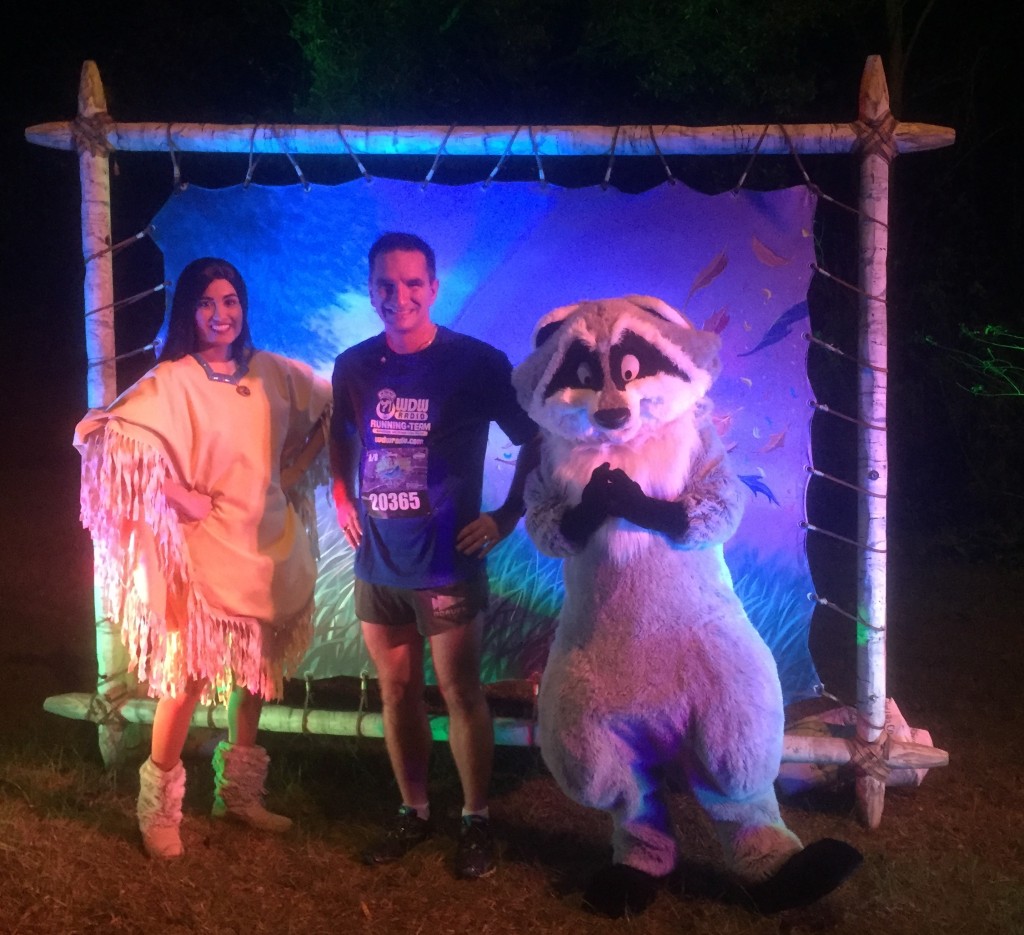 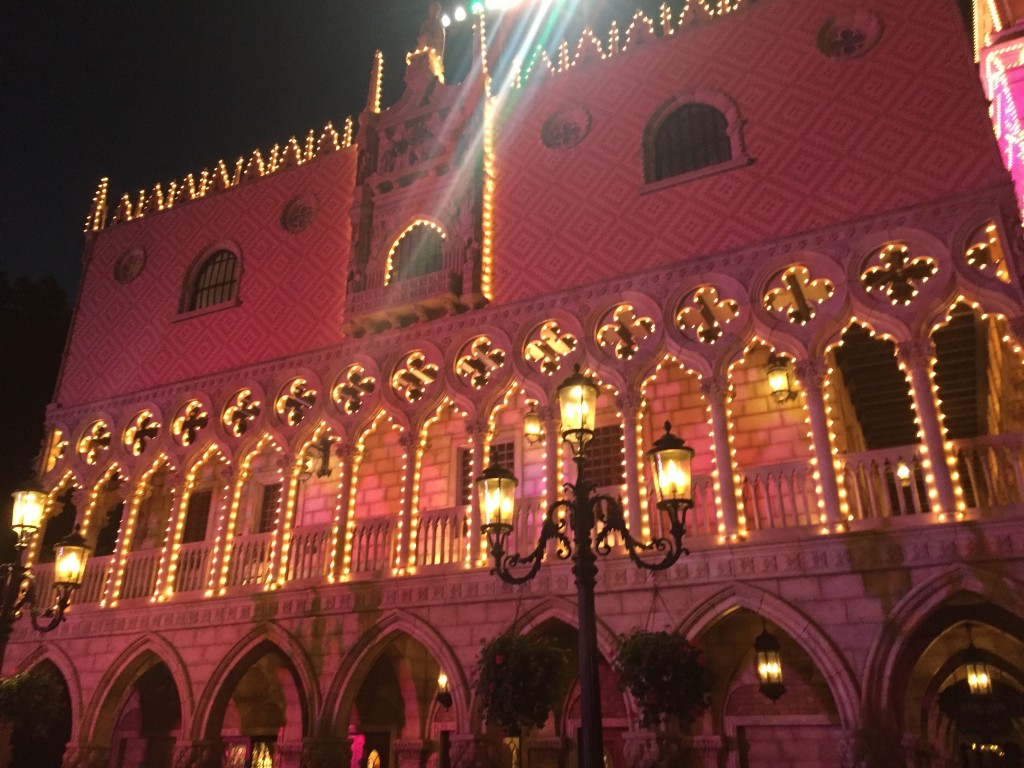 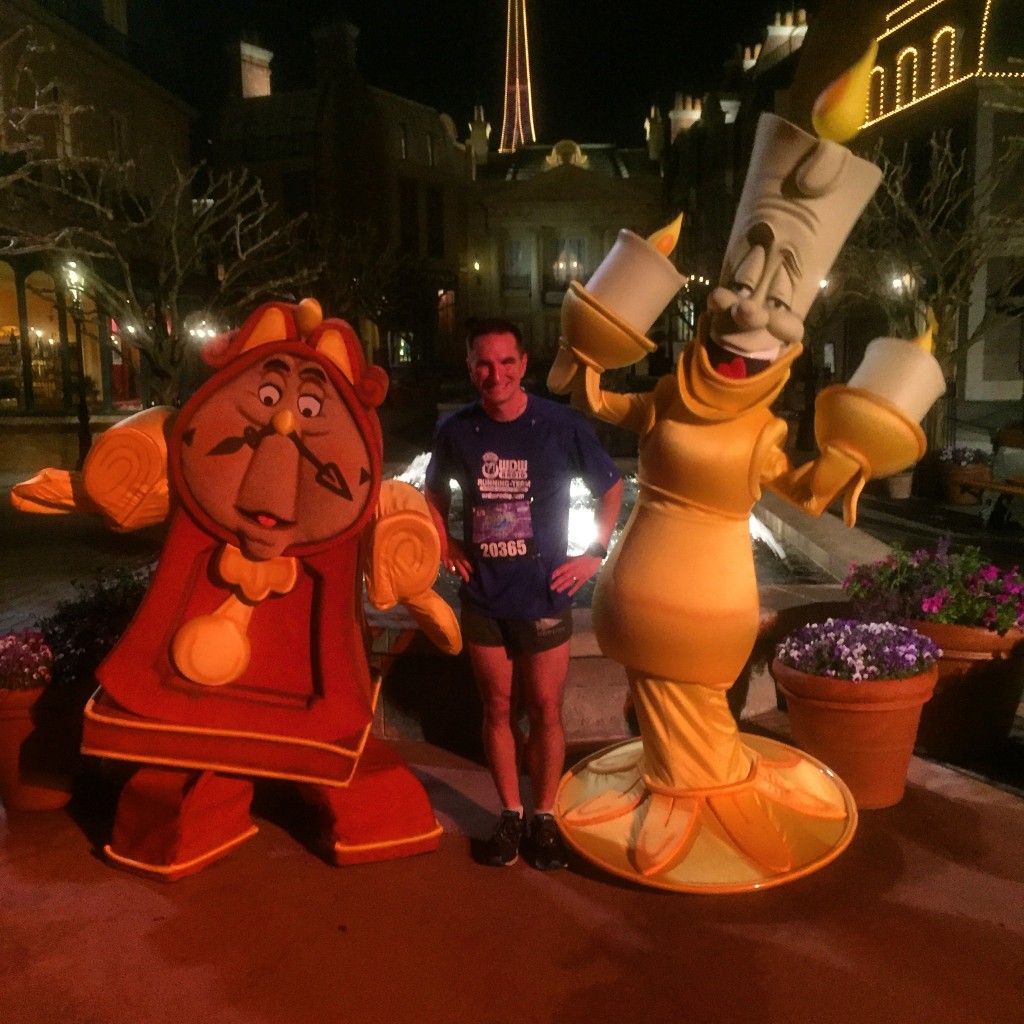 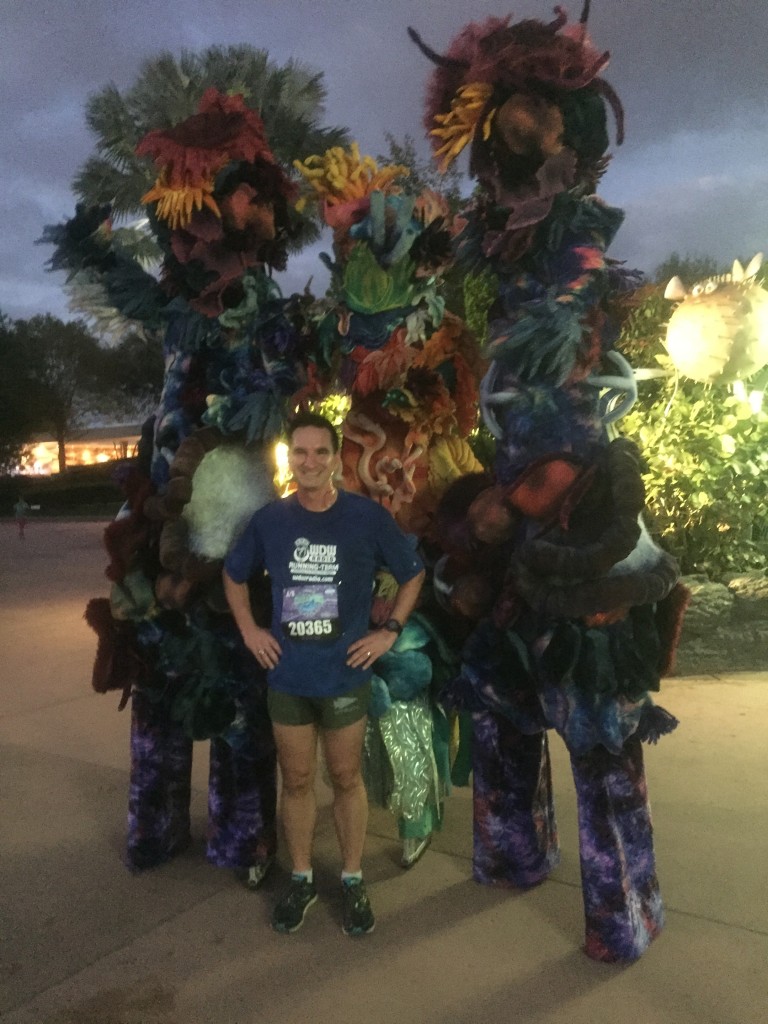 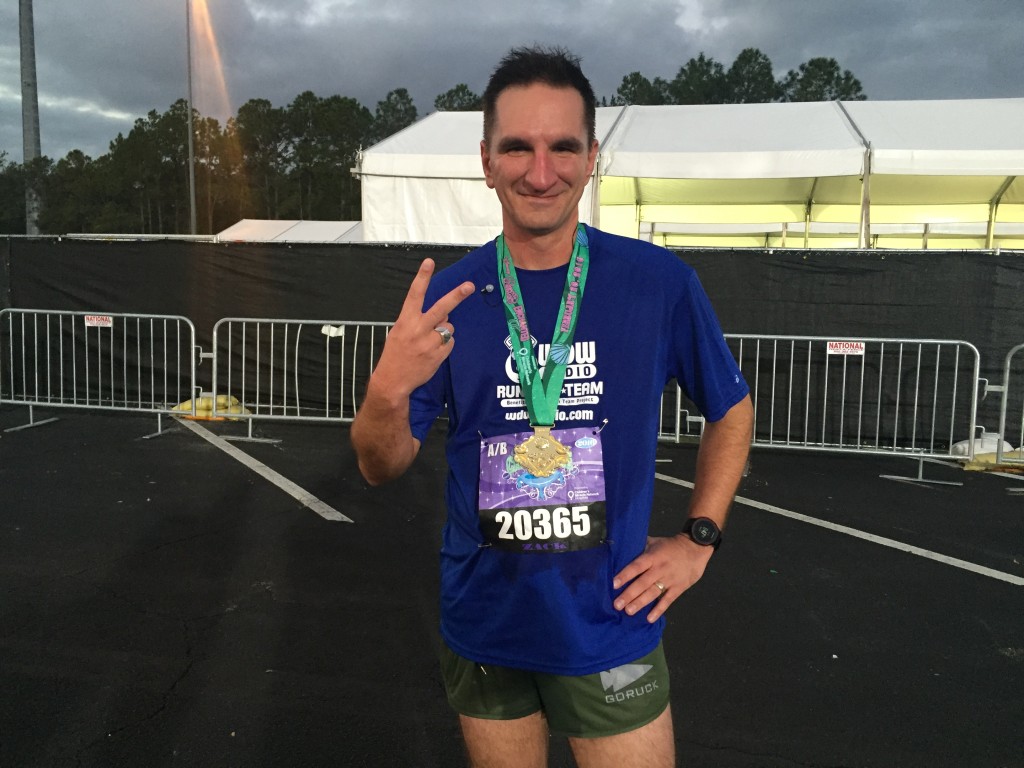 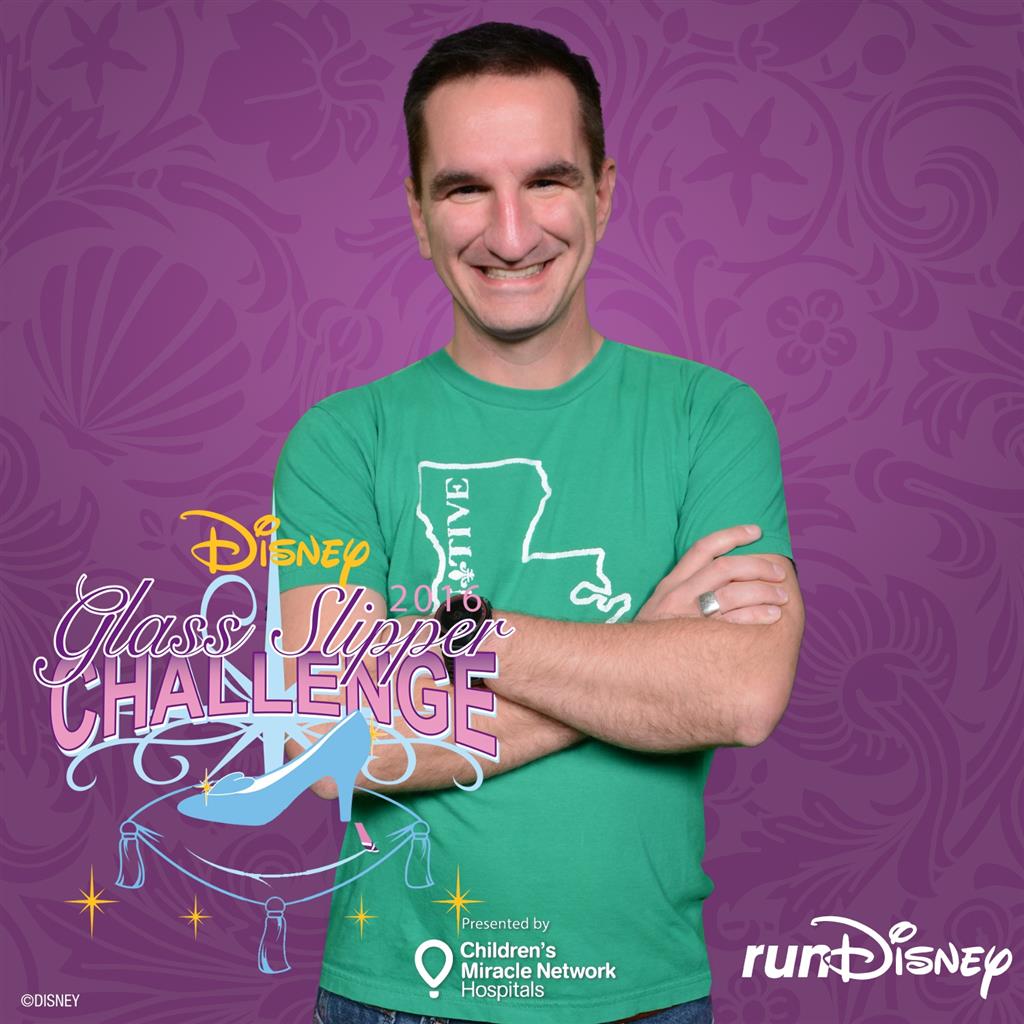